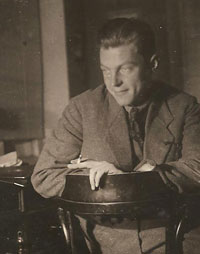 Furthermore, the Africa angle was not considered by investigative journalists. But it is possible that the KGB did pay attention.

Yefremov, according to his son Allan (named in honor of Allan Quartermain from H. Rider Haggard’s novels, and himself a geologist), loved Africa and had many books about the continent in English, German and French. He did know quite a lot about Southern Africa.

In 1942-43 Yefremov wrote and shortly thereafter published a story titled Meeting over Tuscarora. Let us look at its plotline.

In 1925 a Soviet ship in the Far East ran into a floating wreck of an old wooden sailing ship. Two divers went down to set charges to blow the wreck; they were able to recover some items, including pewter that concealed remnants of a manuscript. The seamen, including the narrator, Eliseyev, learned that a certain English Captain Ephraim Jesselton and his vessel, Saint Ann, suffered a wreck in 1793. Before his certain death, the Captain wrote down information about his amazing discovery during the investigations of the depths of the ocean between Australia and Africa. Using a bronze cylinder, Jesselton’s crew took samples of different matter from the bottom of the sea. One day they brought up in the cylinder what was later termed as “life-giving” water; it healed bad wounds, infections and provided rapid recovery. The Captain ran some tests and found out that the gravity of the water was much higher than that of the ordinary sea water; its color was unusual, bluish-grey. He drank some, and immediately felt an increase in vitality, strength, and experienced peculiar well-being.

The Captain made two bottles, one for his chemist friend (it is not clear whether he found a way to send it to Aberdeen), and one for himself. The sample was taken from the very bottom of a long, circular depression, and Yefremov provides exact coordinates in his story. The depth was nineteen thousand feet (Jesselton invented special means of taking samples). The Captain was certain he would such water in the ocean depths in the latitude of the Higher Forties, where there are very large depressions spread over wide areas. In the mysterious depths he hoped to find ancient matter which has never risen to the surface from the bottom (where there are no currents or waves).

Eliseyev who was transferred to another Soviet ship, later had a leave in Cape Town, South Africa, where by chance he met a singer, Ann Jesselton, whose repertoire included a song about the good ship Saint Anne, brave Captain Jesselton who sailed the South Seas, and his discovery near the Island of Mystery, of the water of life. This water provided vitality and brought the dead back to life. The Captain, the song told us, disappeared without leaving a trace.

Theirs was a chance meeting; it is clear from the story. The girl was eager to talk with Eliseyev until he mentioned Captain Jesselson. She did ask him about the ship’s departure, and later sent a radiogram to Eliseyev that she wanted to meet him when he would come back to Cape Town; no address was provided. Back in the USSR, Eliseyev tried to interest Soviet scientists in the matter, did get one famous geochemist excited who confirmed that there could be certain substances (which have disappeared from the earth’s surface, minerals and gases which are different from the existing ones in their chemical and physical structures) that can be found in the ancient hollows between Australia and S. Africa. But unconfirmed observations could not provide enough support for a lengthy expedition…Eliseyev (and Yefremov) was clearly sad.

The author of this article has liked the story ever since he read it; and believes there are interesting messages and information in it.

Was Yefremov trying to tell the world something about this “life-giving” water, including the coordinates where it can be harvested from the ocean’s floor? It is of interest that Yefremov sometimes jokingly referred to himself as “old Ephraim”.

Captain Jesselson begged those who would discover his manuscript to let the world know his secret. Did he indicate that he was not the only one who knew? There are clues in the strange story; and what did happen to the second bottle? Of course, the KGB could clearly be interested in it, too, if they believed that it is more than a work of fiction. Professor Yefremov had an obscure comment about the story in September of 1972. Commenting on his early stories, he wrote that the problem of the heavy water accumulation at the ocean depths outside of the thermal mixing still remains open…

DINOSAUR BONES, GIANTS, AND WORMS OF THE GOBI

In 1946, the Paleontological Institute of the Soviet Academy of Sciences negotiated with the Mongolian People's Republic to send expeditions to the Gobi Desert to search for fossils. Under the overall supervision of Academician Yuri A. Orlov, the actual field expeditions of 1946-1949 were led by Ivan Yefremov. The first expedition, in the summer of 1946, was mainly for reconnaissance. Great discoveries were made (keep in mind that the expeditions were poorly equipped and used inadequate means of transportation…): a huge partial skulland vertebrae of a gigantic tyrannosaurid were unearthed. The world-renowned 1948 expedition was a joint one of Soviet, Chinese, and Mongolian paleontologists.

The final expedition took place in 1949. Yefremov and his colleagues, having explored more than 25,000 kilometers, discovered many new sites with a great number of dinosaur and other reptiles bones. The Soviet scientist successfully applied some methods of taphonomy during the Mongolian expeditions. He made an assumption that Central Asia during Cretaceous was a territory with numerous bogs; water, and luxuriant vegetation. Those conditions were favorable for dinosaurs. Therefore, one could expect to find their remains…and plenty of fossils (460 cases, more than 120 tons taken to two museums in the Soviet Union and Mongolia) were discovered, just as he knew they would be…

But Yefremov’s health had deteriorated during the expeditions…

His fascinating nonfiction book Doroga Vetrov is dedicated to the Mongolian expeditions of the “dinosaur hunters ”.

Perhaps, the KGB wanted to find out what exactly Yefremov discovered in Mongolia in the 1940s. The dinosaur bones would not pose any threat to the Soviet Union, and he had nothing to hide regarding the paleontological aspect of the expeditions. However, as reported in an article from an obscure Russian magazine Mir Zazerkalya (Issue 11, 2002), Yefremov did discover something else in Mongolia. In a valley of burial grounds he found one that contained a skeleton of a giant measuring almost three meters. If true, this was a new revelation. The source named in the article is Vladimir Scherbakov, a well known, and controversial Russian writer, who wrote about ancient civilizations, riddles and mysteries of history, and similar subjects, and who passed away in 2004. Search of archives and books about Yefremov’s paleontological discoveries produced no tangible results for the author of this article.

It should be also mentioned that during his travels in Mongolia, Ivan Yefremov heard rumors and legends about the Mongolian Worm, and published a story in 1944 about a deadly encounter with the creature. Allghoi khorkhoi is said to possess an effective ability to kill people and animals instantly at a range of several feet. Yefremov described a creature that belonged to a completely unknown species. It was great thick worm wriggling over the mauve sand, repulsive and seemingly helpless. When approached by men, the worms turned into rings, and their color changed and darkened. The worms killed the two men in the story who ran toward them. But how did they kill? Yefremov described some ancient Mongol legends; the natives were quite terrified by the creature, and the worms were never examined by explorers. The creature kills at a distance and inflicts instantaneous death; it might do so by an exceptionally powerful electrical discharge, or some poison it emits. In 1972 Professor Yefremov wrote that there had been no confirmation that the worms actually exist today, that it was a creature that had become extinct but kept alive in folk tales; but some explorers today would argue his conclusion.

During the expeditions to Mongolia, Yefremov came up with a very interesting hypothesis. Earth's Rotation Axis -is the imaginary line that goes through the north and south geographic poles and that the Earth rotates around. Earth's rotation causes day and night to occur. If the sun's path is observed from the Earth's reference frame, it appears to move around the Earth in a path which is tilted with respect to the spin axis at 23.5°. This path is called the ecliptic . It tells us that the Earth's spin axis is tilted with respect to the plane of the Earth's solar orbit by 23.5°.

Yefremov advanced an idea that around 300 million years ago the Earth’s rotation axis was in the plane of Sun’s orbit. What forces would have tilted it to its present location, and what terrible consequences had resulted from the disaster of such proportions? This is a mystery that has not been solved …

This is hopefully the first of many research articles about a great scientist and writer who possessed incredible knowledge. The source and the fate of the knowledge are not at all clear. However, it is clear that the KGB looked for them.

In memory of the great writer, astronomers of the Crimean Astrophysical Observatory named after Yefremov one of the asteroids of the Solar system. This asteroid, called Efremiana , circles the Sun for about five years. A mineral, efremovite (NH4)2Mg2(SO4)3, was named in his honor, as well as some prehistoric animals. Yefremov’s remains lie in the Komarovo cemetery near Saint-Petersburg . A basalt tombstone covers the grave; an irregular polyhedron is placed over it. Two words are carved on the polyhedron: Ivan Yefremov, a nd the years of his life: 1907-1972.