The Black Death is back

The World Health Organization has issued an alert that Bubonic and Pneumonic Plague are back, ravaging Madagascar since August this year, causing panic in the heavily populated coastal cities. In total there have been 131 cases and 24 deaths. Despite this, the WHO as usual has advised against any travel or trade restrictions. 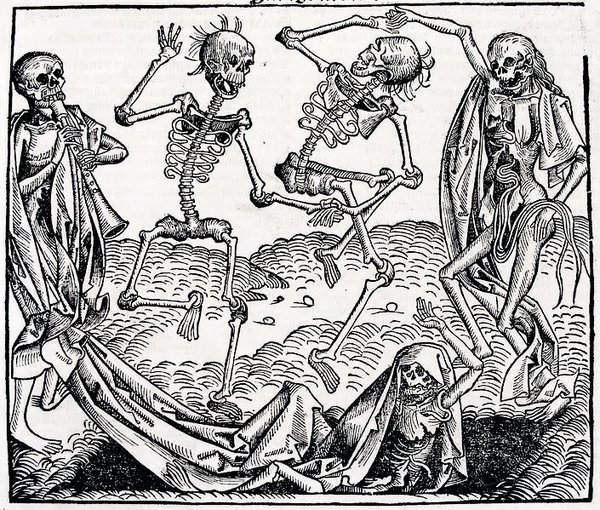 Bubonic Plague usually occurs annually in the Isle of Madagascar, lying off the south-eastern coast of Africa in the Indian Ocean. The epidemic season is between September and April so it comes as no surprise that this year there have been 58 recorded cases, causing seven deaths. What is worrying the health authorities is the more easily transmitted Pneumonic Plague, which is ravaging densely populated areas in the cities including the capital, Antananarivo. So far there have been 73 cases reported and 17 deaths.

The history book remembers that the dreaded Black Death killed up to one third of humankind in the fourteenth century and ravaged cities through the ages, bringing terrifying results, so much so that its appearance gave rise to many popular superstitions and sayings, among which the incantation when someone sneezes (usually of a religious nature or invoking health) because the sneeze was the first symptom of Bubonic Plague or its deadly cousin Pneumonic Plague, passed from person to person with a cough or sneeze.

As usual, no restrictions until...?

Despite this, and as usual, the WHO issues the following statement: "Based on the available information to date, the risk of international spread of plague appears very low. WHO advises against any restriction on travel or trade on Madagascar based on the available information". For the WHO, the risk of infection from Yersinia pestis, the name of the bacterium which causes the disease, is low, however: "travellers in rural areas of plague-endemic regions may be at risk, particularly if camping or hunting or if contact with rodents takes place". So the risk of infection cannot be that low, can it? And in addition to Bubonic Plague, now the Pneumonic form has appeared in areas which are usually free, in non-endemic regions. Pneumonic Plague can be spread among humans by coming into close contact.

For the WHO it is sufficient for people to receive post-exposure treatment with chemoprophylaxis as a preventive measure and if they develop symptoms of Plague, to get medical treatment; until then, the message is life as usual but avoid being bitten by fleas, mosquitoes or blood-sucking insects, taking formulations (lotions or sprays) based on DEET, IR3535, Icaridin (KBR3023) or Picaridin.

Symptoms can appear suddenly and include fever, chills, painful and inflamed lymph nodes, headaches, body pains, weakness, nausea and vomiting or shortness of breath with coughing and/or blood-tainted sputum. The incubation period is one to seven days. Bubonic plague gets its name from the painfully swollen lymph nodes, called Buboes. The fatality rate is usually 30 to 60 per cent and can reach 100 per cent in untreated Pneumonic Plague cases. The disease is spread through being bitten by vector fleas (infected fleas), contact with bodily fluids of infected persons or materials and inhalation of respiratory droplets or particles in the case of the Pneumonic form.