A team of scientists from California and Washington together with US military officials made their  own forecasts about possible causes for World War III to start. 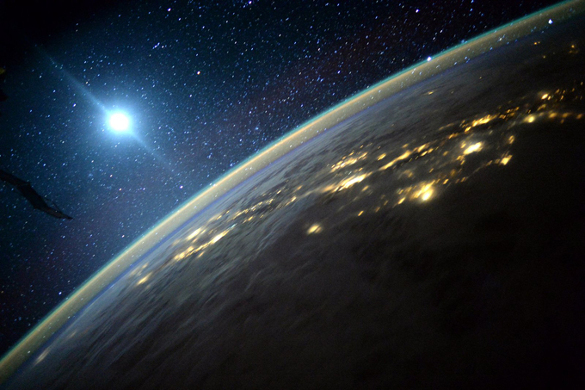 The chief of the research group from California Eric Rignot believes that the melting of the Antarctic ice will raise the global sea level by one meter. This will lead to the flooding of huge coastal areas, where millions of people currently live.

The researchers made the sensational announcement at a forum devoted to problems of the Earth in Princeton, USA. Taking into consideration the current melting of glaciers in the Antarctic, the "point of no return" has been passed, the scientists said.

According to the United States Air Force Gen. Paul Kern, mankind will start fighting for natural resources that remain under the ice so far. Kern also believes that the rivalry between Russia, the US and China for geopolitical redistribution of the world in the fight for hidden resources may trigger WWIII.

However, as it usually happens, different scientists share different opinions. Not that long ago, it was reported that the Earth would cool in about ten years. The experts, who came to such a conclusion, used a mathematical model of processes that currently take place on the sun. The sun is expected to reduce its activity. Scientists have observed that the number of spots that have appeared on the sun in the recent years is lower than before. The researchers believe that a lower quantity of sunspots heralds the process when global temperatures are expected to drop. The phenomenon has already occurred before - in XVI-XVII centuries.

British geophysics from Cardiff University explained the reason for the emergence of colder periods on Earth every 100,000 years. A report published by the Daily Mail said that global cooling occurs when oceans absorb carbon dioxide from the atmosphere. Currently, one can observe a reverse process: oceans release carbon dioxide and thus contribute to the greenhouse effect. The scientists have come to such a conclusion having studied bottom layers of the ocean. It was found that fossil organisms and rocks that would appear on the ocean floor every hundred thousand years contained an approximately equally high content of carbon dioxide.

There is another opinion. According to the website of Harvard University, Siberia and Canada will save the world from global warming. A study published in Science journal said that global warming would dramatically change the territory of the Siberian taiga. Northern ecosystems will thus become much more diverse, many new species of animals and plants will appear in northern territories of the world. Climate will become more humid on 60-70 percent of land. Remaining parts of the world will be considerably hotter and drier. Many plants will die and many animal species will migrate as a result of the climate change.