How to feed us all? Over half the world suffers from malnutrition

United Nations organisms meeting in Rome began the Forty-Third plenary session of the Commission on World Food Security with a warning that there must be an urgent transformation in the way we provide food and practise nutrition if the world is to meet the 2030 Sustainable Development Goals to eradicate extreme poverty, hunger and malnutrition by 2030. 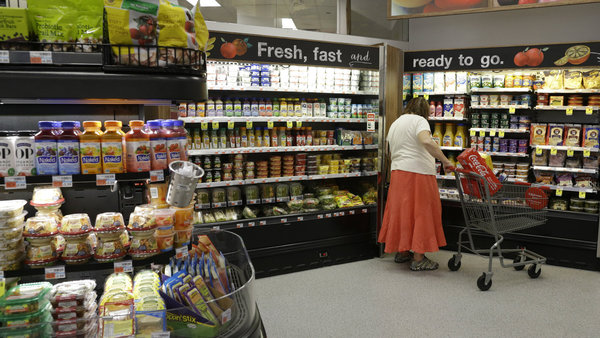 José Graziano da Silva, the Director-General of the UN Food and Agriculture Organization, stated that "there is a clear failure of food systems to deliver healthy diets to people." Backing up what he stated, he pointed out that more than 50 per cent of the world's population suffers from malnutrition of some form, whether it be hunger, obesity or deficiency of nutrients.

Amira Gornass, Chair of the Committee on World Food Security, highlighted the importance of setting up "sustainable food systems is in essence working to achieve the food security and nutrition-related targets of the 2030 Agenda." For this, she suggested  renewing "our efforts to build more sustainable food systems, which are better able to withstand changing weather patterns and extreme events and respond to nutritional needs -- building resilience into our food systems, mitigating the risks, and ensuring we are more prepared for climate shocks in the future."

In the words of Graziano da Silva, one of the problems is the "increasingly adverse context where population growth, a shrinking resource base, climate change and urbanization" which "will challenge our ability to find new ways of working and interacting." Kanayo F. Nwanze, President of the International Fund for Agricultural Development, underlines "We need to do more, do it better, faster and together [...] to transform rural areas into places where people can live fulfilling lives, and plan for a bright future; where every one of the world's three billion rural people is able to adapt to climate change; and were each day starts and ends with access to food that is nutritious and plentiful."

According to Elisabeth Rasmusson, the Assistant Executive Director of the UN's World Food Program, what is needed is a broad-based partnership among several stakeholders. The Committee on World Food Security already has the mechanisms to join together civil society, the private sector, financial institutions, state organisms, research facilities and other UN agencies.