How safe is the meat we eat? Is that roast chicken we brought from the take-away crawling with multi-resistant bacteria? As we mass-produce meat in factory farms and pump animals full of antibiotics, what effect is that having on the health of humans who consume it? The antibiotics are passed on through the food chain. 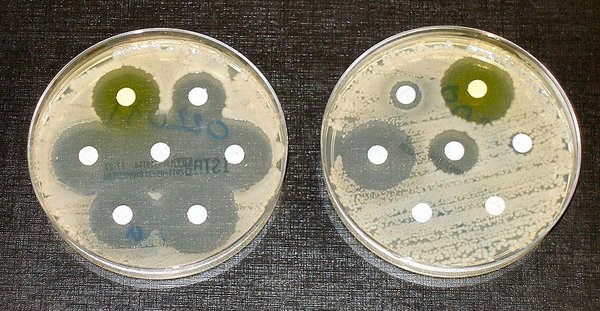 This same White Paper produced in 2014 quoted research which reported that "testing of packages of chicken breasts, purchased nationwide, revealed that nearly 50% contained at least one strain of multi-drug resistant bacteria".

Shocking? Or hardly surprising, since by manipulating and going against the laws of nature, humans create exponential reactions - as was the case with BSE, or Bovine Spongiform Encephalopathy, or Mad Cow Disease and its human cousin, nv (new variant) Creutzfeldt-Jakob Disease; cows were fed the pulverized bones and brains of other cows, forcing herbivores to become cannibals, with the ensuing public health impact.

How serious is the threat?

I use the term "pandemic" in the title because this problem affects all countries in which processed mass-produced meat is consumed. A strain of Salmonella enterica serotype Kentucky, ST198-X1, which is highly drug-resistant, has recently been discovered and has been labeled a pathogenic which may have a serious impact on public health. It is resistant to ciprofloxacin, which is the main drug used to treat salmonellosis, also to extended spectrum cephalosporins (ESCs), carbapenems, sulfonamides, most aminoglycosides, and azithromycin. ST198-X1 has been detected in humans in Europe and in Canada and in poultry flocks and turkey meat in Europe.

92 per cent of raw chicken samples

A foodborne outbreak which affected 156 hospital patients in Spain was caused by a multidrug resistant, extended-spectrum β-lactamase (ESBL) producing a strain of Klebsiella pneumonia. ESBL-producing enterobacteriaceae were also detected in Switzerland, in no less than 92 per cent of raw chicken samples taken from supermarkets and hospital kitchens. Also in Switzerland, an examination of kitchen gloves and cutting boards used to handle raw chicken showed that 12% of boards and 50% of gloves contained EBSL-producing E. coli.

There is an alternative. While there is nothing more annoying that a Vegan lecturing people on why they should not eat animal products, the fact is that by reducing meat intake, or eliminating it altogether, reduces the risk of exposure to multi-resistant bacteria and also moves more in line with what the human digestive tract was supposed to do.