The name of Yuri Gagarin will shine in the history of our civilization forever. Yet, not so many people know that Gagarin conducted scientific research about the world's first reusable spacecraft. Pravda.Ru had interview about the culmination in the development of Russian cosmonautics with Honored Test Pilot of the Russian Federation, test cosmonaut Sergei Tresvyatsky. 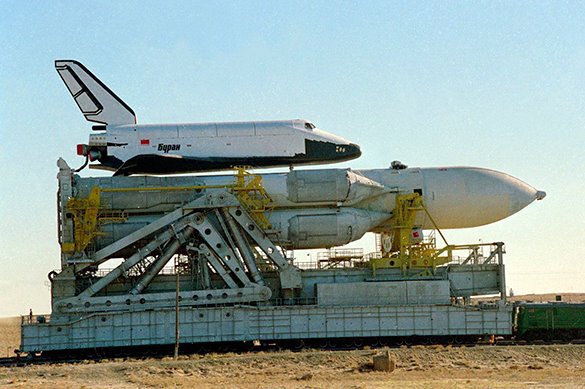 At the dawn of space exploration, it was believed that pilots were most prepared for the profession of a cosmonaut. It was in 1972 when the US announced the creation of the world's first space shuttle that was said to simplify and reduce the cost of delivery of various equipment and supplies into space.

USA's first space shuttles (Columbia, Discovery, Challenger, Atlantis) could be used as carriers of strike weapons. Soon afterwards, the Soviet Union unveiled the most powerful and most expensive space ship with a unique automatic landing system. The spacecraft was called Buran. On 15 November 1988, the Buran blasted off into space on board a unique carrier rocket Energia.

A few years later, the idea of the competition between Soviet and American space shuttles went into the background. However, the Americans continued their space shuttle program. The Buran project was closed, and one of the greatest high-tech achievements of the Soviet Union was lost in time.

Pravda.Ru had a chance to speak to a person, who literally went through all ups and downs of the grand Soviet space project. This is Soviet and Russian test pilot, Distinguished Test Pilot of the Russian Federation, Sergei Tresvyatsky.

"You know the project from the inside. Was there anything mystical about it as many people say?"

"The work of a huge number of talented people was concentrated on the project of the reusable spacecraft, and pilots were supposed to take this ship into space to achieve the required goal. It was a highly intense psychological, intellectual and physical activity. The Buran was a national project that the whole country was watching."

"But the degree of secrecy was high. The whole country was building the spaceship, but the country did not know anything about it."

"Yes, security was a part of the state system. It takes time for us to objectively analyze and not to lose most important things in the analysis of the recent historical past. We already know that we do miss certain elements of the lost Soviet system.

"The number of crew members on the Buran was limited to ten people, and six of them could be test cosmonauts. What were they supposed to do?"

"The crew of the Buran consisted of two pilots: the commander and the co-pilot. The task was to ensure test flights into space. We integrated and generated the training experience that certainly would not be so extensive for subsequent crews of the shuttle."

"When was the Buran to take off for its first manned  flight?"

"In eight months after the first flight. But then other times came."

"Many say that the Soviet Buran looked very much like the American space shuttle. What was the difference between the two projects?"

"We created a unique reusable transport space system. Energia carrier rocket was created not only for the Buran. The rocket was built to deliver space stations and many other objects into orbit. Noteworthy, the Americans have never landed their space shuttles automatically. In the USSR, automatic landing had been implemented as a result of numerous experimental test flights on Mig-25 and Tu-154 flying laboratories."

"The Buran was designed for 20 flights and was able to operate automatically, which earned the spaceship an entry into the Guinness Book of Records. Why did they still decide to use cosmonauts?"

"Pilots were strongly opposed to unmanned launches. Automatiс systems should be included in the control loop with man on top of it, not vice versa."

"Will Russia have its own reusable orbital spacecraft? Is there a need to have one?"

"Yes. This is another step in the development of space exploration. It is time to revisit similar projects on a higher technical and technological level."

"Japan, China and France have tried to create unmanned reusable space vehicles. Who has more chances to launch a  shuttle into space nowadays?"

"I believe that China will be successful at this point. We need to take effort not to let all the achievements destroy our civilization. This is great responsibility for all great nations, including China. The Americans shut down their space shuttle program in 2012. The program was technically exhausted. Nowadays, they try to spend less than they did before. We have seen a number of privately run projects that do not require extensive infrastructure. The Antares rocket is one of those projects."