Russia considers an opportunity to revisit space shuttle Buran program. The Buran blasted off for its maiden flight on November 15, 1989. Pravda.Ru spoke about the rise and fall of the Soviet program with test pilot and Hero of Russia, Magomed Tolboyev. 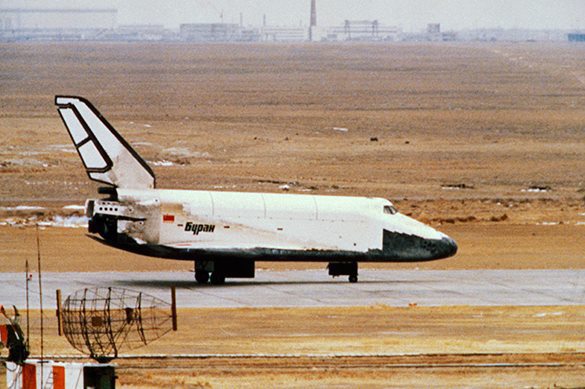 "I participated in horizontal flight tests of the Buran aircraft that was equipped with outboard engines of Su-37 and Su-27 jets. Buran completed its first and last flights successfully and smoothly.

"We even taught the French - they used to have the Hermes program back then, because the USSR was the only country in the world that had such an experience. The Americans do not have the technology still. The Americans land in an automatic mode. Buran was landing manually. It was a big tragedy for all those who were working on the program when the work on the project was closed. This was like canceling a premiere at the Bolshoi Theater for a ballet dancer.

"There were rumors about the ill fate of the Buran project. Several people who were testing the aircraft had been killed. Were you afraid?"

"We were far from such thoughts. We knew we were test pilots. That was ordinary work of professionals, and professionals can make mistakes."

"What did you think of the Buran when you first saw it?"

"We did not believe that it would fly. It looked like a jumbo plane. The aircraft weighed 80 tons - we did not believe that it could fly into space. Nearly the whole country was involved in the creation of the space shuttle. Six thousand enterprises, 1.200,000 thousand highly paid specialists took direct participation. Overall, the program embraced 3.6 million people. Test pilots were on top of that, because we were responsible for the final result."

"They say that then Minister Oleg Shishkin was terrified as he was watching the Buran landing. When the aircraft landed, he locked himself somewhere and got drunk."

"We all were shocked."

"How different was the Buran from a conventional aircraft?"

"No, nothing scary. We are professionals."

"Were there ant unusual or emergency situations?"

"There were no emergency situations that would be connected directly with the Buran. It was a miracle that such a program became possible, The Soviet electronic industry had always been ten times weaker than that in the USA or Japan. Yet, there were no malfunctions, and that was amazing."

"The Buran was the last technological achievement of the Soviet Union. Some people said, though that it was one of the reasons that collapsed the USSR - too much money was wasted."

"Well, why didn't the USA collapse because of the lunar program? The Americans had invested 14 billion of direct investment. Yet, they had taken advantage of the program because it gave a very powerful development to radio electronics. The USSR could have done that as well. There was a plethora of technologies used in the Buran project. In 1977, computer systems were beginning their development. On the Buran, there were four "Messer" computers. We had had the systems that the Americans did not even think of at that time."

"Nowadays, they think to resume the program. Will it be purely for military purposes this time? Can it be related to the lunar program?"

"Do you think a space shuttle should be made anew now?"

"Everything should be done from scratch now, but the basic technology of the Buran will remain. The old basis can be used, but modern technologies are completely different nowadays."

"The question is what for?"

"Because Russia is the only island on Earth vs. all these Yankees and all the disease that they spread. Russia must protect its territory from space, because this is the only way that is possible nowadays."