Alexei Navalny announced another protest action in Russia on September 9. On this day, which will be the single voting day in Russia, Navalny urges all Russians to publicly express protest against the pension reform. 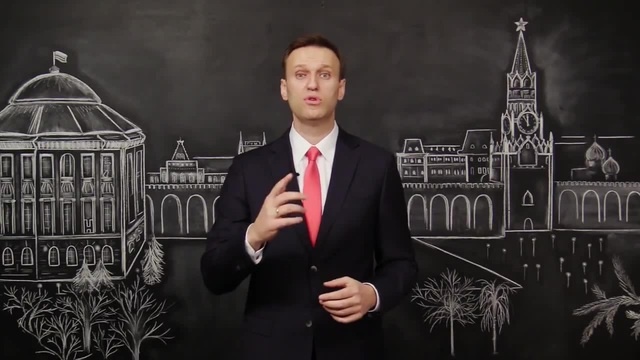 Mr. Navalny traditionally tries to make his mass events happen on special and important days. Apparently, the opposition blogger tries to receive as much media coverage as possible in Western countries. Most of Navalny's meetings and rallies take place as unauthorized events, in which his followers often clash with representatives of law-enforcement agencies.

It is important to understand that Alexei Navalny is not an independent persona. Simply put, he acts as a conductor of Western influence in Russia. It became especially evident after the rallies on Bolotnaya Square in Moscow. Those rallies became an attempt to make Maidan riots happen in Russia.

It is worthy of note that Mr. Navalny had openly spoken about the need to raise the retirement age in the past. These days, however, he wants the Russians to protest against the pension reform. We have no questions to Mr. Navalny about it, because this is common logic of his political "struggle," or business, better to say. He has been extremely consistent in this business of his.

The main question is why he had an opportunity to appear in the niche that is highly important for the entire Russian society. We believe that he appeared there because a public discussion on the need to raise the retirement age in Russia had failed from the very start.

The State Duma is now on holiday, so there is no communication between electors and  parliamentarians. However, Internet and social media never go on holidays. Russian bloggers express their ardent protest against the pension reform bill and pay absolutely no attention to statements about important changes that the bill may have during further discussions in the parliament.

State-run mass media, however, try to work in accordance with their agenda. First off, they do not call the pension reform a "reform" and refer to the experience of foreign states, even though Russia has major ideological discrepancies, if not confrontation, with Western countries.

At the same time, the silence of the government, which came up with this reform and started promoting it, and the active position of the parliament, which started passing the bill contrary to all of its principles and reputation, creates interesting political sentiments in the Russian society.

The majority of Russian people have their eyes on Vladimir Putin as the only power institution that remains with this majority and who is ready to conduct a full-fledged dialogue with his people, or listen to them, at least.

All this takes us back to Putin's pre-election campaign, which the presidential administration should have supported informationally. It turned out, though, that it was Putin himself, who conducted the campaign for himself with his own forces and his real policy.

In general, the situation with the pension reform is the same.  The Kremlin should have launched a massive propaganda campaign to inform the population and establish communication channels with people to make the discussion as massive as possible. Nevertheless, the Kremlin does not seem to be willing to pay attention to the problem, whereas the majority of Russians have their hopeful looks attached to President Putin as the only legitimate representative of power in the country.

What was the point of running the campaign of "transparent and legitimate" elections in Russia, if those who won the elections are unwilling to listen to their electors nor do they want to pay attention to what their electors say on such an important topic as retirement age.

As for Navalny and its protest activity, it is clear how he is going to promote it in the media. Alexei Navalny will portray himself as a person, whom the Russian administration accuses of working for the West, of stealing timber and buying luxury cars, etc, etc.

Meanwhile, a social protest in Russia is turning into a political one. Mr. Navalny can now win the support of not only young people, who want more adrenaline in their blood. He can win the support of mature adults - people of pre-retirement age, who make the core of so-called Putin's majority. The consolidated majority has made it possible for Russia to achieve considerable economic and political progress. Today, however, this majority may split. One is left to wonder if OMON riot police dare to twist elderly people's arms and drag them into police vans during street protests. What will Putin say if it happens?