Where does Russia keep her gold?

Last week, it was reported that the Central Bank of Turkey withdrew the national gold reserve from the US Federal Reserve System. Given the fact that the United States has been imposing whole packages of sanctions on Russia one after another since 2014, why does Russia still keep its gold and other assets in the USA? If it is not in the USA, then where does Russia keep her gold? 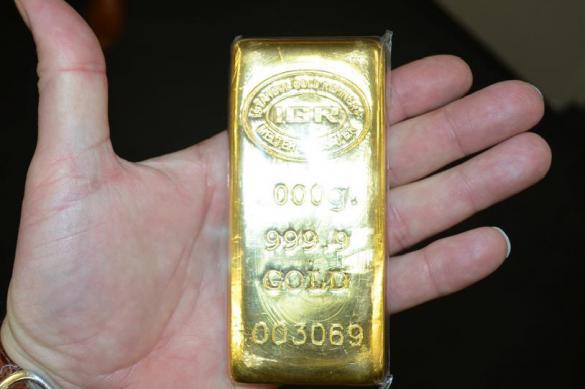 Accumulating physical gold by central banks has become a trend lately. Even such a small European country as Hungary returned three tons of its gold from London in early 2018. Venezuela, Holland, Austria and Germany did the same - the countries that feel pressure from the part of the Washington consensus. For example, both the European Union and the Western world have been criticizing Hungary heavily. The nation's gold reserve gives Hungarian Prime Minister Viktor Orban a reason to feel more confident.

What about Russia? She has been the main "whipping girl" in the eyes of the "civilized world" lately.

Yevgeny Fedorov, a member of the State Duma Committee on Budget and Taxes, told Pravda.Ru, that the information about the location of Russia's gold is classified." "Some of Russia's gold used to be stored in the USA, but we do not know whether Russia has returned that gold," the MP said. According to Yevgeny Fedorov, the Central Bank of Russia "is a branch of the US Federal Reserve, so I would not be surprised if we still keep some of our gold in the United States," he said. "If we don't keep our gold in the USA, then we do keep some of our assets there - i.e. we support the US economy, which is a very bad phenomenon," Fedorov told Pravda.Ru. This policy, the MP added, is stipulated in Article 15 of the Constitution, the system of international treaties and the status of the Central Bank of the Russian Federation.

To change such a state of affairs, Russia needs to conduct revolutionary reforms. "It is only now, when the law on counter-sentences raises the need to remove US managers from Russian ministries and the Central Bank. If Putin wins with his policy to end the subordination to the American unipolar world, then everything may work out well," Yevgeny Fedorov told Pravda.Ru.

In turn, researcher Mikhail Khazin told Pravda.Ru that Russia does not keep its physical gold in the US. "We keep our assets in US government securities, but we have been recently reducing the share of these assets significantly. There is a probability that the Americans will not give them back, so we need to get rid of those bonds," the expert told Pravda.Ru.

Pavel Salin, director of the Center for Policy Studies of the Finance University, also said that Russia does not keep its physical gold in the United States.

"The Russian gold reserve is stored in Russia, and the foreign exchange reserves are kept at US Treasuries. We tend to reduce their amount, but it is impossible to do it instantly, because it will look like an attempt to collapse the US debt market with all ensuing consequences. It could also trigger a major conflict with China that holds $1 trillion 200 million in these bonds and Japan - about one trillion dollars," the expert told Pravda.Ru.

According to the US Treasury, the Central Bank of Russia sold US government bonds worth 11.9 billion dollars from December to February, having this reduced the volume of assets by 11.2 percent ($93.8 billion). It is worthy of note that immediately after the introduction of sanctions against Russia in March 2014, the Central Bank of Russia withdrew about $115 billion from the US Federal Reserve System (FRS). However, two weeks after the incident, the Russian Central Bank returned the funds to Fed accounts, Reuters says.

Europe wants its gold back from US
21:13
Putin and Zelensky agree to attend G20 summit in Indonesia
16:34
Alexander Lukashenko gives Vladimir Putin tractor for birthday
15:26
Zelensky says too much about preemptive strikes on Russia and hides
14:02
Dependent Western media digging their own grave
14:37
Can the world renounce nuclear weapons for the sake of global peace?
13:51
Former director of Zaporizhzhia Nuclear Power Plant informed Kyiv about its resistance to flooding
18:13
Putin orders to take Zaporizhzhia Nuclear Power Plant into federal ownership
17:54
Americans crack down on Biden for sending even more millions to Ukraine after Hurricane Ian
15:02
Former Pentagon analyst: Russia obtains secure position to defend new territories
14:03
International Boxing Association reinstates boxers from Russia and Belarus
World
The Russian army responds to explosions of Nord Streams pipelines