President Vladimir Putin has approved the strategy of Russia's economic security for the period before 2030. 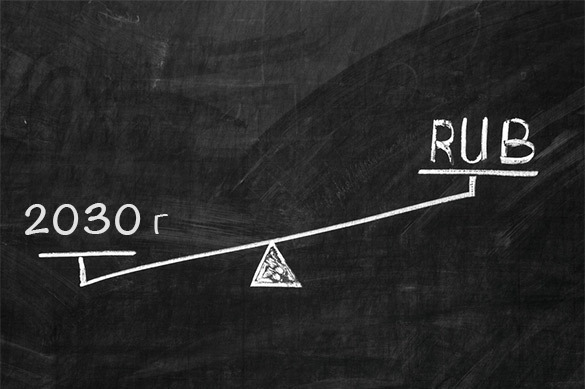 The main goal is to prevent crises in the oil and gas industry, scientific-technological and financial spheres, as well as to exclude a decline in the quality of life of Russian citizens. The strategy also provides for the improvement of a mechanism to respond to Western sanctions.

Pravda.Ru requested an expert opinion on the subject from the pro-rector of the Finance University, Doctor of Economics, Professor, Honored Economist of Russia, Sergei Silvestrov.

"The Russian government was instructed to elaborate measures to implement the economic security strategy of the Russian Federation until 2030. The document is designed to prevent crisis phenomena and respond to new challenges and threats to the national interests of the country. What do you think is the point of the document?"

"To begin with, the strategy of economic security is the development of the strategy that was adopted in late 2015. This is a national security strategy in general. The national security strategy shall be analyzed from the point of view of different priorities, in which economy is one of them. Naturally, economy should ensure development and improve standards of living. Stability implies security, which is influenced by various factors, both internal and external factors. There are many factors that we cannot show influence on. The Russian economy is an open one - it is one of the most open economies of the world. Plus, the Russian economy is not very identified. Russia's budget and finances, our commodity masses depend largely on external factors. It is no accident that every day we hear a lot on such issues as the price of a barrel of oil, negotiations in Syria, OPEC and so on.

"Almost over forty percent of the federal budget is formed on the basis of external factors, which leads to fluctuations. First of all, Russia needs to stabilize the budget. Russia can not plan its existence for a long time, because planning is difficult here. Naturally, we must make every effort to overcome the influence of the external factor that determines the instability of the Russian financial system under the conditions of a high degree of openness of the Russian economy. In addition, Russia can not ensure its high-tech development, because we are largely dependent on imports of high-tech products, and the import of these products grows faster than our exports that ensures the purchase of these imported products to maintain a high level of economy and increase labor productivity."

"Does the strategy prescribe practical steps and instruments to prevent crises in the domestic economy?"

"These are indicative instruments that make it possible to look around in a certain field of activity. It is up to federal agencies of executive power to determine appropriate local directions in the field of industrial development: where to go further and how much to spend. These are basic things for a strategy."