Two years ago, after Crimea's  reunification with Russia, Vladimir Putin left the G20 summit in Australia before it ended. At the summit in Hangzhou, China, Russian President Putin will be one of the most anticipated guests. The New York Times wrote in a recent article that Russia continues asserting itself as a global power, "even though its economy is smaller than Australia's." What about Russia being in tatters and all? 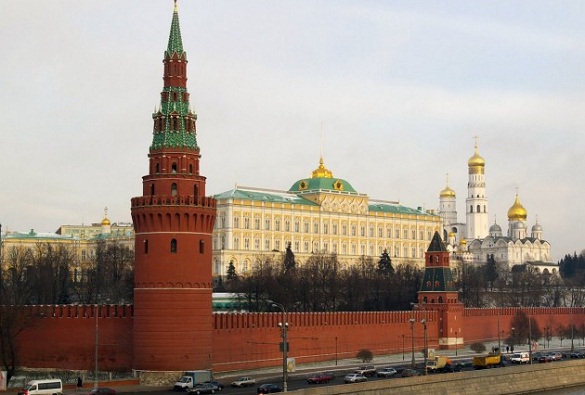 Ultimate goal of the West is to crush Russia

Washington's strategy is clear: to crush Russia economically and make her follow Western policies in Syria and Ukraine, then everywhere. What we have seen so far on the example of sanctions and the Magnitsky law is purely a political game that has only one goal: to stop Russia from being a leader in international geopolitics. Therefore, Western sanctions against Russia will continue indefinitely, until Russia proves that its economy can live and develop under any circumstances .

The bubble of the consumer society about to burst

One may continue proving the inefficiency and weakness of the Russian economy, adding that the Western economy is a titan that experiences temporal difficulties. Yet, the matter is not about the numbers, but processes that take place inside the neo-liberal model of capitalist development. The consumer god of the Western society is dead, although no one wants to acknowledge that, because the death of the god will kill the very model too.

Western economies have not been growing since the late 1990s (especially since 2008). Instead, they have been amassing debts as the printing press was working faster and faster under the slogan "Consume more!"  Finnish businessman and political analyst Jon Hellevig wrote about it in his works. According to him, if all those huge loans had been used for investment, nothing bad would have happened. Instead, the funds were used to cover losses in national economies and, in essence, to maintain the level of consumption that the countries could not afford, the analyst believes.

During 2005-2013, the accumulated growth in the Russian economy amounted to 147 percent, Hellevig calculated.  The Western economy in real GDP was declining. During 2004-2013, the undisputed leader in the growth of the debt burden was the United States of America: the country made burden $9.8 trillion heavier. During that period, the growth of the public debt exceeded GDP growth five times. Here is another example. "If we deduct the debt, we will see the real scale of the collapse of the Spanish economy - minus 56.3 percent, which is a terrifying figure. If we use the generally accepted formal method of calculating the rate of GDP growth, then we have minus 6.7 percent," Hellevig said.

The Russian economy is a debt-free  economy of real, rather than speculative sectors. Russia develops large infrastructure projects, such as, for example, roads, overpasses that will pay back sooner or later. Foreign investors have already started buying up undervalued shares of Russian companies, including government bonds. Russia's MICEX stock index reached a record high in August, having exceeded the pre-crisis levels of 2007.

There is nothing good about sanctions, but they can make Russia look for alternative ways of development. Russia does not need to rush. The Russian economy has another advantage - the state controls strategic industries, so the economy can mobilize quickly.

Russia has a clear vision of its future. Russia acts as a different civilization pole, which is very important for the dialectical development of the world that must do away with the American exceptionalism. Russia has risen from the hell of Yetsin's hell - isn't that a miracle?

Today, Russia's nuclear arms give the country an opportunity  to talk to the West on equal terms. Russia has a company of second echelon rebels - China, Iran, Syria, Turkey. The whole world can see that it is Russia, but not the West, that fights against terrorism, while it is the West, but not Russia, that topples legitimate governments.

Not that long ago, Turkish President Erdogan was promising to shoot down all Russian warplanes in Turkish airspace. US Secretary of State John Kerry has had 20 meetings with his Russian counterpart Sergei Lavrov under the conditions of Russia's "international isolation." China has been playing on the Russian side lately, even though China used to think of Russia as "northern territories" during Boris Yeltsin's presidency. Is Russia becoming a global power because it has found the truth?