Russia's economy will grow by 1.1% in 2017 against the backdrop of "relatively high oil prices." The United Nations Economic and Social Commission for Asia and the Pacific (ESCAP) presented an annual report in Bangkok. Relatively high oil prices are said to be the main reason for the growth of the Russian economy by 1.1% in 2017 after last year's reduction of 0.2%, the authors of the report said. 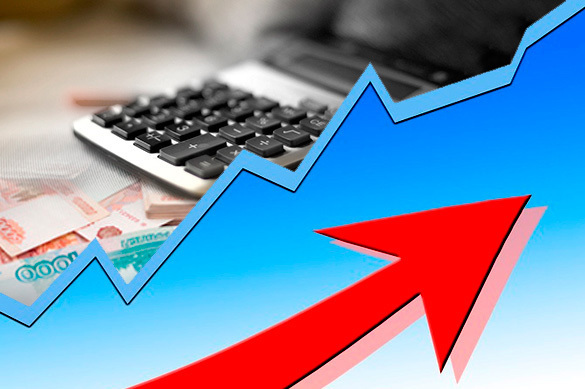 Moderate economic growth in the APR comes across risks of growing protectionism and global uncertainty in the region," the authors of the report say.

Meanwhile, Russian Prime Minister Dmitry Medvedev reported to President Vladimir Putin that the country's economy had entered the growing stage. The trend, Medvedev said, appeared at the end of last year. He noted that the growth in industrial production made up 1.3%.

The prime minister added that one can talk about a positive scenario for the development of the Russian economy. It also became known that the International Monetary Fund (IMF) changed its forecast for Russia: experts expect the economy to grow by 1.4% this year.

Pravda.Ru turned to the head of the Center for Economic Studies of the Institute of Globalisation and Social Movements, Vasily Koltashov, for an expert opinion on the subject.

"UN experts predict the growth of the Russian economy in 2017. Is it possible?"

"The growth is possible, and one does not have to be too smart to predict it. If the situation does not deteriorate sharply, one may say that we will achieve the economic growth of one percent. However, this level is below the level of statistical error. The reasons that may cause it to occur are questionable. The rise in oil prices, in the first place, has already ended. It appears that oil prices may slide from 55 to 51 dollars per barrel. Oil output has been declining, and long-term growth in oil prices is out of the question. The share of imports has increased, importers win, and domestic production decreases."

"The authors of the report also forecast the growth of developing economies of the Asia-Pacific region. Yet, this moderate economic growth in the APR will come across risks of growing protectionism and global uncertainty in the region. What does it mean? How will it affect Russia?"

"The US president has proclaimed protectionism as his prime policy. Even if Trump tries not to mention the very word "protectionism," the strategy on the whole is protectionist. Perhaps the victory of Marine Le Pen may split the European Union and create a new European bloc with protectionist policies, because this is the only way to stabilise and bring the economy out of the crisis.

"Maybe, the Americans will try to restrict the supplies of Chinese goods, to "break the chain" - this is what the authors of the report allude to. Yet, I think it may go about in-market protectionism. When the EU changes, France and England will pursue protectionist policies. Russia can make such a turn if adequate changes occur.

"Any sort of economic growth will come across protectionism: this is inevitable. The Chinese economy does not decline officially, but it loses growth every year. After a while, this is fraught with an industrial crisis in China."

"Is there a reason for Russia to hope for anything positive?"

"Any positive forecasts are controversial, as a rule, especially now, when the situation remains uncertain. As a matter of fact, the Russian economy is now stagnant."