The Russian economy has recently shown best results on the dynamics of GDP since 2014, a report by the Federal Service of State Statistics said. The agency evaluated the state of affairs of the Russian economy in the second quarter of the current year. Recession has slowed down twice. According to the IMF, Russia's GDP is to show -1.2% in 2016 and +1% in 2017. 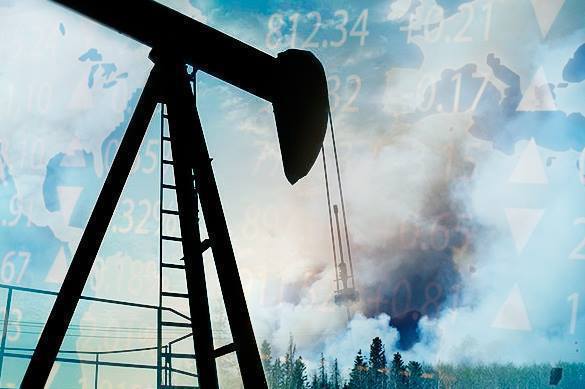 Will the Russian economy start growing?

For the time being, there are reasons to believe that the Russian economy will continue to grow. According to the Russian Statistics Agency (Rosstat), Russia's GDP has been declining for six consecutive quarters. Since the beginning of the crisis, the Russian economy has lost 5.5% of GDP.

On August 4th, Minister for Economic Development, Alexei Ulyukayev, set out a hope that Russia's GDP may show positive dynamics in the third quarter of 2016. Earlier, experts of the Bank of Russia said that the period of recession in the Russian economy ended. According to the bulletin of the Department of the Central Research and Forecasting of the Bank of Russia, domestic economy was expected to grow. Central Bank experts evaluated the growth of gross domestic product in the second quarter of 2016 at 0.2-0.3 percent. Bloomberg paid attention to the increase in volumes of rail and container transportation in Russia. The Basic Economic Development Forecast for 2016 envisages the decline in GDP by 0.3 percent. In early August, Alexei Ulyukayev said that the forecast for the end of 2016 would be updated.

Other forecasts are not so optimistic. A report from the Higher School of Economics said that the decline in GDP this year will make up about 1.5 percent. The World Bank estimates the fall of the Russian economy at 1.2 percent. In 2017, the WB predicts the growth by 1.4 percent. The IMF forecasts the growth by one percent in 2017.

No hope for change for the better

As we can see, estimates are somewhat contradictory, but they all indicate the imminent end of the economic decline in Russia. Pravda.Ru asked Vasily Oleynik, an expert at ITinvest, to share his views about the near future of the Russian economy.

"Does the growth in container transportation and interest in Russian assets abroad means the end of recession?"

"I'm surprised that Bloomberg assumed that those signs signaled Russia's exit from recession. In 2012-2013, the situation was the same, but the Russian economy was declining speedily. All this growth does not mean anything. Railway transportation declined considerably last year. Economy may fall for a long time, but it can not fall forever, and it does appear that Russia has found some balance."

"What are the most problematic aspects in the Russian economy? Low income levels, stagnation in retail trade, construction, or something else?"

"The most problematic aspect in the Russian economy is the Russian economy, that still remains entirely dependent on fuel exports. Russia receives 60% of income from exporting oil and natural gas. Unfortunately, there is no diversification of the economy. The government only prays for oil and gas prices not to fall further. Yet, the current level of prices is too low already, and Russia will run out of its reserves soon.

"Next year, the state will have to devalue the Russian ruble again to compensate the shortage of money. The purchasing power of the population continues falling. The Russian population keeps 11 trillion rubles in bank loans - this is a huge amount. The population is the end user, so any economic rise is out of the question. People have no money."

"Forecasts for oil demand for the coming years are pessimistic as well. Is it another negative trend?"

"They change those forecasts every six months. Countries try to increase oil production volumes. Saudi Arabia announced a new record, Iran has been increasing its production rapidly. Russia's current oil production remains on its highest level. The only country where oil production falls is the United States. Excess supply will therefore put pressure on the market in 2017.

"To make matters even worse, Saudi Arabia gives very good discounts and pushes Russian oil exports out from the Asian region. Russia loses the European sales market as well. We lose sales markets, and this poses a very serious threat for the ruble."

Red article on the Russian version of Pravda.Ru