Russian economy: In tatters, weakest or stable and growing?

Economists surveyed by Bloomberg named ten countries with worst expectations for GDP growth this year. Russia is to be ranked second in terms of GDP reduction - 3.5 percent - after Ukraine's four percent. Is it possible to say that the Russian economy is one of the weakest in the world? 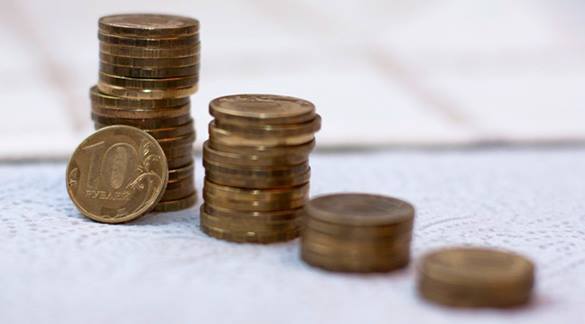 This is what Bloomberg actually says in one of its recent headlines. However, a question immediately arises as to why the agency estimates the "weakness" of the Russian economy on the basis of only one GDP indicator. Why is Greece ranked eighth on Bloomberg's list, even though the country is drowning in its debt, unemployment and junkiest of all ratings?

"Russia does experience a difficult economic situation due to the sanctions and falling of oil prices, - Maxim Shein, chief strategist at BCS financial group told Pravda.Ru. - Gross Domestic Product is, indeed, a vital measurement tool, an indicator of economic activity and development, but it is far from the only one of such tools. A country may demonstrate impressive growth in GDP, but suffer from hyperinflation and other problems that one would be only happy to replace with zero GDP growth. Therefore, such ratings must take into account many economic indicators, not just GDP alone."

Let's consider a number of encouraging economic indicators. For example, the net profit of Russian companies has grown to 3.97 trillion rubles in February-April 2015 (plus 183 percent year on year), after the loss of 152 billion rubles in January. It is profit that indicates economic growth. Therefore, the rapid growth of corporate profits this spring indicates speedy improvement in the industry. Consumer activity has increased sharply as well - from minus 24 at the end of the year grew to minus 14. All components of the index - have grown, including the index of national welfare (+5%).

According to experts, this is based on the stabilization of the ruble and a sharp slowdown in inflation. The inflation rate was zero during June 23-29 after two weeks of 0.1 percent, Rosstat said on Wednesday. Russian consumers have adapted themselves to the new exchange rate, lower oil prices and a drop in orders for small and medium-sized businesses. Businesses are also more optimistic about the situation. There are branches in the Russian industry that profit from Western sanctions. The sanctions have revived the field of domestic tourism in Russia and opened doors for selling domestic product both inside and outside Russia.

"We have stabilized the situation and put out negative vibrations. We are firmly going through the period of difficulties. First of all, this is because Russia's economy has accumulated a sufficient reserve of inner strength. We maintain a positive trade balance , our non-oil exports are increasing. We have a stable budget, our financial and banking systems have adapted to new conditions. We've managed to stabilize the exchange rate, and maintain reserves," Putin said.

"For some, a crisis is a problem, and for someone else, a crisis means new opportunities, - said Maxim Shein. - We can, in fact, do a lot, because it is in times of crises when people resort to action. A crisis makes people wake up, it takes them out of hibernation," the expert told Pravda.Ru.

Can a weak economy invest about $55 billion during about six years in a gas project with China to develop gas fields in Eastern Siberia and in the construction of a gas pipeline? This construction was recognized as the largest in the world.

The United States profits from calling the Russian economy weak, as it is easier for the US to build a propaganda campaign to put more and more pressure on our country. Russia's economic modernization during the beginning of the 200s is comparable to that of Germany and Japan after World War II, Alexander Razuvaev, an analyst with Alpari Company told Prime. In real terms, GDP has grown by more than 90 percent. In 2013, according to the Organization for Economic Cooperation and Development, Russia was ranked first in Europe and fifth in the world in terms of GDP size and purchasing capacity parity. A developed stock market was formed. Gazprom's capitalization has exceeded $300 billion, Rosneft's $100 billion. The capitalization of the stock market was comparable to the size of the entire economy.