Russia and Japan bury the hatchet of Kuril Islands dispute

The visit of Japanese Prime Minister Shinzo Abe to Russia has confirmed the transition of Russian-Japanese relations to a new quality. Abe's visits to Moscow are now perceived as common work trips. 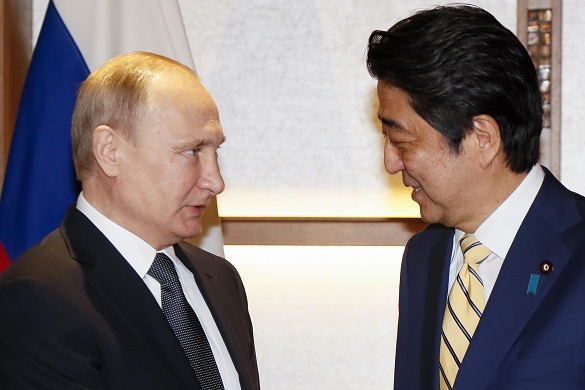 It appears that the most painful issue in bilateral relations between Russia and Japan has been resolved - the dispute about the Kuril Islands. They will remain Russian territory, but will become an object for joint economic activity for Russia and Japan. An agreement was reached about a joint project for the cultivation of fish and sea urchins on four northern islands of the Kuril chain. Japanese officials are expected to come to the Southern Kurils in summer to study specific opportunities for cooperation.

The Kurils will thus obtain prospects for large-scale Japanese and joint investment. This will give a powerful impetus to the development of the islands, whereas both Russia and Japan will receive mutually beneficial economic profits from working on the Kuril Islands.

The parties also discussed the current crisis on the Korean Peninsula. Japan faces a number of critical problems and threats, including the sad prospect of finding itself in the center of a possible military conflict.

The problem of energy deficiency also remains extremely important for Japan. The election of Donald Trump as US President has given Japan an opportunity to strengthen contacts with Moscow and possibly weaken its vassal dependence on Washington.

The main result of Abe's visit to Moscow was a move to oil the wheels of the rusty dispute over the Kurile Islands. The dispute has been a strong obstacle for the development of Russian-Japanese relations for decades.

When opening the meeting with Japanese Prime Minister Shinzo Abe, Russian President Putin pointed out progress in the relations between the two countries. He set out a hope that the relationship between Russia and Japan will continue improving. "Japan is our good neighbor and a very promising partner," Putin added.

In turn, Shinzo Abe noted that the two countries managed to achieve good results in the relations between departments for foreign affairs and defense.

According to Abe, it was important to discuss various issues, including issues of bilateral relations, such as the conclusion of a peace treaty.

"The current situation is fundamentally different from what we observed 2-3 years ago when there were no such projects in bilateral relations, when the Japanese side would link new ideas and moves with issues of the territorial dispute. Clearly, the Japanese do not renounce their claims now, but those claims cease to hamper the development of bilateral relations. Russia has suggested this approach before, and if they can accept it now, we can only welcome it," chairman of the Federation Council Committee on International Affairs, Konstantin Kosachev told Pravda.Ru.