Russia will never give away either Crimea or Kuril Islands

Polish historian Andrzej Zapalovsky believes that US President Trump is bargaining on US interests, not only in relation to Ukraine but also on other issues. According to the historian, the sentiments inside the circles close to the US administration are changing because Russia could get away with its actions without being punished accordingly for them. 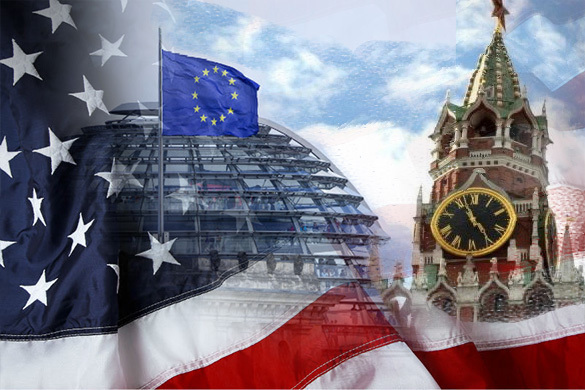 "The time to reset the US-Russian relations will definitely come, but the question is what price it would have," Andrzej Zapalovsky said in an interview with Nasz Dziennik publication.

Donald Trump is also supposed to receive the support of Republican-dominated Congress and the Senate. So-called hawkish officials in US power structures preferred an unfriendly policy in the US relations with Russia, to force the country to make certain decisions. The behavior of General Michael Flynn in his cooperation with the Russian administration was absolutely unacceptable for those people, the Polish expert believes.

According to the historian, the Crimea could become a bargaining chip in a larger political scheme. One can be certain that Russia will not give the Crimea to Ukraine, nor will Russia give the Kuril Islands to Japan. There will not be a precedent in Russia's history when the country would give up on its territories, the Polish expert believes.

One can, of course, talk about the return of the Crimea to Ukraine, but everyone knows that it will not going to happen. Holland and France may change their approach to Russia as a result of upcoming presidential elections in the two countries. The right may win, and they may recognize the Crimea as Russia. Therefore, the USA may change its stance on the question as well.

While the United States is trying to fulfill global interests, Europe is concerned about regional issues, and Europe is interested in building a uniform policy in relations with Moscow.

"Do average French or Dutch people worry about who owns the Crimea? The societies of these countries worry about the economic situation in their countries in the first place," the historian believes.

To crown it all, the state of affairs in Ukraine does not depend on Russia now. There are several countries that pursue their interests in Ukraine. Who is going to restore the ruined Donbass in the event the region is included in the bankrupt state of Ukraine?