On Thursday, December 30, the US Treasury Department announced new sanctions against Russia in connection with alleged interference in the US presidential election. Outgoing US President Barack Obama signed a decree to impose sanctions on six natural persons and five departments and organizations of the Russian Federation. 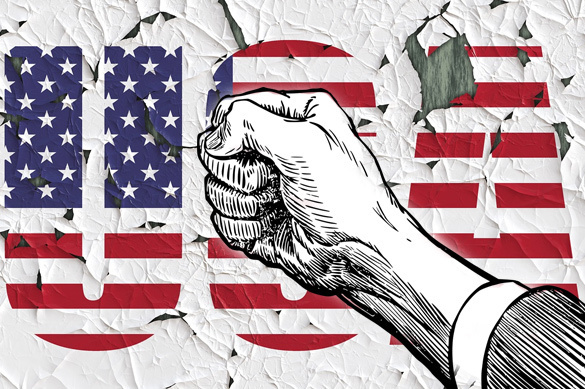 The list in particular, includes a number of executives of the Main Directorate of the General Staff of the Russian Federation - the head of the Main Intelligence Directorate (GRU), Igor Korobov, as well as Igor Kostyukov, Vladimir Alekseev and Sergey Gizunov. GRU and FSB (Federal Security Bureau) are also listed as sanctioned departments in the "companies and agencies" section.  Russian programmers Alexey Belan and Evgeny Bogachev also appear on the list of newly sanctioned Russian individuals, reports TASS.

The sanctions stipulate for the blockage of property and a ban to enter the United States.

Later, it became known that the United States was also expelling 35 Russian diplomats from Washington and San Francisco as part of the restrictive measures introduced in connection with alleged Russian cyber attacks, the Associated Press said Thursday.

The diplomats were given 72 hours to leave the USA. They will not be allowed to access diplomatic missions by noon Friday, US time.

The Kremlin spokesman said that responsive measures would be based on the principle of reciprocity. Mr. Peskov expressed regrets about the decisions of the White House. According to him, the new sanctions came as another manifestation of aggressive and unpredictable foreign policy of the outgoing Obama administration.

Representatives for the Russian Embassy in the United States said that the new complex of sanctions from the White House against Russia was approved to further undermine bilateral relations.

John McCain, the chief of the US armed forces committee, believes that the administration of Barack Obama has made a belated decision about the new sanctions against Russia. According to McCain, these sanctions are not serious.

US President-elect Donald Trump announced his intention to meet with the chiefs of US intelligence services to receive new information about the current situation in the US-Russian relations. The meeting is said to take place next week.

Russian Prime Minister Dmitry Medvedev stated that the new sanctions against Russia were an act of "anti-Russian agony of the United States.

"It's sad that the Obama administration that started its life with the recovery of cooperation is finishing it with an act of anti-Russian agony. RIP," Medvedev tweeted on December 30.

"What do you think of the new sanctions?"

"Isn't it clear that hackers do not need any assistance from either the FSB or the GRU (Main Intelligence Directorate) to break into servers in the United States. If there had been such a need, we would have found a way to do it without attracting any attention at all. It's just utter nonsense."

"How can Russia respond?"

"It's hard to say, but Russia will definitely retaliate. Russia will make them cough for a very long time, until they lift those sanctions. It appears to me that the newly elected US president will deal with these new sanctions in the nearest future, as soon as he takes office. I hope that your readers understand that the administrations of the listed departments is, to put it mildly, ten times smarter than the sitting US president. This is just unbelievable stupidity," the retired FSB general told Pravda.Ru.