Russia to experience another economic collapse in 2017?

The devaluation of the Russian rouble is inevitable, supervisor of "Stolypin Club" program,  Yakov Mirkin believes. According to the specialist, Russia currently experiences the crisis scenario of 1998, 2009 and 2014. 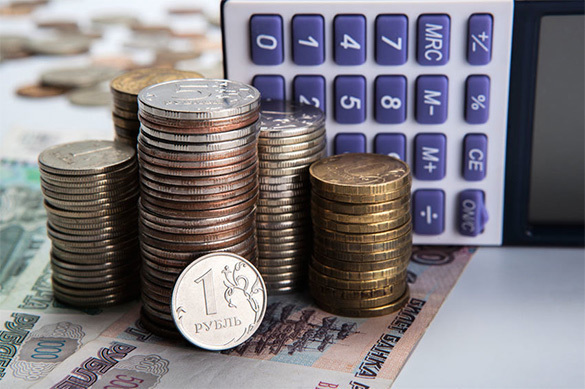 According to Bloomberg analysts, rouble assets may ensure the yield of 15 percent for investors by the end of 2017. In late 2016, during only three months, the profitability of investments in rouble assets made up seven percent, which was the highest rate among 31 basic currencies of the world.

Borrowing dollars at low interest rates in foreign markets, investors profit by investing in Russia. This is due to the high key rate of the Bank of Russia and the more or less stable rouble. However, according to Yakov Mirkin, this is not a positive trend. The expert believes that Russia has every reason to remain concerned. According to Mirkin, Russia may soon experience another "explosive wave" of devaluation of the national currency that would repeat the previous scenarios of the collapse of the Russian rouble.

"The stabilization of the rouble at a very high rouble interest rate leads to a huge influx of speculative money from non-residents from abroad, in carry trade operations. Roughly speaking, dollars and euros are invested in roubles at high interest rates, while the stable or even the strengthening rouble gives an opportunity to bring them back in an unspecified period of time and convert roubles in dollars and euros again, thus receiving very high currency profits. This is a standard mechanism for the preparation of the imminent currency and financial crisis in Russia, that has worked three times in the past and may apparently work for the fourth time," the economist believes.

Earlier, Director of the Department for Macroeconomic Forecasting at the Ministry of Economic Development, Kirill Tremasov, announced the growth in Russia's GDP by the end of 2016. "In the third and the fourth quarter, we will see GDP moving slightly up," the official told reporters.

Yakov Mirkin is known as "a monster of pessimism." The economist is a member of the "Stolypin Club", but he constantly says that the Russian economy is declining and the general situation is worsening. In the past, Mirkin predicted the collapse of world prices on raw materials and Russia's expulsion from traditional fuel markets. The economist also predicted economic sanctions, the financial and technological boycott of the West against the backdrop of Russia's critical dependence on imports and the cyclic strengthening of the US dollar.

However, in October of 2016, Russian mining companies launched an impressive amount of new projects. It all started with the purchase of a consortium, in which Russia's oil giant Rosneft plays the leading roles. The consortium was purchased by Indian oil company Essar Oil for $7.5 billion. Another major deal in the Indian market was Gazprom's liquified natural gas agreement that supplemented the agreement on annual supplies of 2.5 million tons.

The head of the IMF mission, Ernesto Ramirez Rigo, said that the Russian economy was recovering, even though economic activities in 2016 were going to decline by 0.6%. The economic recovery is expected to accelerate in 2017 - up to 1.1 percent, due to rising prices on oil.

Experts also noted the decline in inflation in Russia. In their view, inflation continues to slow down and is expected to drop by 5.6% by the end of 2016. In 2017, specialists forecast further decline in the inflation rate to 4%.