According to international experts, a quarter century later, the share of liquified natural gas (LNG) in the world gas trade will increase up to 53 percent from the current 40. Yet, it appears that even in 25 years, LNG supplies will not pose any serious competition to Russia's Gazprom and its natural gas shipments to Europe. Liquefied natural gas is much more expensive. This product is for those who either do not want to buy from Russia, or do not have anything else to buy. 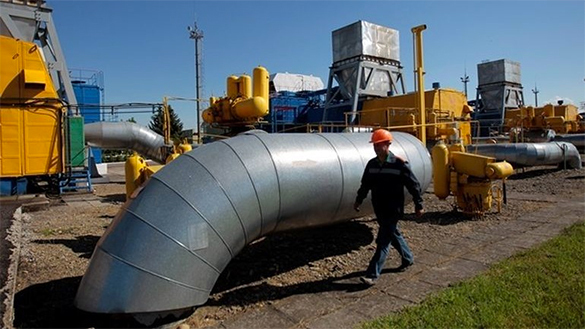 What does an increase in the share of liquified natural gas mean for Russia? Last year, most Western media outlets were predicting "apocalyptic consequences" for Russian gas supplies to Europe after the US threatened to start exporting its liquefied natural gas to the continent. If the USA could squeeze Gazprom out from the European gas market, the losses of the monopoly would count tens of billions of dollars annually.

A year has passed, and, miraculously, Europe has not switched either to the American or the Qatari liquified natural gas. Well, Poland and the Baltic States have, but these countries are known for their rabid aversion to Russia. They would rather suffer huge losses, but they will not buy from Russia.

Still, the alternative fuel comes from Qatar, but not the USA. The blue fuel costs Warsaw $270 per thousand cubic meters - $100 more expensive than Russia's natural gas that the country still receives under long-term contracts.

Other, more reasonable European countries among the "old" (and rich) Europe know how to count their money. Those countries do not mind easing their fuel dependence on Russia. They invent anti-Russian myths and search for alternatives, such as, for example, the Nabucco project. Still, they do not even consider liquified natural gas.

To produce liquified natural gas, one needs to expose natural gas to temperatures of -160 degrees. The electricity required for the process is equivalent to ten percent of liquified fuel, which increases the cost of the fuel by ten percent accordingly. The produced liquid is supposed to be stored inside super capsules made of special alloys. Common steel does not stand extremely low temperatures. The capsules also require expensive electronic equipment and protective systems. The vessels that deliver liquified natural gas to other continents are supposed to be equipped accordingly as well. According to analysts, additional liquefaction costs make up $200 per thousand cubic meters as of 2014, excluding the cost of gas itself.

Yet, who buys and sells the current 40 percent of the world LNG production? This is Japan, for example. This country had to abandon nuclear power after the Fukushima disaster. In this situation, liquified natural gas from Qatar that cost $700 per thousand cubic meters a couple of years ago (now, however, almost three times cheaper) is still perceived as "manna from heaven" for Japan.

China's industry needs a significant amount of energy, but because of the relatively cheap labor force, the thriving first economy of the world can afford liquefied natural gas.

Finally, there are countries that simply can not export their natural gas otherwise than by sea and in liquid form by virtue of their geographical position -  Australia or Malaysia, for instance.

Qatar is a country that would be happy to sell its natural gas to Europe via pipelines. However, Syria refused to give permission for the construction of the pipeline on its territory. This is what Russians should always bear in mind too, when someone asks them what Russia is doing in Syria and why it is helping the Syrian government.