At a recent meeting with the Commission for Strategic Development of the Fuel and Energy Sector and Environment Security, President Vladimir Putin said, "The forecasts all predict that global demand for gas will grow over the coming years, above all in Asia. The liquefied natural gas market is set to become more and more important. Building modern LNG facilities takes five to seven years, sometimes even up to ten years. We have to put all the right conditions in place for developing this sector." 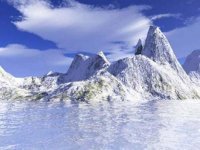 The current prices paid for gas in Asia are about 600 dollars for 1000 cubic metres, while the Europeans pay only 400 dollars for the same amount of gas. Naturally, Russia will be more interested in Asian customers in the long run. Russia's main Asian gas pipeline projects are the Altai gas pipeline and the Sakhalin-Khabarovsk-Vladivostok gas pipeline which shall link Gazprom with China and India. Thus, the Russian gas market is witnessing a transformation. The ties with Asia are strengthened, according to greater attractiveness and profitability.

Russia's natural gas wealth is being developed mainly by Gazprom, a relatively young firm. On the 17th of February 2013, it celebrated its 20th birthday, but Russia's gas wealth is very old. In 1993, the state-owned gas company was transformed into a Russian stock company with the name of Gazprom. It has started to develop huge deposits in Eastern Siberia and the Russian Far East, which cover almost 60 percent of the Russian Federation. According to information on the Gazprom website, "the initial aggregate gas resources of Eastern Russia account for 52.4 trillion cubic metres onshore and 14.9 trillion cubic metres offshore."

The state-run Eastern Gas Programme serves as basic document for the development of the gas industry in Eastern Russia, as implemented by Gazprom. The firm owns an abundant resource base in Eastern Russia. Its subsidiary and affiliated companies hold over 40 licences for the right to use subsurface resources in Eastern Siberia and the Russian Far East. Some of these licences pertain to the Chayanda field in Yakutia, the Chikanskoye field in Irkutsk Oblast, the Sobinskoye field in Krasnoyarsk Krai and the Kirinskoye field offshore the Sakhalin Island on the Sakhalin shelf.

Sakhalin II is a large integrated project with Gazprom as majority shareholder. Exports began in 2009. In Sakhalin III, geological exploration is currently underway at the Kirinskoye field. Natural gas production is planned for 2014. Sakhalin is Russia's largest island in the North Pacific, part of Sakhalin Oblast. Sakhalin's economy relied mainly on fishing, forestry and coal mining, before Gazprom arrived as biggest employer on the island.

The indigenous peoples still living here are the Ainu, Oroks and Nivkhs. The island's surface of 72.500 square kilometres has been inhabited since the Neolithic Stone Age. Some pottery and stone hatchets have survived from those early times. After the Great Patriotic War (1941-1945) the Soviet Union took over the administration of Sakhalin, which has remained Russian territory since then. The Strait of Tartary separates the island from the Russian mainland. In winter, it often freezes in its narrowest part.

Sakhalin Island is 950 kilometres long and 170 kilometres wide. Nearly two-thirds are covered by mountains, with crystalline rocks at the capes. The main river is the Tym. It flows into the Sea of Okhotsk and can be navigated by rafts and light boats for about 80 kilometres upstream. Sakhalin is connected by air to Moscow, Khabarovsk, Vladivostok and the Chinese cities of Dalian, Harbin and Shanghai via the Yuzhno-Sakhalinsk Airport. It can also be reached by ferry through the SSC train ferry from the Russian mainland port of Vanino.

The flora and fauna of this island are remarkable. The Sakhalin fir (Abies sachalinensis) and the Dahurian birch (Larix gmelinii) grow here as main trees, but also the Siberian birch (Betula platyphylla) and the Amur cork tree (Phelledon amurense). Plenty of berries can be picked in the rich underwoods: cloudberries, cranberries, crowberries, raspberries and whortleberries. Due to its remoteness, the island is home to bears, foxes, otters and sables. Endemic birds are the Sakhalin Leaf Warbler (Phylloscopus borealoides) and the Nordmann's Greenshank (Tringa guttifer). Numerous whales visit the shores of Sakhalin Island: Beluga, Bowhead, Gray and North Pacific Whales.

Sakhalin's capital city is Yuzhno-Sakhalinsk. The 182.000 inhabitants are mostly Russians and a Korean minority. Originally, it was a settlement founded by convicts, in 1882. In 1945, it was granted town status. Today, Yuzhno-Sakhalinsk is the administrative centre of Sakhalin Oblast, served by the Yuzhno-Sakhalinsk Airport and the Sakhalin Railway. It is home to the Sakhalin State University and the Institute of Economics, Law and Informatics.

The largest ports of Sakhalin Island are Kholmsk and Korsakov. Kholmsk was founded in 1870 as a Russian military post. The name is derived from the Russian world "kholm" for hill, as Kholmsk with 31.000 inhabitants is situated on hills overlooking the harbour. Korsakov is located at the southern tip of the island, on the coast of the Salmon Cove in the Aniva Bay. It has about 53.600 inhabitants. The town was once a small Ainu fishing village. In 1853, a Russian expedition, commanded by Gennady Nevelskoy, arrived and raised the Russian flag. In 1869, the settlement was named "Korsakov", after the Governor General of Eastern Siberia, Mikhail Korsakov.

At the end of the 19th century, Korsakov became a penal centre for prisoners from European Russia. The doctor and writer, Anton Chekhov, visited Korsakov on an inspection tour and wrote about it in his literary work. In the 20th century, Korsakov served as a centre for the Russian Far Eastern fishing fleet. There was also a carton box factory, visible from far away, due to its high chimney. These days, Korsakov is involved in the LNG plant of Gazprom's Sakhalin II project.

A recent article on Gazprom's website highlights the achievements of Russia's largest energy company, which operates in 81 of 83 Russian regions and is a major tax payer in Russia. Between 2007 and 2012, Gazprom allocated 180 billion rubles to the regional gasification Programme. In the last eight years, Gazprom built almost 1.530 gas pipelines with an overall length of 22.000 kilometres. The firm supplied gas to about 600.000 Russian households and 3.630 boiler houses in 2.750 population centres.

Gazprom CEO, Alexei Miller, met with Sergei Yeroshenko, Governor of the Irkutsk region, to discuss the creating of a gas production centre in Irkutsk, as this area is of strategic interest to Gazprom in the framework of the Eastern Gas Programme. In the Chikanskoye field, C1 and C2 gas reserves were already increased from 98.2 billion to 120.7 cubic metres, in 2012. The Koviktinskoye field shall become another major source of gas supply soon.

Irkutsk, the administrative centre of Irkutsk Oblast, is one of Siberia's largest cities with almost 600.000 citizens. In the 17th century, Irkutsk was an outpost for Russian fur and gold traders. The first road between Moscow and Irkutsk was built in 1760. In the 19th century, Irkutsk became a place of exile for many artists, intellectuals, noblemen and officers, who had taken part in the Decembrist revolt against Tsar Nicolas I. Under their influence, Irkutsk quickly turned into Siberia's cultural centre. Many adorned, carved wooden houses from that epoch, the "Decembrist houses", have been preserved.

During Soviet times, Irkutsk became the industrial centre of Siberia. Between 1950 and 1959, the Irkutsk Reservoir was built on the Angara River, a tributary of the Yenisei River. Irkutsk is located near Lake Baikal, amidst a landscape of rolling hills within the Siberian taiga. Its coat of arms is the Siberian tiger, an animal that is nearly extinct and has been placed on President Vladimir Putin's list of endangered species in Russia.

So far, the largest industry of the area was Irkut, the Irkutsk Aviation Industrial Association, set up in 1932, which manufactures the SU-30 family of interceptor ground-attack aircraft. With the new ambitious Gazprom Eastern Siberian Programme, liquefied natural gas production might soon become the largest industry in the region. Gazprom is now working on a comprehensive project of gas supply to the south of the Irkutsk region.

The firm is also aware of its social impact on people's lives. Thus, the Gazprom for Children Programme includes 15 new sports grounds in the Irkutsk region and another seven grounds to be built in 2013, furthermore an Aquatic Centre in the city of Irkutsk. The Gazprom for Children Programme is the company's largest social project, to "create the environment for harmonious spiritual and physical development of children and teenagers" and to "engage the maximum possible number of children in sports activities, artistic and amateur clubs", according to information on the Gazprom website.

These social projects in Siberia are only a small part of Gazprom's overall sponsoring programme in Russia. The firm also sponsors the famous football club Zenit in Saint Petersburg and Sochi 2014. In 2003, Zenit became Russia's Vice-Champion and won the Premier League Cup, followed by another one in 2007. In 2008, Zenit received the UEFA Cup and Super Cup. The intensive sponsoring by Gazprom has certainly played no small part in this impressive build-up. Gazprom is Zenit's main shareholder.

The sponsoring of the football club concerns the image of Russia, just like Sochi 2014, another major sports event on Gazprom's list. The gas company has launched the project Energy for Victories. With the Dzugba-Lazarevskoye-Sochi gas pipeline, the gas volume pumped to the Russian Black Sea coast shall be augmented considerably, to support the energy supply for the Olympic Games in the winter of 2014. Gazprom also helped to pay for the new biathlon complex and the athletes' village in the Caucasus mountain cluster of Krasnaya Polyana.

In this sense, the Russian gas giant is also a sponsor giant helping the country in many ways.