Russia must not lose Cuba 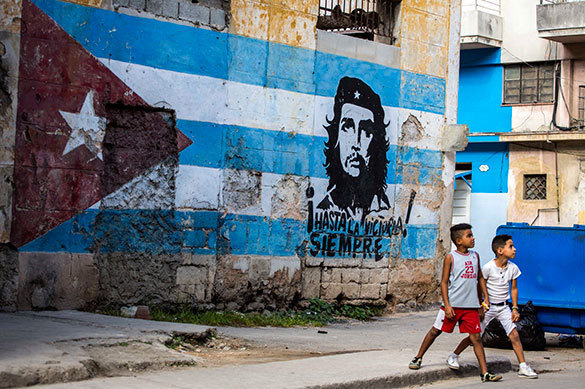 Fidel Castro, the legendary leader of the Cuban Revolution, died on November 26 at age 90. His 85-year-old brother Raul Castro has been the Cuban leader since 2008. What is going to happen in Cuba after the death of Fidel? Pravda.Ru asked an expert opinion on the subject from the head of the department of international relations and Russia's foreign policy at the Institute of International Relations (MGIMO), Boris Martynov.

"Who will come to power in Cuba?"

"No one will give you an exact answer to this question. One has to be an insider at the Politburo of the Cuban Communist Party to be able to predict something."

"What kind of line will Cuba stick to - anti-American or liberal one?"

"Cuba has been changing recently. The country will undoubtedly change, but it will not take pro-American positions whatsoever. The Cubans are very well versed in the habits of the United States. They know all about them, as Cuba has endured a lot, so there will not be any American comeback.

What do Cuban people want? They want the same things that we do - normal equal relations with the United States. It depends on the USA and its readiness for equal cooperation. Will the USA try to belittle Cuba and force the country into submission again? The Cuban Revolution is a revolution of dignity. There was such a revolution in Cuba indeed, not like in Ukraine, because Cuba was not the poorest country in Latin America. Yet, Cuba was the most humiliated country. Yet, Cuba is still standing and it still has its own way."

"Raul Castro asked Vladimir Putin to consider a possibility for regular oil supplies to the island. The Cuban government undertakes to comply with the payment schedule in case the contract is signed. Can Russia support the current Cuban system?"

"The Cubans have made great efforts to provide themselves with oil. They already extract about 30 percent of oil on the Cuban shelf, and they explore further. Cuba will not be a burden as it was during the Soviet times. To a certain extent, it was partly our fault, because we had created a specific consumer model in Cuba, which did not pay off.

"Russia and Cuba have long-standing military relations. The Cuban armed forces are equipped with Soviet and Russian weapons in their entirety. Russia has never stopped military cooperation with Cuba, not even during the hardest periods in history, not even during the 1990s. I think Russia made a big mistake in 2000 when we left the base in Lourdes, so we need to restore those ties. Cuba is a gem of the Antilles - the country has advantageous geopolitical and geo-strategic position in the Caribbean Sea. The country has access to the Panama Canal, and Cuba's economic and geo-strategic importance will continue rising. Cuba has best ports in the Caribbean. They are five ports that can take any types of vessels.

"Cuba is a tidbit for many, including China. Of course, Russia must not lose what it still has in the island nation. We need to open new horizons of cooperation, in the scientific field, for example. Cuba very well developed biotechnology, pharmaceuticals and medicine. The level of education in Cuba is very high relative to first world countries. The achievements of the Cuban Revolution are just as obvious as its disadvantages - shortage of goods and low living standards. Yet, the Cubans are not ready to sacrifice those achievements for some neoliberalism or mythical collaboration with the United States."