Fidel Castro Ruz, leader of the Cuban Revolution, former President of Cuba for nearly five decades, formerly third-longest standing Head of State, has passed away this Friday night but remains as a colossal monument to human endeavor and social achievement, a tremendous history is the story book of humankind. 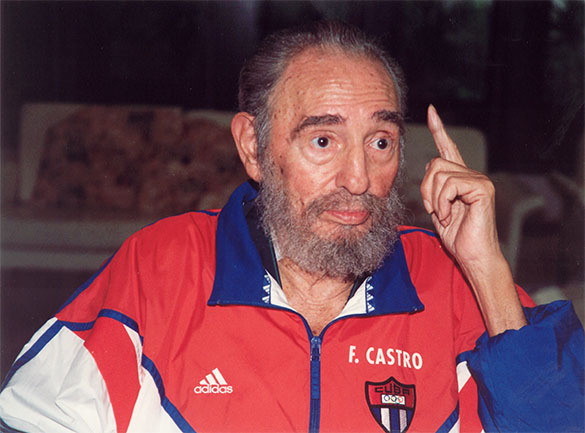 Having survived countless assassination attempts by the CIA, having stood up to decades of an inhuman and inhumane blockade, having seen his economic and social model survive and having built a valid example of an alternative socio-economic model for the future, while providing substantial humanitarian aid programmes abroad, Fidel has left humankind sadder but enriched.

Fidel Castro Ruz will enter the annals of history as a Hero of Humanity. He entered Havana triumphantly in January 1959, after a two-year guerrilla campaign against the unconstitutional government of the dictator Fulgencio Batista.

A monument to human social development

He inherited a poor, backward country with a largely illiterate population, the backyard of the USA whose high and mighty used Havana as a private whore house and the island as a playground. He closed the casinos, he cleaned up Havana, he organized the island and started to implement a progressive socialist government which began to provide high quality public services and to open opportunities to all.

The United States of America, however, had other ideas and staged the Bay of Pigs invasion in April 1961, destroyed by Castro's forces, a feat which Washington was never to forgive. The economic blockade imposed and maintained against Cuba for decades (since 1962) was an attempt to grasp the country in a stranglehold, hoping to choke it to death.

As Fidel Castro resisted and survived numerous acts of attempted murder (over six hundred) by the CIA, Cuba and Cuban society resisted and survived, despite every attempt to sabotage the model. Cuba was given back to the Cubans. Excellent education and healthcare systems were installed, accommodation, work, leisure time activities, transportation, energy and pensions were all provided as a birthright.

In 1963, Fidel Castro launched the internationalization of the Cuban model, exporting cooperation programmes in the areas of education, healthcare and development without any interest in economic returns. Today, Cuba supports nearly thirty thousand healthcare workers in hundreds of programmes in nearly 70 countries, while a medical training programme involving 19 faculties of medicine in African and the Escuela Latino Americana de Medicina, in Cuba, attended by 9.000 students from around the world, trains the doctors and nurses of tomorrow. All of these schemes are supported financially by Cuba. None of these schemes are reported in the biased western media.

Fidel Castro left us last night, knowing that his Revolution and successful implementation of a viable model will survive him, knowing that he has provided Humanity with a shining example of what can be done to help millions of people by providing public services and not by being obsessed with making profits.

In a world in which monetarist capitalism is more and more squeezing Humankind to a pulp, where giant corporations are steadily making inroads to monopolize wealth and the means of production, Cuba stands out like an oasis, showing that there is another way, proving that it is possible, with few resources, to construct a socially progresive model and demonstrating how contagious the vision and willpower of a single man can be, in providing gratuitous development programmes which have helped the lives of millions of people over the years. Despite the United States' blockade and how fitting that the most shining example of debauchery, depravity and despotism is the US torture and concentration at Guantanamo Bay, Cuba.

Finally Fidel Castro spent his last years writing columns which showed a tremendous insight into complex geopolitical issues, teaching analysts and journalists how to read events as they unfolded, something which I learned with him and for which I will be eternally grateful. I consider Fidel as my mentor.

None of this will ever be forgotten. And for this, Comrade Fidel, thank you! 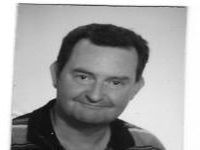