Russia has proposed to build small power plants in Cuba and purchase long-haul aircraft at the meeting on trade and economic cooperation, the Russian trade representative in Havana Aleksandr Bogatyr reported. 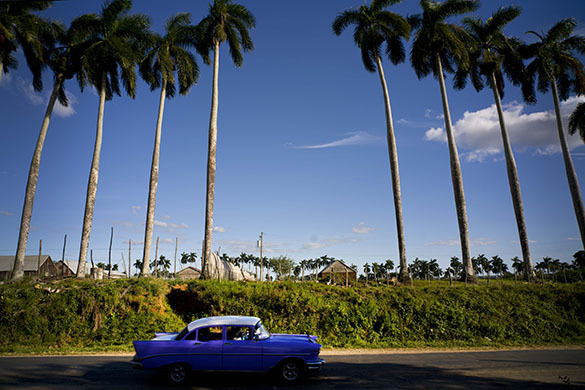 Meeting of the Russia-Cuba working group of intergovernmental commission is to take place on 26 September.

'The Russian company Rusgidro will offer to build small power plants in Cuba. There are no big rivers in Cuba, but it's possible to produce small hydropower,' Bogatyr said.

According to him, Russia will also propose to consider purchase of the Russian MS-21 aircraft. As Bogatyr noted, the project has been just launched, and its presentation will be held in Cuba.

The Cubans plan to discuss production of citrus fruit and cooperation in this field. The case may be about supplies of equipment and fertilizers from Russia. 'The Cubans consider to restore former volumes in order to export them to Russia as well then,' Bogatyr pointed out. Now, the Cubans keep delivering sea foods to Russia.

As Pravda.Ru reported, although contacts between Moscow and Havana have decreased slightly for the latest decade, Cuba is still one of the main Russia's partners in the Western hemisphere.

On 12 July 2014 the Russian President Vladimir Putin visited Cuba and met with the President of the Council of State of Cuba Raul Castro. Various cooperation programs were also signed.