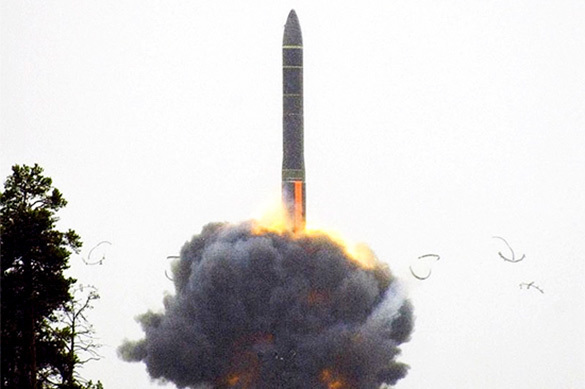 The development of the complex is being conducted according to schedule. The missile drop tests were held on Plesetsk cosmodrone and were found fully successful, Interfax reports.

The missile drop tests are held to test the launch readiness of missiles and the work of the launching equipment.

The flight tests of ICBMs for Barguzin rail-mobile complexes may start already next year.

The commander of the Strategic Missile Forces, Colonel-General Sergei Karakayev, previously announced that the report on the prospects of the deployment of the rail-mobile missile system would be delivered to the Russian president as early as in 2017.

According to the official, the state-of-the-art Barguzin complex will outstrip its Soviet predecessor in all respects, including such parameters as accuracy and range. The complex will be able to stay in the Strategic Missile Forces before 2040 at least.

During the times of the Soviet Union, the Strategic Missile Forces had three divisions of rail-mobile missile systems "Molodets" (NATO reporting name SS-24 "Scalpel"). They were stationed in the Kostroma, Perm and Krasnoyarsk regions. There were 12 "nuclear trains" in total, each carrying three missiles.

The complexes had been passed into service just a few years before the collapse of the USSR - in 1987. The West dubbed the Soviet weapon "ghost trains."

The rail mobile missile complexes were disposed of from 2003 to 2005 without extending their life. Russia's most recent development in the field is purely domestic.

The "Molodets" nuclear trains were subject for arms reductions within the scope of the START-2 Treaty.

The new Barguzin project does not have a goal to revive the erstwhile Soviet military project. This is an entirely new development. One of the obvious advantages of Barguzin trains is their mobility, although Soviet rail-mobile missile complexes were too heavy. It is worthy of note that the development of such systems does not come contrary to the START-3 agreement.