How politicized are the complaints about shortcomings in the Olympic Village and the doping scandal surrounding Russian athletes? Is Rio safe for all or are there places where one should not go? What impressions will foreign visitors take home from Brazil? Pravda.Ru conducted an interview on the subject with Brazilian sports journalist Jason Mathias of SporTV, Globo network. 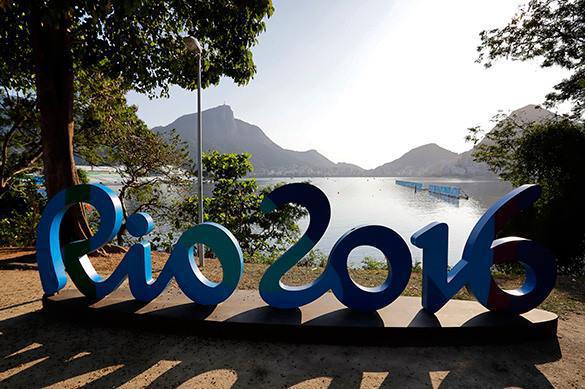 "A lot  has been said recently about poor living conditions in the Olympic Village, there were reports about garbage in Guanabara Bay, where triathlon competitions are to be held. Do you think these are isolated cases, or is it possible to say that Rio is not ready for the Games?"

"I think that against the backdrop of political and financial conditions, Brazil has done its best to prepare for the Games. I think that garbage in Guanabara Bay and construction imperfections in the Olympic village make just a small problem compared to the problems that Rio de Janeiro had to deal with to prepare for the Olympic Games. Most of those problems were solved in the best possible way. All the technical shortcomings will be improved. I do not think that these negative assessments will affect the Olympic Games, because they are the most important sports event and the first Olympic Games in South America. This event is extremely important for Brazil in cultural, political and economic aspects. I believe all the complaints associated with technical shortcomings are simply isolated cases."

"Do you find it strange that the criticism of Brazil mostly comes from Western media and Western athletes? Do you think that these attacks against Brazil are intentional?"

"Yes, they are. I think that those athletes may not have had such problems at other Olympic Games, but Brazil can compensate them with the atmosphere and emotions that they will never be able to get in any other country of the world."

"The mayor of Rio, Eduardo Paes, promised the Australians to do everything possible to make them feel at home in Rio, he even promised them a few kangaroos. Do you think this  irony is justifiable?"

"No, I do not think so. From the political point of view, it was an inappropriate statement for the mayor to make. As the mayor, he was supposed to explain all the shortcomings that the Australians complained of. I do not know what the kangaroo got to do with it. If the Brazilians complained of something in a foreign country, would someone promise them a carnival? Paes later apologized, but the irony was inappropriate."

"I have been living in Russia for six months, and I have been following this scandal closely. I am trying to understand Russia culturally. I want to say that there are no grounds to claim that the Russian government was involved in the creation of the doping system. Yet, Russia does have a problem with doping, and both the International Olympic Committee and the World Anti-Doping Agency need to fix this by introducing new testing methods. The tests that were negative during the previous Olympics appear to be positive this year. Russia does not have the technology to control its athletes. As a journalist, I believe that many athletes in Russia are "clean", Yelena Isinbayeva is one of them, but they are being subjected to collective punishment.

"At the same time, I understand the position of the IOC and WADA. How can one distinguish between "clean" athletes and those who use doping? Quite possibly, the decision of the collective punishment was the best among all other decisions that the IOC could make at this point. At the same time, the IOC admitted 270 Russian athletes to the Games. I am happy that "clean" Russian athletes will take part in the Rio Olympics."

"I do not think it's a serious threat, because Brazil culturally and mentally has no ground for terrorism. Nevertheless, since the Olympics is a world event and terrorism is a global phenomenon, Brazil should be well prepared to be able to reflect this threat."

"What about street crime? Is it the main threat that foreign visitors may come across in Rio?"

"We can not deny the fact that street crime in Brazil is higher than in Russia, but tourists only need to keep and eye on their belongings. Everybody wants to enjoy the Games, but one has to be cautious as well. The peculiar feature of the Olympic Games in Rio is not about the street crime - it is about experiencing the historical moment."

"Does it mean that you do not share the opinion of those who think that the Rio Games deserve the title of the "worst Olympics in history" as the BBC said?"

"No, I do not think so. The Olympic Games in Rio will be special as this is the first time South America hosts the Olympics. People will not forget Brazil."