Russian Deputy Defense Minister Yuri Borisov said that the Russian armed forces received prototypes of laser weapons. According to the official, it goes about combat, rather than experimental weapons that have already been taken into service by the Russian army. 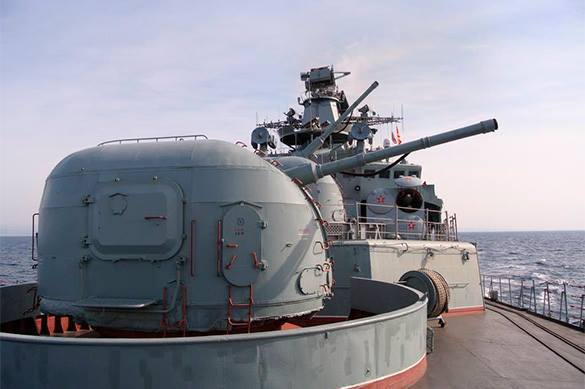 Speaking at a meeting dedicated to the 70th anniversary of the Russian Federal Nuclear Center in Sarov, Yuri Borisov said: "They are not experimental, but combat weapons that we have already been passed into service. The weapons based on new physical principles have become reality today. The technology existed before, but now is the time when they are used in practice," the general said apparently making references to the technologies that were developed in the USSR.

"These high-tech weapons will largely determine the image of the Russian army under the new state arms program before 2025," he added.

The weapons of new physical principles are based on physical processes and phenomena that have not been previously used either in conventional weapons or in weapons of mass destruction (nuclear, chemical, bacteriological). International military experts distinguish between laser, radio-frequency, beam and kinetic (including railgun) weapons.

In December of 2014, former Chief of the General Staff of the Russian Armed Forces, General Yuri Baluyevsky, acknowledged that the Russian Federation was working on military laser systems.

Also read: Weapons of the future: Weather, plasma and money

The Soviet Union has been conducting extensive works to develop and test high-power laser weapons since the mid-1950s in the interest of strategic anti-space and missile defense.

The operating prototype of A-60 laser system was relocated from Sary-Shagan to the territory of Russia after the collapse of the Soviet Union. Reportedly, the system was used in "Falcon Echelon" military program. Other laser programs of the USSR were known as "Terra" and "Omega." In the Soviet Union, laser guns were used in the space industry. Beam rifles were in stock at least until 1995.

The tests of the MSU laser system, designed under "Aydar" project, were conducted from 1980 till 1985 on the auxiliary ship of the Black Sea Fleet, Dixon. The system was supposed to be deployed in space to destroy satellites. In addition, a model of the space combat laser platform Skif-DM was launched into space in 1987 on board Energia carrier rocket.

Experts admit that Russia was the first country that achieved significant results in the field of laser weapons. Western military experts, commenting on the successful testing of Boeing's airborne chemical laser, said that Russia had started developing tactical laser weapons before the United States and already had in its arsenal prototypes of high-precision combat chemical lasers.