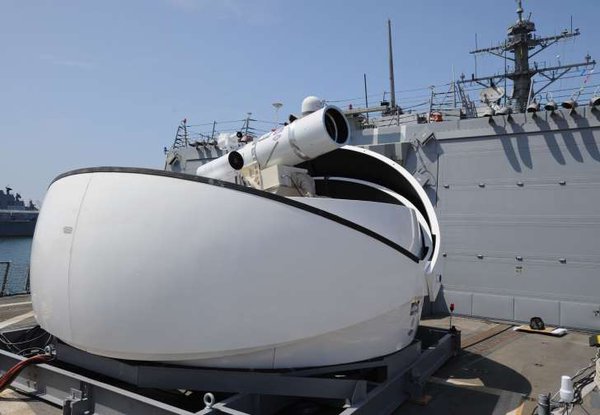 The tests of the deck-based laser weapon have exceeded expectations, the head of the Office of Naval Research of the US Navy, Admiral Matthew Klunder said. The new type of the weapon was mounted on the Ponce (LPD-15) transport-dock. The tests were conducted in the Persian Gulf, where the vessel was staying.

The new system is capable of destroying enemy missiles worth millions of dollars, while spending just one dollar."

The admiral also said that there was another, more powerful system in the works. The system is to be installed on one of the navy ships by 2017, Interfax reports.