Weapons of the future: Weather, plasma and money

The perspective planning department is a top secret structure in the US Defense Department, which deals with the development of weapons of the future. There are such departments in the Russian Defense Ministry of course, as well as in other military departments of other countries. Needless to mention that all those developments make a state secret. 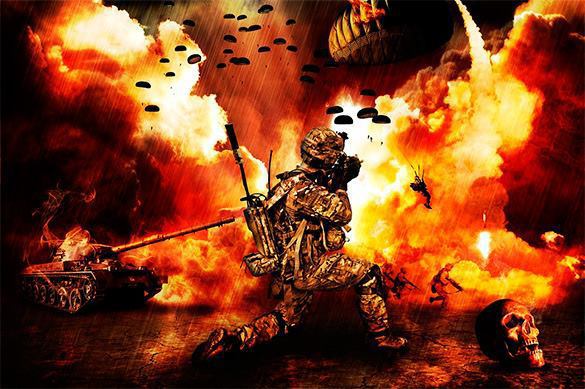 The question of weapons of the future is actual not only for military men, but for all people living on the planet. Experts of the Phenomenon commission made a forecast of the future weapons. The forecast was solely based on various publications in the press.

The first question about the military future of humanity is definitely connected with wars. One may not say that there will be absolutely no wars in the future. According to scientific calculations, about 15,000 wars have taken place on the planet during the recent 5,5 thousand years. More than 3.5 billion people have been killed in the wars. There were only 292 peaceful years in the entire history of the mankind. There is no reason to believe that something will change in the future. The human civilization is based on aggressiveness and war. Huge funds have been spent on armies and defense industries - the inseparable part of the modern economy of any country. Unfortunately, the situation will be preserved in the 21st century too.

According to experts' estimates, a global war is likely to happen in the future as well - it will be 30 percent likely to occur. In addition to nuclear, chemical, biological weapons, there will be more sophisticated weapons of mass destruction used - they are currently being developed in secret laboratories.

It has recently transpired that Russian scientists are working on the so-called plasma weapon. Academician Avramenko says, the plasma weapon will be capable of repulsing air and even space attacks. The controllable bunch of power created with the help of powerful ground lasers can destroy any aircraft and any missile when it approaches a defended area. It is a horrible weapon, although it has several disadvantages too. Ground generators can be easily detected and then destroyed. Probably, people will use autonomous and solar weapons in the future. The solar weapon was used already in the III century B.C. when Greek mathematician Archimedes burnt the Roman fleet with the help of mirrors and the sun. Unfortunately, such weapon stops working in bad weather. However, mirrors can be taken to space to avoid the weather problem. The temperature in the center of the focused solar current can reach thousands of degrees. Such a powerful ray can reach the ground from space through thick layer of clouds. This weapon will be capable of melting and burning any target. However, this weapon has a rather big disadvantage: it destroys everything on a large area around the target, like an A-bomb. A winner does not need the burnt barren land. A neutron bomb is a lot better in this respect, because it kills every living being, but non-living objects remain intact. Yet, there is no use of a town if there are no people there. Genetic poison will probably be used in the future as the most optimal variant to destroy a part of the population, even a certain specific part.  Each human race has an individual genetic code. Genetic differences may lay the ground of the genetic weapon. It will be possible to create genetic viruses to exterminate a certain group of people on the planet.

Terrorism of the 21st century will enter the new technological level too. As it is well known, spy satellites can read the title of a newspaper on the ground. A laser of a killer satellite can destroy any target on the Earth's surface, which is rather convenient for large terrorist acts - it will not be possible to identify the "nation" of the satellite, because a laser can be shot from any location in space filled with other countries' satellites.

New discoveries and technologies will be gradually coming out of secret laboratories. Most probable weapons of the future include:

Bioelectronical weapon. Professor G.Bogdanov patented the generator to fight termites. The generator's radiation kills insects paralyzing their nerve system. One shall assume, a certain frequency of the appliance can kill people too.

Meteorological weapon. It is possible to make specified weather on a specified territory changing the electric charge of the air. Hard rains, droughts, blizzards can cause a very serious damage to an enemy. It is known that Russian scientists were working in the field of the meteorological war in the city of Obninsk.

Tectonic weapon. Artificial earthquakes will probably be used in the future as a weapon to level cities and towns. Military departments of Russia and the USA strongly reject such a possibility at present. However, Professor E. Kerimov of the Earth Physics Institute believes that scheduled natural disasters are quite real. Yet, official departments reject the existence of all above-mentioned weapons.

It is not ruled out that the wars of the future will be taking place without the explicit use of weapons. A disastrous nuclear explosion is very effective, but other methods are very efficient too, when enemies do not realize they are being attacked. Manifestations of such wars can already be seen in modern times. The capitalist and the communist superpowers have been struggling for decades without the use of their huge military potentials. As a result of the opposition, the communist superpower was destroyed. Soviet people perceived the break up of the USSR as a liberation, although the country was virtually defeated in the economic war. It is the economic war that allows to conquer other states one after another. However, Russia has not been conquered yet, because the Russian economy has not been added to the economy of the winner. Money will probably be the major weapon of the 21st century.

Let's imagine that a country is waging war against an enemy, using tectonic and meteorological weapons: an earthquake is followed with hard rains and draughts. An enemy will most likely ask for help after such a powerful impact. It will be the best moment to use the power of money.

The weapons of the future will be a lot more efficient than the nuclear weapon. It does not matter, if they are going to be used as the prime or the extra weapon in a war - people will suffer and die anyway. The weapons of the new technologies pose a great danger to life on planet Earth. All present developments and research works must be strictly controlled by the state and by the society. A victory in a war is good for the government of the winning state, first and foremost. Common people have to survive a disastrous tragedy for a victory.

As experience shows, all anomalous or inexplicable phenomena are hidden from the public eye. Such a policy is understandable, because secret or unexplored knowledge can be used for someone's selfish needs. On the other hand, concealing or misrepresenting facts, separating science into "official" and "unofficial" categories is extremely dangerous for the whole humanity. Science helps people find answers to questions, it is not meant to incite wars and hostilities.