Putin names the price of Russian military operation in Syria

The military operation in Syria cost Russia 33 billion rubles. The money was taken from the budget of the Russian Defense Ministry, President Vladimir Putin said in the Kremlin on 17 March, RT says. 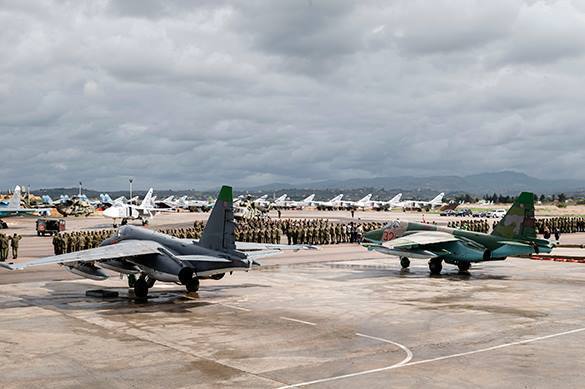 "We simply redirected those funds for the purposes of our group in Syria," Putin said.

Putin stressed out that "it is better to spend resources in battle rather than on a range ground." He added that the completion of the operation in Syria would entail extra spending as well, but it would be reasonable spending not pay a higher price in the future.

The Russian president said that Russia's actions in Syria have dramatically changed the situation with the proliferation of terrorism in Syria: "These actions have turned the tide. We have done a great job to strengthen legitimate authority and statehood of Syria," Putin said.

The Russian military will stay on duty in Syria. They will use force against any target that would threaten the military.  "We would not want to do that. Military escalation is not our choice," said the Russian president.