Soviet referendum in 1991 was criminal in nature

A quarter of a century has passed since the first (and as it turned out the last) all-Union referendum. The referendum was dedicated to the preservation of the Soviet Union as a federation of sovereign republics. 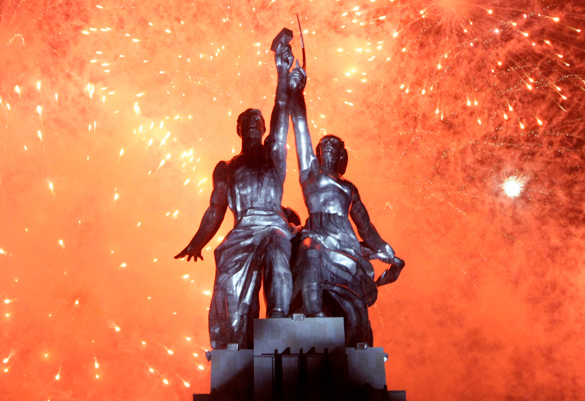 Was there a need in the referendum? Was such an initiative productive? Pravda.Ru editor-in-chief Inna Novikova spoke about it with specialist on the history of the USSR, member of the Union of Russian Writers, Sergei Kara-Murza.

"Who needed that referendum?"

"When the idea was born, many warnings appeared from the scientific environment,  from social scientists and scientists of politics, who said that such a referendum should not be made possible, because no state in the world would ever let such a referendum happen. The point of the vote was as follows: "Let us decide whether we need to keep the country or destroy it." This is nonsense! I think it was the only case like that in history! The question itself included the idea of collapse.

"The idea of the referendum appeared in February-March of 1991. There was a group at the Supreme Council that wrote a letter to Gorbachev, warning him against such a referendum. Scientists from the Academy of Sociological Scientists also wrote that such a vote would be destructive.

"The Soviet nation had been defeated by that time. The nation had been paralyzed during perestroika. Five years of perestroika had turned the people into something unformed and incapable of everything.  The year 1990, the year of the Declaration of Sovereignty, saw the abolition of planned economy. Then there was the RSFSR, Yeltsin was elected, and then it all was distributed between union republics - all the resources and wealth of the nation.

"Afterwards, Academician Sakharov proposed the draft of the new Constitution, in which the entire Soviet Union was supposed to be dismembered into 50 countries, and the RSFSR was supposed to split into four chunks.

"We had some illusions and hopes, and Soviet people went to vote. The turnout was 80 percent. The vote was banned in six republics - the three Baltic republics, Moldova, Georgia and Armenia. And yet, even in Estonia and Lithuania, people organized their own vote. Over 76 percent of people in the republics where the vote was held voted "yes" - people voted for the Union.

"Southern republics and republics of the Caucasus are always very well organized and disciplined."

"They do not even believe that the Soviet Union came to an end. In Moscow, however, many people voted against the preservation of the USSR. Many people understood that the collapse of the USSR would throw the whole country into a huge crisis ...

"The entire economy of the Soviet Union, unlike in the West, was built as a single system throughout the USSR. Take modern times, for example. A large portion of the Russian defense industry turned out to be in Ukraine: space and aviation enterprises, bearings, welding, etc. The division of this system would bring the whole country down immediately. We survived the 1990s with the help of our oil and gas, but it was tremendously difficult for other republics that separated from the union."

"In the West, many people still say that they can not understand how it was possible at all. In Western countries, a reduction by two percent is already a very serious crisis."

"A disaster, indeed. We also had the culture of solidarity and mutual assistance. Who voted against the Soviet Union? There were three groups of people who did it. First - it was  thieves. They believed that they could catch very big fish from that sea of chaos. Second, it was the corrupt part of nomenclature - they believed that they could emerge as the new bourgeoisie, and they succeeded. Yet, it was a Pyrrhic victory, because they lost a lot more than they accomplished. Third, it was the group of romantic and looney people - intellectuals who believed that we would become a part of the new "common European home.""

"Will there be another union someday? Not the Soviet one, but a different one?"

"Russia will have to go through a lot. Yet, Russia and its people will survive all that and the people will come together."