Putin: You can't blame Moscow for what Kiev refuses to do

Russian President Vladimir Putin gave an extensive interview to German publication Build. In the interview, the head of state spoke about the relations between Moscow and Berlin, corporation with Angela Merkel, sanctions against Russia and Crimea, about the regulation of the conflict in Ukraine and other actual issues. 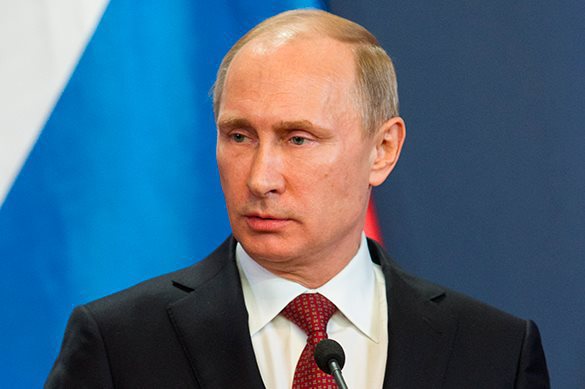 About sanctions in Minsk Accord

The head of state said that it was absurd to associate the execution of Minsk-2 agreement with the lifting of restrictive measures against Moscow. Putin stated that one should not blame Russia for what Kiev refuses to do.

"Everyone says that one should implement the Minsk agreements, and in this case it would be possible to revise the question about sanctions. This is looking like the theatre of the absurd because it is the current Kiev government that remains primarily responsible for executing the Minsk Accord. You can not ask Moscow to do the things that Kiev should do," Putin said.

He reminded that the basic condition of the Minsk agreement is the constitutional reform in Ukraine.

"This is the 11th paragraph of the Minks Accord. We have everything marked: to conduct the constitutional reform in Ukraine and put it into legal force in late 2015. Paragraph 11. The year 2015 has ended," the Russian president said.

About Russia's reunification with Crimea

In the interview to the German publication, Vladimir Putin said that Russia neither waged war nor occupied the Crimean Peninsula. He reminded that the region became a subject of the Russian Federation through a legitimate procedure, such as a referendum.

About relations with Germany and Angela Merkel

The Russian president said that the diplomatic relations with Berlin as well as the mutual sympathy of the Russian and German nations live on despite sanctions and propaganda.

"Despite the attempts to ruin our relations with the help of mass media and anti-Russian propaganda, it seems that they failed to do it," Putin said.

"I'm convinced that Angela Merkel is a very open person. She sincerely, I have no doubt about it, is looking for solutions to regulate the crisis in the south-east of Ukraine," the Russian president said.

Putin also spoke about his assurance of the growth of the Russian economy in the current year, about Russia's readiness to coorporate with international partners to struggle against terrorism within the scope of international law.