On October 26, Russian President Vladimir Putin conducted a meeting of the commission on military cooperation. Strangely enough, the very same day it was reported that the United States refused to revise the sentence for Viktor Bout, who had been arrested in Thailand by US intelligence agencies and was accused of attempts to sell arms to Colombian FARC rebels. 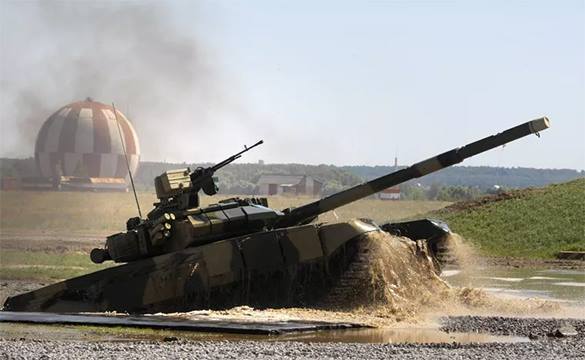 The Americans have thus created a precedent when US arms dealers can be arrested in almost any third country, because there will always be countries that will be able to prove that the Americans supply arms to organizations that are recognized as terrorist groups in this or that country.

Suffice it to say that in 2013, US firms purchased more than 900 million cartridges for Kalashnikov AK-47 rifles on the territory of the CIS. In addition, the United States announced an intention to purchase 600,000 new 30-round magazines for AK-47 assault rifles. Obviously, the ammo will be delivered to various organizations, rather than to Americans.

As for the subject of international arms trade in general, arms sellers are living their best times now, when the US and its NATO allies, without any second thoughts, use weapons against anyone who even dares not to obey them. In this situation, the demand for weapons, the demand for means of defense against the aggression of NATO and the United States remains very high. Russia is taking advantage of this - this is a law of business.

President Putin stressed out that the order portfolio of Russian companies exceeds $50 billion. At the same time, Russian defense companies qualitatively execute orders with foreign companies. Putin complained of "unfair competition" on the part of Western companies and countries, which is understandable.

The work of Russian defense traders is facilitated with the activity of Russian diplomacy in the Middle East. This is the region that has suffered from NATO's aggression most. Yet, this region is one of the largest arms buyers in the world. Russia has been taking efforts in the Middle East to settle many conflicts that have recently sparked in the region.

Russia's exports of armored vehicles, military aircraft and air defense systems have been developing steadily. In 2015, Russian arms shows attracted delegations from more than 60 countries from around the world. The recent MAKS international air show ended with more than  350 billion rubles in signed contracts.

The main problem of Russia's defense export giant is the fact that the corporation does not work much with small contracts. Roughly speaking, Rosoboronexport loses almost all smaller contracts evaluated at $20-30 million dollars. It goes about not only military exports, but also exports of spare parts, and dual-use goods. For example, the Soviet Union and Russia built many repair plants abroad, such as ship-repair factories that can be used to repair both fishing vessels and warships. They are in need of constant supplies of spare parts, although in small amounts.

Rosoboronexport does not work well with such contracts. This is an objective problem, because small contracts require the same effort as large contracts do, albeit at restricted resources.

Russia often loses small tenders to the countries of the former USSR or to former members of the Warsaw Pact, including to Ukraine, which is particularly painful. For example, there are repair factories in Syria that maintain the equipment purchased in the USSR and later in Russia. Those factories purchase spare parts from Ukraine, rather than from Russia.

In general, Russia is facing broad opportunities for developing arms business and conquering new markets."We need to analyze not only our experience, but also the experience of other exporting countries that work in the sphere of defense cooperation, to borrow their best to ensure that the quality of our cooperation with countries in all regions of the world does not reduce," Vladimir Putin said.