Will Putin succeed in the Middle East?

What is the essence of the initiative of Russian President Vladimir Putin in the Middle East? What opportunities can Russian diplomats face at the time when the US is losing popularity in the Middle East speedily? Is it possible to cut the knot of Mideastern problems that appeared in the decolonization years from 1945 to 1962? 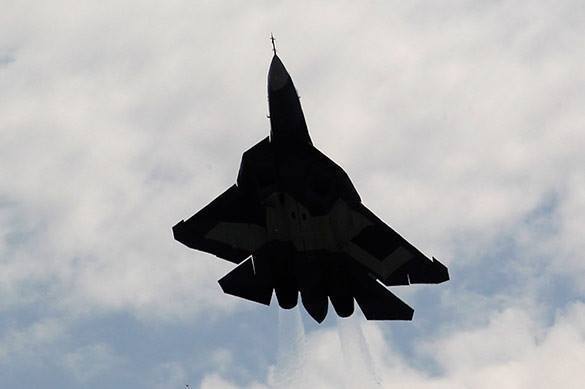 To understand this, we try to compare two recent speeches by President Vladimir Putin that he delivered on October 22, at a plenary session of Valdai International Discussion Club and on  September 29, at the UN General Assembly.

The two speeches are different, even though they seem to address one and the same topic.

At the UN General Assembly, Vladimir Putin spoke as the head of state. He was calm and balanced, giving priority to principles of neighborly coexistence of states.

At the Valdai club, Putin was much more personal. His Valdai speech can be divided into three parts: political philosophy in general, Russia's relations with the US and NATO, and Putin's new initiative in the Middle East, as Russian Foreign Minister Sergei Lavrov put it. Putin spoke about a possibility of resolving the crisis in the Middle East, particularly in Syria.

In his political philosophy, Putin proceeds from realpolitik - the positive (what international relations actually are), but not the normative (what international relations should be ideally) understanding of the art of foreign policy. Putin says that, although war is an act of evil, wars are common in the modern world. To avoid a war, one should ensure a stable balance of power between major powers, as the unipolar world inevitably leads to the destruction of the world order and triggers  multiple local wars.

Russia has been expressing serious concerns about the expansion of NATO lately. The main idea that permeates through Putin's speeches and public statements is the idea about the irresponsibility of Western politicians of world's leading powers. This is a very big and serious problem, and the president is clearly concerned about it.

The Russian diplomacy is dealing with the opportunities associated with the period of "interregnum" in the United States. President Obama will soon leave office, but it is not clear yet, who is going to take his place. Russia has taken advantage of the freedom of action in the Middle East without the fear of confrontation on the part of the United States in an attempt to restore peace in the Middle East in general and in Syria in particular.

Putin's Middle East program consists of four parts. The first task is the destruction of armed terrorists. An important condition for the solution of this problem is the need for all interested parties to unite. It goes about the governments of Syria, Iraq, Iran, the Gulf States, Turkey and so on.

President Putin realizes that there is no military solution to the crisis in Syria. Combat operations create conditions for the start of a political process with the participation of healthy and patriotic forces of the Syrian society. It is only up to Syrians to decide their own fate, Putin believes.

It is important to understand that the Middle East should not, as it often happens in history, become the place, where empires and powers clash without even wondering whether local people need them to interfere.

Furthermore, the Muslim clergy should involve in solving social and political problems of the region. It is important to protect people (especially young people) from the destructive influence of the terrorist ideology. They should see the clear line between true Islam and all the lies and hatred that militants disseminate under pseudo-Islamic slogans.

Finally, the fourth paragraph of Putin's plan is the need for a collective effort in the reconstruction of economy and, above all, economic and social infrastructure of the regions.

This is what Russia's position in the Middle East is about. Will Putin succeed? Churchill used to say that ambitious political plans were better than no plans at all.