Putin does not need 'useful idiots' 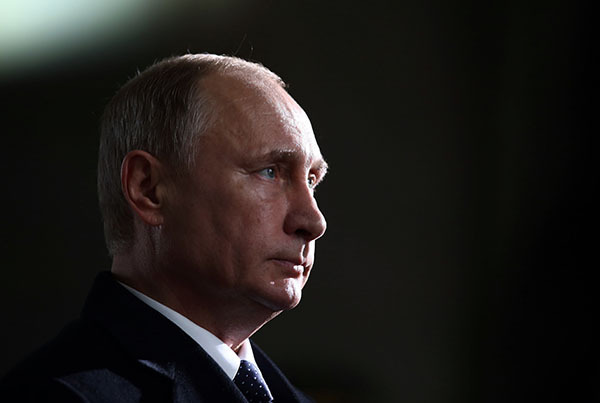 When the president of Estonia called some of his colleagues "Putin's useful idiots," none of them protested. As it turns out, the rank of "Putin's useful idiots" includes Western businessmen, politicians, journalists and even generals. 'Never argue with stupid people, they will drag you down to their level and then beat you with experience," Mark Twain once said.

Peter Pomerantsev has recently published an article entitled "We are all Putin's useful idiots" on Politico website.  "Watching Russian TV recently is a disturbing business," the author of the article says already in the very beginning of his piece. Instead of substantiating his point of view with stories of his personal experience, the writer refers to a thorough analysis of his counterpart in idiocy. The latter says that "Russian media has developed a habit of delivering death threats to opposition members, using anti-Semitic insinuations against its opponents, screaming about the threat of the "homosexual sodomite tsunami," and recommending burning the hearts of homosexuals while indulging in "techniques of psychological conditioning designed to excite extreme emotions of aggression and hatred in the viewer."

We would advise Mr. Pomerantsev should pay a visit to Dr. Roshal's children's clinic in Moscow, where they treat children who lost their limbs or suffered other injuries in the war in Donbass. On Russian television, no one calls the Kiev regime "fascist junta" either. As for the "plans of the Americans to stage ethnic cleansing", the author exaggerates the  Americans' capacity to understand something in this matter. The Americans believe that all those who inhabit former Soviet republics are "Russians". Finally, could the author give any names when he was writing about  "Western academicians?" In addition, "Western academicians" can not be "fifth columnists" by definition.

On the basis of these "facts," Peter Pomerantsev proceeds to the definition of the threat, which he again quotes, rather than formulates: "Russian propaganda kills," he author quotes Boris Nemtsov's daughter. He also proposes countermeasures following recommendations from a researcher from the University of Southern California: "If you really want to hurt Russian propaganda consider putting moral pressure on Western advertisers and production companies to stop cooperating with the Kremlin's hate-channels," Pomeransky wrote with reference to USC Annenberg scholar Vasily Gatov. According to Peter Pomeransky, Gatov "understands the system's weaknesses and the mindset of the people who run it," because he once headed "development at the Russian version of Associated Press, RIA Novosti."

To cause "damage" to Russian propagandists, Gatov suggests putting pressure on Western advertisers and producers. At the same time, as long as there are both Western and Russian businessmen who sponsor Putin, Gatov offers to put the pressure of sanctions on the Russian elite.

It brings up a question of why "useful idiots" Obama and Merkel do not think of suggesting the same? This is because IKEA, Procter & Gamble and Mercedes (the companies that appear in the article) act as sponsors of their campaigns. They are the heart of the transnational financial empire of the West. In addition, one can not destroy the power of the Russian capital that easy. Can you sanction Potani, Deripaska or Miller? If easy, how are you going to stay warm in winter and from what materials are you going to make your arms and space hardware?

Putin's regime is "a very naughty 21st century regime surfing the worst trends of the West: media and market manipulations," the author says. This regime could be defeated, if mass media and market were strong enough to cope with one player, the author writes. Well, it just so happens that "those Barbaric Russians" can fight back and use Western technology against the West!

Western generals want military budgets increased. Western politicians want power that secures their capital. Western journalists want higher prices for their planted articles. The author believes that today's Russia is only all about Putin. Mr. Pomeransky does not even try to understand that Russia is winning just because there is counterforce to any force.

The public debt of the United States amounts to $18 trillion. The debt of the European Union exceeds that of the US and nears 93 percent of GDP. Australia's debt measures nearly one trillion. Japan's debt is more than three trillion dollars. Who owns all this money?

Ask an average American or European national: do they want to protect themselves from Russia or from Latin-Afro-Asian immigration? Do they want t be referred to as Parent A and Parent B? And asked him if he wanted this man in the street, being a parent or a parent's number one number two. Russia may criticize the West, but Putin always refers to the West as "partners", rather than some sort of an "evil empire."