War in Ukraine will continue in Europe

Pravda.Ru had an interview with the Prime Minister of the breakaway republic of Carpathian Ruthenia Pyotr Getsko. We talked to Mr. Getsko about the state of affairs in Ukraine after the Minsk-2 talks, the capital flight from Kiev to Galicia, and about a real scenario to move the war from Ukraine further to Europe. 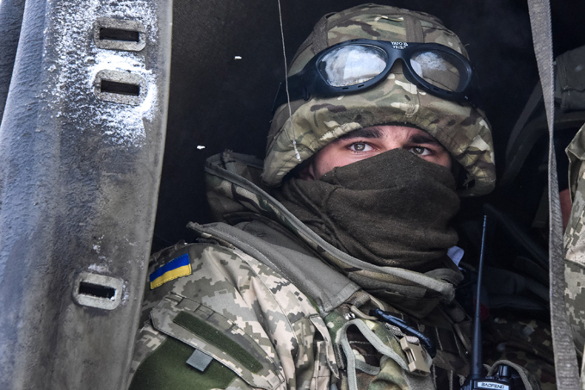 "Who do you think won most from the new Minsk accords?"

"I would like common people to win in the first place. It is about time the people living in the People's Republics of Donetsk and Luhansk should stop suffering from the actions of the Ukrainian army and its bombs. This truce is ghostly. Most likely, it will be broken in a few days.

"Yet, one needs to continue moving in this direction to make Ukraine's aggression, the use of heavy artillery and aviation by the Ukrainian army more visible, illegitimate and reprehensible. Even from the point of view of Ukraine, the DPR and LPR gain subjectivity at negotiations, and it grows stronger every time. The two entities - DPR and LPR - are already represented not only as quasi republics at negotiations, but they also appear in official documents.

"I do not think that Poroshenko took part in the negotiations and signed the documents on the basis of his own position. Most likely, this was due to the influence of the real situation. In Debaltseve, by the way, the 128th Infantry Brigade was stationed. According to various sources, there was a NATO unit there too. Most likely, this urgency of the talks and Kiev's pliability were based on that. When the Ukrainian leaders see that they are about the fail, they negotiate.

"The United States did not take part in the talks directly, but the Americans expressed their position through Poroshenko, Merkel and Hollande. The word "federalism" that Poroshenko said in Munich obviously came from the United States.

"There is a real chance to spread the war from Ukraine further to Europe, and chances for that are real. Slovakia, Hungary or Poland can be affected easily. I think that Merkel, as the main beneficiary of the EU, is well aware of that - that's why she took those steps to prevent such a development."

"However, immediately after the talks in Minsk, Ukrainian politicians started releasing statements that came contrary to the Minsk accords. Foreign Minister of Ukraine Pavlo Klimkin and others started claiming that they were not going to change anything in the Ukrainian Constitution for the Donbass. What is Kiev going to do?"

"It is clear that the truce will be thwarted very soon. There are prerequisites that have already been recognized officially that Kiev is no longer the center of all investment in Ukraine. According to statistic reports, in the second half of 2014 the main flow of investment has moved to three regions of western Ukraine - Lviv, Ivano-Frankivsk and Ternopil regions. Therefore, statements from Klimkin and company do not mean anything. I think that they have already received an order, so they are wimping out Ukraine.

"Slowly but surely, Kiev is losing its role by moving capitals to those regions. In the Galician regions, the volume of construction and investments has been growing lately. The rest of Ukraine pales in comparison at this point. This is their vector. They work for Galicia now in an attempt to hang all the debts on the rest of Ukraine. Therefore, the Kiev government that has never become a legitimate government does not negotiate. Those, who created Maidan 1 and Maidan 2 escape from Kiev. Families of the top administration of Ukraine escape from the country as well.

"Poland is preparing for the integration of its former land - three Galician regions. The bottom line is that the trend is already visible. The plan to shatter Russia has failed, and the USA may decide to continue applying some of Maidan-related technologies, as well as Ukrainian nationalists in other countries of Eastern Europe.

"All these battalions, including Aidar and Azov, may go to Europe after Ukraine. Those people know what bloodshed is, they have learned to kill, loot and rape. They will not stop in Lviv, so they will go further to Europe via Poland or through Hungary, Slovakia.

"There will be a war in Europe, rather than in Russia. As for Russia, Putin has made all preventive decisions necessary."

"Is the West going to bargain with Russia on Ukraine? Europe will be awed, if the spark of war starts burning in Europe."

"Most likely, the bargaining will be conducted mainly about the configuration of Ukraine - federalization, confederation, and so on. America will continue changing the Ukrainian administration when it needs to. As for the administrative-territorial structure, the constitutional reform - one will have to negotiate on all of that."

The Republic of Carpathian Ruthenia did not step on the military path. We stepped on the path of diplomatic negotiations with neighboring countries from the very start. We have legitimacy within the Transcarpathian Regional Referendum. We have already prepared a special federative agreement between the self-governing territory of Transcarpathia and Kiev."

Kiev is not the last stop of this war. Nazi battalions will fall hostage to the gin that they let out of the bottle. Poland will most likely be next."