Kiev politicians often try to compare the current state of affairs in the Donbass with what was happening in the late 1990s and in the early 2000s in Chechnya. How valid is this comparison? Pravda.Ru editor-in-chief Inna Novikova asked this question to  to military experts, chief editor of National Defense magazine, Igor Korotchenko. 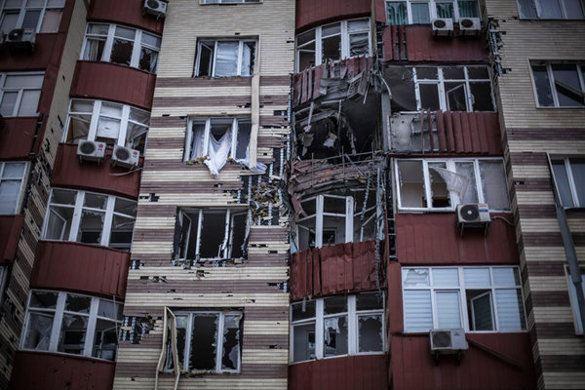 "This comparison is incorrect. Firstly, one needs to understand that in the Donbass, it was common people, who took weapons in their hands. They organized themselves and started fighting to exclude their own mass extermination - genocide - that the Ukrainian government was going to conduct in the east of the country. In the Donbass, the Ukrainian army came to kill civilians. They started defending themselves.

"The situation in Chechnya was completely different. There was an internal armed rebellion, arms depots were seized, after Russia's then Defense Minister Pavel Grachev left them to General Dudayev. It was international terrorists that came to power in Chechnya. Terrorists such as Khattab and other figures from Bin Laden's team came there too. They seized power in Chechnya and proclaimed control over the territory of the whole republic.

"They did not stop at that. After the Khasavyurt agreements that were signed by General (Alexander) Lebed, Chechnya was let float freely. As a result, in 1999, the terrorist Ichkeria republic attacked the Republic of Dagestan, thus giving start to the second Chechen war.

"They were acting similarly to what the Islamic State terrorists are doing now. They formed their quasi state bodies and began to expand. In Chechnya, Russia was fighting against international terrorists - not against the people of Chechnya."

"But Poroshenko says that it is terrorists, who fight in the Donbass now."

"The price to Poroshenko's words is zero. This is an oligarch, who has increased his personal assets seven times during his presidency, even though everyone prefers to turn a blind eye on it.

"If we go back to the events in Chechnya, there were normal people there, who eventually came to power: Kadyrov and then his son. Both of them were moderate opposition activists. When Chechnya was on the brink of destruction, there were healthy forces in the republic that swore an oath to Russia.

"After Kadyrov was delegated with certain powers, he stopped the war and cleared the militants out of Chechnya. Today, this is one the safest regions of the North Caucasus, and Grozny is a rapidly developing city.

"In this regard, I believe that the policy of the Russian federal center about Chechnya was correct. We have healed the ulcer that was threatening the country with most serious consequences. It was and still remains the objective of the West - to weaken Russia through our internal problems."