Can international rating agencies junk Russia indeed? Is investing in the Russian economy completely hopeless under Western sanctions, as politicized rating agencies say? Pravda.Ru had a brief interview with political scientist Xavier Moreau during the Yalta conference to discuss these questions. 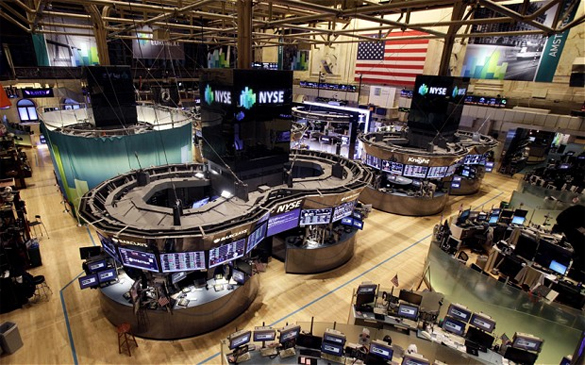 "Mr. Moreau, how do you assess the situation in Russia today? If you believe the rating agencies that have recently downgraded Russia's rating to the junk level, then it appears that the state of affairs is horrible. It just so happens that one should not work with Russia."

"You know, those rating agencies that junked Russia said back in 2007 that investment in the Russian economy was perfect investment. US agencies that control the movement of stock exchange fined them for that. Therefore, all those agencies are unreliable companies, and everybody knows that. I think that Chinese rating agencies are more reliable. They, on the contrary, believe that Russia's debt is in better shape than that of the US.

"I think that Russia's debt of 12 percent of GDP is not serious. The US has it on the level of 130 percent. France - 100 percent. Russia has a very large pool - about 380 billion dollars. I'm very optimistic about Russia."

"Do investors understand that there are politicized ratings?"

"Nevertheless, the pressure continues, and the West is trying to create problems for investors. Now they say that they want to disconnect Russia from SWIFT. Russia now wants to sell oil for national currency. There are many uncertainties that may scare investors away."

"As for SWIFT, I doubt that it can happen. As for the sale of oil for a currency other than the US dollar, such practices already exist, for example, between China and Russia. There is an agreement with Iran, and I think that there will be more of such agreements with other countries. Therefore, I believe that the sanctions create a good moment to create new economic systems, where the power of the dollar will no longer exist."

"Well, we have long lived in isolation and everything was normal, we were completely self-sufficient. During the 1990s, a lot had been done to step on the international arena. As a result, Russia had to deal with many negative things, such as the destruction of the national production. Today, Russia is forced to purchase nearly everything from other countries."

"Now there is no isolation. The volume of trade between Europe and Russia remains on a high level. In addition, Russia has been developing relations with other economic partners - Brazil, China, India. There will be no isolation. Of course, the time of sanctions is a good time to make good investment. For example, I've read that they invested 13 billion euro in Russian agriculture. I think that's great. I think that Russia should not hurry to remove the sanctions.

"For example, the government asks fruit and vegetable producers to improve quality and increase volumes. But if after three months you will have Polish apples in the market again, it will be a bad result. Now the Russian government should take advantage of these sanctions to create a more independent system. Of course, there are high technologies that Russia can not develop alone, but it is easy as far as fruit or vegetables are concerned. One only needs to invest and control quality."

"You know, businesses do not make decisions. French and other European governments do not take such decisions. It is the EU that makes such decisions. The European Union was created by the United States to control European nations. They use this tool to put pressure on us. They make the decisions that, of course, go against the interests of France. The director of the trade union of agriculture of France told President Francois Hollande that the Russian embargo would be a disaster, should it continue in 2015. Yet, our destiny is not in our hands."

"It turns out that Europe does not belong to Europe? Do all countries obey some abstract European Union, which America controls?"

"Yes. You see, French largest banks had to pay 10-billion-euro fines to the United States, because those banks used the dollar to trade with Iran and Cuba. US may fine companies if they do not comply with their sanctions. Therefore, our government is afraid to make the decisions that meet the interests of France. They are afraid. They are afraid to make the decisions that will go against the will of the United States. If General de Gaulle were our president, I could guarantee to you that everything would be solved long ago. Mistral vessels would be handed over to Russia. Noteworthy, three of the four candidates for the coming elections in France say that the vessels should be delivered to Russia. They also believe that France should build friendly relations with Russia. The only one who is now opposed to it is President Francois Hollande."