How Trotsky predicted the balkanization of Europe 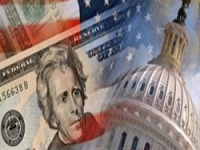 In a famous sentence, Marx told once that history could repeat itself under the form of comedy. Yet history can also last a little bit! And the shrewdest minority sentenced to endure indefinitely the stupid cruelty of Times!

Consider the submission of Europe to America. It started in 1919, with the treaty de Versailles, that designed our inferior future. Since this fundamental date, we in Western Europe have bowed to American will.

In July 1924, Trotsky, then at the peak of his career, pronounces a wonderful speech about the "the perspectives of world development" and the submission of a then divided, indebted and impoverished Europe to American capital.

We are at the epoch of plan Dawes, when Goldman Sachs predecessors were (already) dictating their bleak will to a ruined Germany and a miserable France: and as he had foreseen the limitations auto-inflicted by European bureaucratic dictatorship, Trotsky describes thus the situation:

American capitalism is now issuing commands, giving instructions to its diplomats. In exactly the same way it is preparing and is ready to issue instructions to European banks and trusts, to the European bourgeoisie as a whole ... This is its aim. It will slice up the markets; it will regulate the activity of the European financiers and industrialists. If we wish to give a clear and precise answer to the question of what American imperialism wants, we must say: It wants to put capitalist Europe on rations.

Trotsky underlines the following facts: Europe is a declining power; she has no will (Nazism will be the last financed counter-revolution, the most nihilistic of all), she is deeply indebted and everyone owes everyone some cash. German capitalism is still very aggressive (German commerce has always burdened Europe), and Europe is submitted to American will: she is Balkanized.

This means that it will specify just how many tons, litres and kilograms and just what materials Europe has a right to buy and sell. In the theses of the Third World Congress of the Comintern we wrote that Europe is being Balkanized. At present this trend is being further reinforced...Today Balkanized Europe finds herself in the same position with respect to the US and in part, Great Britain.

We then understand the deep motivations of Kosovo wars and the destruction of Serbia, the last Free State in Europe. It permitted NATO, this designer of European false unity, to weaken Eastern Europe, Russia and then to totally submit the shy structures of remaining and decaying nations to its will. Trotsky adds that the third world congress of the Comintern had already notified what Europe was being Balkanized.

General de Gaulle asserted once that communist Russia betrayed her race. Yet for Trotsky, in 1924, it is America and the Wall Street bankers, surrounded by the fauna of Tartuffe humanitarians, who betray the interests of the white folks, including the British!

Having begun the war with England, America will summon hundreds of millions of Indians to rise in defence of their inalienable national rights. The same summons will be issued to Egypt and Ireland - there is no lack of those who can be called upon to free themselves from the yoke of English capitalism. Just as today America in order to drain the living juices from Europe comes to the fore draped in the toga of pacifism, so in the war with England she will step out as the great emancipator of colonial peoples

This is how and why, nowadays, these businesses and agencies produce a Libyan war (and leader's lynching, and ambassadors' assassination... nobody stops a fool!), a Syrian civil war and a democratic tyranny in Egypt! But this is the new world to come, as dreamt by the Economist magazine! A global chaotic shopping mall running and covering a disgusting ex-blue planet!

Then Trotsky presents the hidden interests of the English-American condominium, and he foresees the imperial reality of the anglo-speaking world today run by the hobbits and the spy-system of Echelon:

If at the present time, the United States binds Canada and Australia to herself through the slogan of defending the white race against the yellow - and in this way justifies her right to naval supremacy - then, on the next stage, which may come very soon, these virtuous Presbyterians may announce that in the last analysis the yellow-skinned peoples are likewise created in God's image and are consequently entitled to replace the colonial rule of England by the economic domination of America.

Of course money has neither colour nor smell. Everything has been since delocalized from Europe or America to China to fulfil the wishful thinking of the masters! There are thirty thousand white collars working for Apple in China! Thanks to her educating system, America could not provide this workforce to Steve Jobs (who explained that gloomy truth to Obama, see Isaacson's biography).

Last but not least: according to Trotsky, who is fully right, the best allies of American interests are the social-democrats and the left-wing in Europe, traditionally Russophobe; and as social-democracy had already sold her soul to capitalism:

If we recall - and it is hardly a case that calls for recollection - that the Social Democracy is the agency of the bourgeoisie, it will become clear that the Social Democracy, by the logic of its political degeneration, is bound to become the agency of the strongest and most powerful bourgeoisie, the bourgeoisie of bourgeoisies. This is the American bourgeoisie. To the extent that American capitalism undertakes the task of "unifying" Europe, "pacifying" Europe and "educating" Europe how to cope with the questions of reparations, war indemnities, and so on...

Today we are educated and pacified thanks to our debts and innumerable conferences about peace in Syria, greenhouse effects in Nepal, formal democracy in Hungary or pussy rights in Russia! Thanks, dear Lev Davidovitch, to clarify our humiliating situation! I let you conclude this brilliant speech with élan and finesse: the only stable reality in Europe now is the unemployment!