Russia must keep USA at gunpoint

Russia's military doctrine can be updated and altered against the changing nature of threats. Pravda.Ru interviewed President of the International Center for Geopolitical Analysis, Doctor of Historical Sciences Leonid Ivashov, about the current state of affairs in the military doctrine of the Russian Federation. 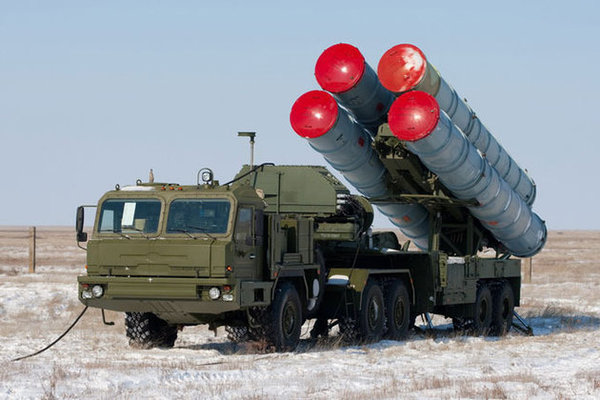 "The concluding part of the military doctrine from 2010 states that its provisions can be adjusted in accordance with the changing nature of military dangers and threats. Who and what is now a threat to Russia?"

"The military doctrine is neither an order, nor a directive. This is just an action plan, a body of views to military security of a state. Of course, views change as the military-political situation changes. The doctrine is then used as a basis for the creation of rules about the use of armed forces, appropriate orders, directives and so on. The doctrine, which was approved in 2010, was based on more or less quiet conditions for Russia in military-political and military-strategic terms. Russia's military and political leadership believed that our relations with the West were generally friendly. We were only concerned about the expansion of NATO. This aspect was gently designated in the doctrine. The doctrine is clearly defensive in nature. The text of the Russian doctrine from 2010 does not contain such a word as "offensive", let alone "counter battle.

"It contains a purely defensive stance, but if something suddenly happens, we're ready. Our nuclear capabilities serve as the guarantee of Russia's security. This made it possible to destroy forces of ordinary purpose and carry out the reforms that Serdyukov (former defense minister of Russia - ed.) was conducting, destroying the army and the navy of Russia as a military organization system. Everything was guaranteed by the fact that we have nuclear weapons. Our nuclear shield is the primary factor of nuclear deterrence. However, this deterrence does not guarantee safety, because we do not see a situation when we can push the button even for a retaliatory attack.

"The Americans radically changed both their military strategy and nuclear doctrine in the early 2000s. They pushed nuclear weapons into the background. They have not upgraded one single ballistic missile, and they do not build new ones either. What they do is they create a new strike force that will decide the outcome of future battles. On December 18, 2003, they signed a directive on the concept of prompt global strike. Under the directive, they will attack by launching thousands of high-precision vehicles from different strategic directions. These include idea and air based cruise missiles, strategic missiles, drones.

"With the first strike, they plan to incapacitate our submarine-based ballistic missiles and even silo-based missiles. In this situation, if Russia strikes back, they will use the missile defense system, the main component of which is not the European missile defense, but the marine component. The United States has 93 ships equipped with AEGIS systems. It was AEGIS that removed an American defunct satellite from orbit in 2008 at an altitude of 247 km.

"Thus, the Americans plan to destroy our remaining ballistic missiles in the boost phase of their flight. For these purposes, the Americans create this missile defense. Afterwards, AEGIS systems will disable the warheads of the missiles that have been launched. The Americans do their best to devalue the Russian nuclear missile potential. And they can succeed.

"If this happens, and we can already see this, we will see a completely different behavior of the United States. Having neutralized strategic nuclear forces of Russia, the Americans can declare that they do not recognize neither the Northern Sea Route, nor the Mendeleev and Lomonosov Ridge as Russian waters. The USA will pronounce them their own or international, and for the Americans,  'international' stands for 'American.' We may face such a situation, and what will Russia do? Launch nuclear ballistic missiles? No, of course not.

"The military doctrine contains another fairly precarious position, which I call a move of despair. It says that should non-nuclear powers show aggression against Russia, threatening the existence and the territorial integrity of Russia, then we will preemptively use nuclear weapons. Sounds correct, but let's see: against whom of our neighbors can we use tactical nuclear weapons, weapons of the battlefield? Against NATO? They are all under the American nuclear umbrella. Japan is also under this umbrella.

"It just so happens that it is only Mongolia and Finland that can be the countries against which we can use nuclear weapons, if they threaten us. The situation has changed dramatically, and we are standing on the brink of a war - not a cold, but a hot war. Therefore, today Russia hastily takes efforts to rebuild the defensive capacity of the armed forces and change the military doctrine.

"The Russian style of development is slow - a step forward, a step or two back. After all, space forces existed in the times of the Soviet Union. However, it was then thought that we have no enemies in space, and the troops were disbanded. Today we are working on this wasteland. According to the plan of the likely enemy, navigation and reconnaissance satellites that ensure the use of our cruise and ballistic missiles should be destroyed first.

"The first phase of the possible attack will target the space group, so that we do not see anything. It will be hard for aviation to reach targets without the GLONASS system. Today, Russia takes measures to correct this mistake as well."

"Any normal state creates a complex system of arms. We still live in the remains of Ustinov's system, when all would be interconnected by problems, when all would work in concert. When we were building the triad of sea, land and air components, there were many disputes, but the place for long-range aviation was found. This place is unique, because ground missiles are attached to a certain base. A submarine travels in oceans, but it still remains a base, the actions and movement of which are trackable.

"Aviation is much more mobile, it can change direction and altitude. Today, when the Americans have built the missile defense system against Russian ballistic missiles, aviation should come to the forefront in this triad. To make matters worse, using such bulky missiles as Bulava, Topol and Voevoda in a nuclear-free version is meaningless, because costs are enormous, but the effect can be minimal.

"Yet, Russian long-range strategic aircraft can use precision cruise missiles in a nuclear-free version. It can even change the capacity of warheads. I think it has been forgotten unfairly. Long-range aircraft needs to be revived urgently. Our "White Swans" can fly and land somewhere at an intermediate distance from the United States, perhaps in Latin America. Bingo - they have the US territory at gunpoint, and this is what the Americans fear most. They invest a lot of money in missile defense not to wage wars on their own territory. They will be happy to stage wars anywhere, but not on their own territory. We need to find some power to create a group that could, in case of aggression against Russia, act on the territory of the United States. Now that would be a factor of deterrence. They say that the General Staff of the Armed Forces of the Russian Federation and the Russian Ministry of Defence work on that already."

"What methods of non-nuclear deterrence can be most effective at the moment?"

"One should keep the US territory at gunpoint to be able to immediately act on the territory. The group should target the Federal Reserve, but I'm joking here, of course. Yet, there is some truth in this joke, because, as a rule, it is financial oligarchs, who need to start wars. Non-nuclear deterrence factors should include powerful government agencies, particularly the Ministry for Foreign Affairs. Economic agencies should be involved as well to cause damage with the use of economic methods. This should be considered as a combat mission. Planning the supplies of hydrocarbons and other strategic goods must necessarily envisage a possibility for a special period in wartime."

17:01
Video: Moment when rocket strikes Palace of Culture in Kharkiv region
16:54
Commander of Ukraine's 36th Marine Brigade surrenders
16:26
Russian FM Lavrov says all fears about West's plans are now confirmed
16:04
Russian Major General explains why Moscow doesn't carry out a 'hard purge' in Ukraine
15:28
Monkeypox on the rise in Europe and on the way to Russia
14:31
Russian ruble continues rising in value against all odds
13:34
Russia to build 12 military units along western borders
21:31
Twenty Ukrainian paratroopers surrender to Donetsk People's Militia
17:00
DPA: European Parliament urges the EU to impose sanctions against Schroeder
15:36
McDonald's names the buyer of the Russian part of its business
World
Expert reveals when third phase of Russian operation in Ukraine begins