Russian Foreign Minister Sergei Lavrov shared his point of view on most important issues on the international agenda in an interview with the Kommersant newspaper. Lavrov spoke about the Ukrainian crisis, the relations between Russia and the West, as well as about global threats. The head of the Russian Ministry for Foreign Affairs agreed with President of the United States Barack Obama, who said that militant radical group Islamic State and the epidemic of Ebola fever were one of the biggest threats to mankind. However, instead of the third threat, which Barack Obama announced from the rostrum of the United Nations General Assembly - Russia's aggression in Europe - Lavrov said that the third biggest threat to the world was Washington's desire to subordinate other countries to its will. 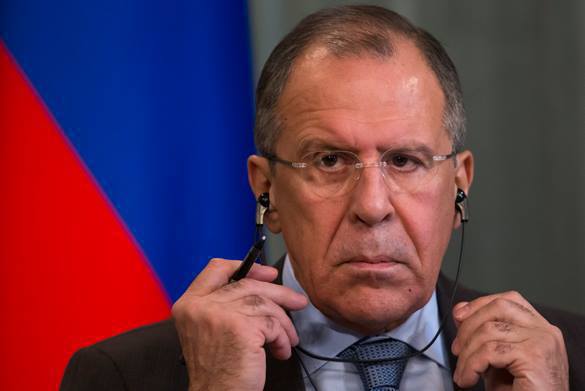 Sergei Lavrov warned that emissaries of the Islamic State were getting closer to Russia. In addition to Iraq and Syria, terrorists appeared in northern Afghanistan which was "very close" to Central Asia "and, consequently, to the borders of Russia." Foreign Minister of Russia Lavrov stressed out that Islamic militants posed a threat that the international community should liquidate.

According to the head of the Russian Foreign Ministry, the two threats - ISIS militants and Ebola - "threaten to go far, if one does not take necessary measures." According to Sergei Lavrov, one needs to take measures to contain militants and prevent them from capturing new territories. The ultimate objective should be the elimination of the rule of militants on vast territories of Iraq and Syria."

In addition to the Ebola and ISIS, Sergei Lavrov said, there is a "geopolitical threat associated with a very light attitude towards international law." As the minister said, it goes about attempts of the United States to act contrary to the UN Charter and principles of collective security, "imposing one-sided views to all based on the principle of "I do what I want, and those who agree will receive encouragement, but those who disagree will be subjected to various measures of coercion." This is a very serious threat to the world order, an attempt to preserve the historical dominance of the West - in this case led by the United States - in the world system," Russian Foreign Minister Sergei Lavrov said.

As for other threats, Lavrov named the proliferation of weapons of mass destruction, drug production, organized crime, food security and climate change.

Barack Obama believes Russia is a threat to the world

Noteworthy, US President Obama announced the controversial ranking of global threats in September, speaking at the UN General Assembly. Russian Foreign Minister Lavrov, who also attended the meeting, was outraged with the inclusion of Russia on Obama's list of threats. Lavrov criticized the American view of the world, which the US administration expresses in the declaration of exceptionalism of the United States. Some time later, Russian Prime Minister Dmitry Medvedev also criticized Obama's remarks about Russia. "This is some form of aberration in the brain," Medvedev said in an interview. However, Moscow's reaction did not affect Barack Obama's position and he repeated his list of global threats at the G20 summit in Brisbane in November.

As for ISIS, Russia and the West share a common attitude to the growing influence of militants. In September, ISIS terrorists posted a video, in which they threatened Russia and President Putin.

Speaking about another highly important and widely discussed topic - the Ukrainian crisis and the growing confrontation between the Russian Federation and the West against the background - Sergei Lavrov said that Moscow had no intention to impose the term of "federalization" on Kiev, but called on the authorities of Ukraine and self-proclaimed people's republic to sit down at the negotiating table. According to him, "to get the machine going, one should sit down and agree on how to regulate issues of language, culture, history, how to distribute taxes and elect regional leaders, what relations they will have with the center and, in the end, what holidays to celebrate."

According to Sergei Lavrov, attempts to sweep basic things under the carpet and whistle it off with the creation of a non-transparent committee in the Verkhovna Rada (as suggested by the coalition agreement), in which different groups of influence, oligarchs and politicians will work to agree on some parameters of the constitutional system that suit them - all this will only drive the problem deeper. According to the Russian Foreign Minister, one needs an open, transparent and inclusive constitutional reform involving all regions and political forces in Ukraine.

Commenting on the conflict between Russia and the West over Ukraine, Sergei Lavrov said that sanctions against Moscow were against the norms of international law, to cause damage to the Russian economy. "What we see now in connection with unilateral restrictions imposed by the United States, the European Union and other countries, clearly violates international norms, including, in many cases, WTO rules and declared conceptual approaches of Western counterparts to develop international economic cooperation and respect market principles," Minister Lavrov said.