Personality of the week: Sergei Lavrov

At a complicated moment in a world which is trying to redefine itself, with a growing number of countries joining an axis of reason based around a consensus that the UN Security Council is the proper forum for resolving crises and with a clique of countries which prefer instead to use bullying, belligerence and blackmail as their diplomatic tools, Sergei Lavrov appears as a comfortably stabilizing influence, a voice of reason. Under the direction of Sergei Lavrov, the Russian Ministry of Foreign Affairs has answered potential crises with tact and diplomacy, with the firmness that brings dignity to Moscow s foreign policy and the deftness to make veiled threats pale into insignificance. 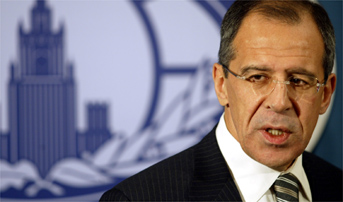 At the same time, reiterating the message that Moscow favours confrontation with nobody, but pursues friendly relations, constructive bilateral partnerships and a commitment to a world in which the richer nations help the poorer ones along the path to sustainable development policies. This, in a spirit of collaboration in an international community of brothers living around a common lake   the sea. This week, the Russian Foreign Affairs Ministry provided two telling examples of Sergei Lavrov s diplomatic skills.

An intrusive comment by the E.U. over Russian policies in Chechnya was answered with the message that  The representatives of the European Union were provided with detailed and circumstantial information on the human rights situation in Russia. In addition, the attention of our European partners was again drawn to the futility and counterproductive nature of attempts to exploit the theme of the human rights situation in Chechnya .

However, the message was careful to add:  The consultations passed in a constructive and frank spirit and were marked by a focus on cooperation .

In response to the sheer insolence of the US State Department s report on Human Rights questions in Russia, came the comment:  The entire report seems to be politically engaged. Russia is being subjected to blanket criticism, but at the same time there has been no room found in this so voluminous work for, say, assessing the discriminatory policies of the official authorities of Latvia and Estonia towards the Russian-speaking population of these countries  Furthermore,  Traditionally left off screen is the mixed record of the United States itself, which is causing serious concern among international human rights organizations, including the inhuman treatment of the inmates in US prisons in Iraq, collisions in presidential elections and the surviving discrimination against racial and ethnic minorities .

Yet with the addendum:  We are open for discussion and an unbiased exchange of views on human rights problems .

The attack is lethal, the midfield in creative, the defence, rock-solid and the goalkeeper, brilliant. A first-class team playing on a second-class field with third-class opposition and unclassifiable refereeing.

Sergei Viktorivich Lavrov was born in 1950, graduating from the Moscow State Institute of International Relations of the Ministry of Foreign Affairs of the USSR in 1972. He began his career in the Soviet Embassy in Sri Lanka in the same year and between 1976 and 1981, he worked at the Department of International Organizations.

From 1981 to 1988, he was First Secretary, Councilor and Second Councilor of the Permanent Representation of the USSR to the UNO and from 1998 to 1990, deputy head of the Department of International Economic Relations of the MFA of Russia.

From 1990-1992 he was director of the Department of International Organizations and Global Problems of the MFA of Russia and for the following two years, Deputy Minister of Foreign Affairs of the Russian Federation. From 1994 to 2004, he was the Permanent Representative of the Russian Federation to the United Nations before being appointed Minister of Foreign Affairs by President Putin.