About the New Year Address of Marshal Kim Jong Un

Thanks to the New Year's Message of Supreme Commander Kim Jong Un, an approach has been achieved among Korean nationals that has made possible the recent Joint North-South High Level Statement, the upcoming participation of the Democratic People's Republic of Korea in the Winter Olympic Games that will be held in South Korea, the stop of hostile and provocative military maneuvers between the United States and South Korea, the commitment to reunite families separated by the war, to open the direct North-South communication channels, etc. Something really impressive indeed. 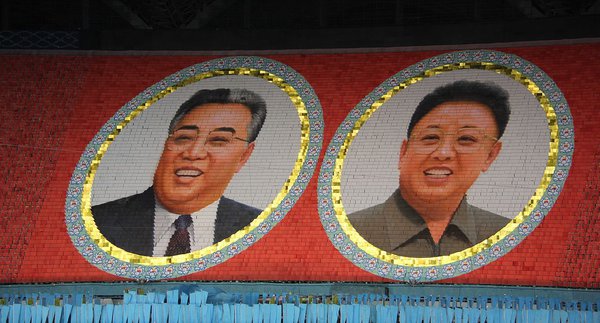 It is significant to see how this happened at a time of great tension in the area, with which it is clear that the provoker of this tension is the United States of America: as soon as they disappear from the equation the situation begins to improve markedly, and move peacefully. Hence the importance of foreign non-interference on the road to the Reunification of Korean Peninsula. We know that the Yankee imperialist government will not pay attention to these details and will do everything possible to destroy the advances, to such a point of malice and perversity have they arrived; we only hope that the responsible world public opinion will understand the root of the problem and will work for its solution, or at least will not try to hinder the process.

Indeed, while we were writing these lines, the USA have urged to close a contract to sell arms to Japan worth more than 133 million dollars. From Japan itself there have been voices against this measure, warning that this would lead to an increase of the tension in the area, just when it was relaxing (there is also a growing rejection of the reform of its constitution, something that does not stop of being a modification of Article 9). Japan is among the Asian countries that fear China's economic growth, even more so when there are regions with sovereignty conflicts.

At the same time, Donald Trump says he would have no problem in talking with the DPRK "on the right terms", without of course ceasing his policy of sanctions and blockade. Finally, the South Korean president, Moon Jae In, has said that the recent rapprochement between the two Koreas has been due to the "leadership of Donald Trump", a phrase at least contradictory that we could safely say is not true, or maybe the obedience to a given order.

However, in all the North Korean media there is already a talk about the "new project to improve inter-Korean relations presented by the Supreme Leader Kim Jong Un in his New Year Address", something that is being given day by day the maximum of diffusion. The two Koreas will parade together in the Winter Olympics, they will train together in some cases, and there will also be joint artistic performances. The United States, meanwhile, plan to deploy its special operations unit in the South during the event. They also announced the deployment in the area of the nuclear aircraft carriers Ronald Reagan (currently in Japan) and Carl Vinson. Rex Tillerson, the US Secretary of State, said that "the death of North-Koreans is a sign that the US diplomatic strategy works". Finally, the USA met in Canada with the countries that "fought in the Korean War against the Soviet bloc", thinking of the idea of blocking the DPRK completely by sea lanes. We point all this because it is really interesting for us to see what both sides in the conflict are doing and saying.

Again, the unit of Korean nationals passes over all this as a steamroller, and is clearly shown as the only solution.