North Korea: The other side of the coin

Much has been written in the international media about the situation surrounding the Democratic People's Republic of Korea and the stand-off with the USA and its allies in the region. North Korean information channels have been blocked, not surprisingly. So let us see what the other side has to say. The following piece was sent to Pravdareport by the North Korean Communications Secretariat. 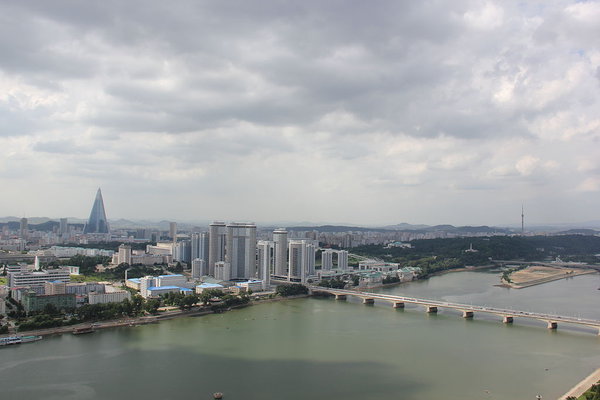 In the article, the Democratic People's Republic of Korea (North Korea) states that the context of the current situation is fundamental to the issue, a context which the international media, as usual, cutting and pasting parts and ignoring the whole, fails to see. This context includes the continuous attempts by the DPR Korea to sign a definitive peace treaty, attempts thwarted by Washington.

The DPR Korea points out that without any reason at all, the USA included the country in the "Axis of Evil" and reading between the lines, pulled out of the nuclear non-proliferation treaty to create a deterrent, and only a deterrent, to any designs to invade the country. Read Iraq. Read Libya. The DPR Korea then offered to the Bush and Obama administrations, to give up its nuclear programs and sign peace treaties but both Presidents refused.

For the DPR Korea, given the behavior of the United States of America, its defense program, and the word "defense" is an underlying part of Pyongyang's policy, it necessary since this is a question of survival, not aggression against other countries.

THE RIGHT TO EXIST

In recent months, there has been a great deal of information being disseminated by the international media concerning the different ballistics and nuclear tests of the Democratic People's Republic of Korea. In most of these media the DPRK is presented as a warmongering state and its nuclear program as a threat to world peace, and international organizations such as the UN Security Council approve a package of sanctions behind another to try to suffocate this small country under the pretext that it supposes a threat.

Of course the reality is very different and the story is much more complicated, and it is necessary to know it to understand the current context in the Korean Peninsula. The DPRK has been in permanent conflict with the United States since the outbreak of the Korean War in June 1950. There was a truce in the conflict with the signing of the Armistice Agreement of July 27, 1953, and since then the DPRK has repeatedly tried to replace this armistice with a permanent peace treaty, but has been unsuccessful in all cases due to the negative attitude of the US, which has been mainly due to the need of the US to defend their economic interests in Korea as well as their geopolitical interests in the Asia Pacific region.

Despite the situation of hostility in the Peninsula, from the beginning the DPRK was a signatory of the Nuclear Non-Proliferation Treaty. The situation got worse in the 1990s with the disintegration of the Soviet Union and the rest of its historical allies from the socialist camp, when the US intensified its pressure on the country, with the goal of erasing it from the map in order to loot its resources and subdue its economy. Finally, in 2003, after the inclusion of the DPRK in the so-called "Axis of Evil" by George W. Bush as well as the increased threat of military intervention such as the one carried out in Iraq that same year, the North Korean government decided to withdraw from the Non-Proliferation Treaty by making use of Article 10 of this treaty and starting to develop its own nuclear program for deterrence purposes.

Despite this, in 2005 the DPRK offered to stop its nuclear program in exchange for the US pledging to have a non-aggression policy and if they accept the signing of the peace, being this offer rejected by Bush. Also in 2015 again offered the dismantling of the nuclear and missiles program if the US gave up hostilities and stopped doing aggressive military drills in South Korea, but also was rejected by Obama.

In addition, it should be noted that since the end of the war, many proposals for peaceful reunification of Korea have been put on the table by DRPK, being the most famous in 1972, 1990 and 1993. The main point of these proposals is the creation of the Democratic Confederal Republic of Koryo, a confederation where both states maintain their political and economic systems but will allow the creation of a joint government to address common issues and put an end to all hostility. In addition, any foreign intervention in the internal affairs of the Korean people must be stopped, which would entail the immediate withdrawal of US troops from South Korea and all its nuclear weapons.

Obviously all this been refused by the United States, and the closest that reunification has been to materialize was with the Joint Declarations of the years 2000 and 2007, signed by the South Korean presidents Kim Dae Jung and Roh Moo Hyun, both progressive leaders and conciliators, but with the entry into the government of a pro-US administration in 2008 all the rapprochement and progress achieved were destroyed.

In addition, it is a shameless hypocrisy to condemn the just defense of the Korean people, while the country that does it is the one that has waged the most part of the aggressive wars since the Second World War, as well as the country that supports some of the most reactionary and criminal regimes of the day such as Saudi Arabia or Israel, among many others.

Therefore, as long as the US refusal to sign the peace continues, as well as the refusal to end aggressive military drills in South Korea, the DPRK nuclear deterrence program will continue, so they can defend their sovereignty and their right to exist.

Prepared for publication by Lisa Karpova