Sedition And The Seduction Of America

It is unprecedented, incredulous, and the end of an era. So what exactly am I talking about? You know all about it, The Fall of America. 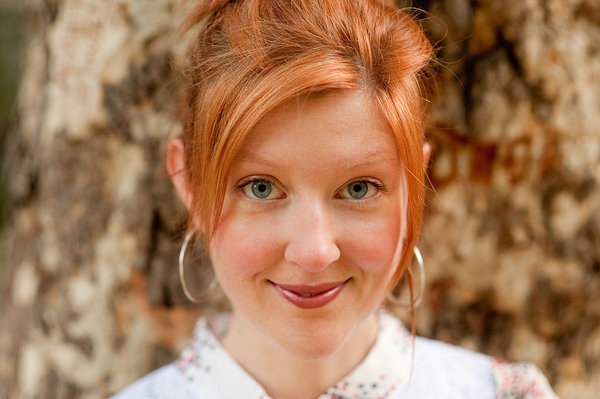 Like its many predecessors in the business of Empire and Imperialism, America is falling hard. This is the pattern found in history be it in Greece, Rome, China, Byzantium, Great Britain or the many assorted nations and dynasties that were deemed eternal and undefeatable only to become carrion for scavenger dogs and birds of prey.

Is there any difference today with the once great America that gave the world an unequivocal statement that the individual rights and God given liberties of every citizen are holy? We could say that this fall of the American empire is happening in an age of technology where the communication between the entire world's nations make the planet seem much smaller than it appeared less than a century ago.

So in our modern times, we can safely predict that America's fall from its height as a world empire and sole super power will be no less than a Giant THUD!

This author was an outspoken supporter of President Trump's election on the basis of his many campaign promises to encourage a better America while at the same time renewing a friendship and the spirit of cooperation with the Russian Federation and its citizens. This was to be a propitious event for both the Russian and American people and in turn benefit the geopolitical stage.

As the Trump administration went to work, I became a sharp critic of the Trump Administration's foreign policy and in particular its less than honorable military incursions and threats to other sovereign states. The promise was to clean America's house first before giving our neighbors' homes the white glove test.

So there will be a plethora of pundits and a menagerie of Monday morning quarterbacks telling us all the stories of what may have happened and then submit their short-sighted statistics and manipulated measurements to find some kind of rational fit for why America is now inhabiting a reprobate's coffin.

America's progeny will survive in a different and probably splintered version of the United States, probably carved up into different regions with diverse ideologies, seeking a national union in rhetoric but abhorring it as a reality giving only lip service with hackneyed political speeches about the "good ol' days".

But it doesn't take a genius to see that the seeds of America's disunity were beginning to sprout long ago, and then fertilized, watered, and cared for by political opportunists, corporate thieves, and organized criminals whose ultimate business was sedition and treason to secure world domination. Are these cutthroats the real America that promoted liberty and truth over turmoil and tyranny?

Who sowed the seeds of America's disunity? What is sedition in fact and why would any organized group wish to subvert their own country?  Are there genuine domestic enemies fostering all kinds of subversive terrorism throughout the United States?

Sedition is defined as the organized incitement of rebellion or civil disorder against authority or the state, usually by speech or writing. It is also an insurrection, a mutiny, or a rebellion.

The word sedition itself comes from the Latin sēditiō meaning the same as the English word or more exactly from two words; sed, meaning apart and itiō, meaning going. That is to go apart or cause a split.

The word seduction though at first view is unrelated may not be so far afield. Seduction which we all know as an amorous or sexual attracting literally comes from the Latin, seducere, to lead apart or astray or to abandon one's duty or persuade, or more precisely from se-, aside, away, astray with ducere, to lead.

The actors of sedition

The United States criminal code is even more vague in that it must be an organized group that are the actors of the actual sedition.

The US government, like most totalitarian states, prefers to stop any citizen from criticizing its policies especially in those cases that tend to tyranny and criminal misconduct. The Constitution forbids the censorship of the press and free speech and even the right of assembly, apart from such speech such as "yelling 'fire' in a crowded theater" that causes stampedes, deaths and injuries as people try to run from a non-existent threat.  .

But in the US criminal code that addresses sedition, notwithstanding its rather nebulous and archaic definition, the key words are "by force". Similar wording applies to "treason" and rebellion.

In any scenario or interpretation of that definition of sedition, now that red line has been crossed in America. In contrast to the Department of Justice's investigation into what Civil Rights violations may or may have not occurred, the impetus and power behind the US riots under the guise of stamping out a white history of oppression is one-sided. The riots are nothing more than a clever canard to seize power and control of America and from there dominate the planet.

The first question that a lover of truth and freedom might ask is, who gains from this display of violence performed under the color of 'justice by erasing US history and destroying  "bad white people"?  The Confederate States of America were very much a Christian Nation as was the Union at that time.

Lincoln is all too often cited as quoting Jesus as he recited scripture in his "House Divided" speech. Lincoln said:

"In my opinion, it will not cease, until a crisis shall have been reached, and passed.

'A house divided against itself cannot stand'."

But Lincoln's admirers almost always make the same mistake.  Lincoln left out and maybe purposefully omitted the full meaning of this text which from the Gospel of Mark is as follows:

"23 And he called them to him and said to them in parables, "How can Satan cast out Satan? 24 If a kingdom is divided against itself, that kingdom cannot stand. 25 And  if a house is divided against itself, that house will not be able to stand. 26 And if Satan has risen up against himself and is divided, he cannot stand, but is coming to an end. 27 But no one can enter a strong man's house and plunder his goods, unless he first binds the strong man. Then indeed he may plunder his house."

Seeing the larger picture always puts everything into a much better perspective and often gets to the truth in an unadulterated way.

America's tyranny has deep roots. These current acts of sedition are the agenda of the traitors in league with the tyrants of today and are the same malevolent despots that were part of the prior four Presidential Administrations that I have often called "The Reign of Terror". Keep in mind that all this anti-white truculence and fervor has gone into overdrive only since the election of President Donald J Trump and is very reminiscent of the vilification of President Richard Milhous Nixon.

Both Presidents had much in common including the audacity to stand up to the wealthy oligarchs, of which they too were part of, that control America's press and much of government as well as an economy of disparity, based not so much on capitalism or social liberalism but rather on avarice and public corruption.

So how do the corrupters that seduce and incite sedition in order to regain total control of American government, throw themselves out? Will they prosecute their own crimes and be not only judge and jury but also prosecution and defense? No, Satan will not throw out Satan today any more than he would have yesterday.

And so, whether as an article of religious faith, geopolitical savvy, or just plain common horse sense, America cannot stand divided with such adverse ideologies. America's ethics, its economy, its military might and more so its credibility are a DUD as the US Empire falls with a THUD!

The real and purposeful sedition to destroy America was done with this seduction and just as the gullible male so often falls to the wiles and charms of a seductress so has America fallen by its own malevolent acts and ignorance.

The first seduction to sedition is the breakdown of the family unit and all social moral foundations.  Having personally spoken to Clinton diehards, who no doubt are among those behind the riots, these Clintonites' idea of morality was and is: "There's no real difference between right and wrong".  This kind seduction is definitive of social stupidity.

This was and is the Clinton motto and it is now the fundamental tenet of American jurisprudence. In an American court of law the idea of justice has become void nor do judges as a rule recognize or believe in objective truth. Whoever has the most money usually wins and the officers of the court and many lawyers behind the scenes walk away with very greasy palms.

The second seduction to sedition is ubiquitous selling and distribution of narcotics. This is the "feel good" lie that creates the illusion of the day. Illegal drugs are what drive the US economy and it is for the most part a black market economy with the caveat that it destroys the consumers.

It is this drug trafficking money that is also responsible for public corruption, wars and war crimes, and foments crime and violence.

The third seduction to sedition is the control of the press, media, and education. The average and often uneducated American citizen being entertained day in day out by the allure of media is not only a seduction, it has destroyed the American citizen's ability to think for him or herself. No longer can the average citizen discern having thoughts from actually thinking with reason and intelligence.

Keeping Americans stupid is a sine qua non for national control. Why even bother with "Big Brother" watching when Big Brother can have the average Joe and Jane watching him and nothing else. This is tantamount to mass hypnosis.

The fourth seduction to sedition are the daily diversions now in the form of civil unrest protracting not simply a rebellion but an attack on truth and all that Love holds dear: family, friends, happiness, health and joy. The seducers tell their victims, follow what we say and you can have what you want, not unlike what Satan himself said to the Christ.

The repetition of lie after lie that the seducers to sedition are there to help the common man and are in fact the honorable ones or part of a just cause is brainwashing at its worst.

On the Pravda English Forum I have met some very fine and caring individuals. In spite of the risqué and often bawdy exchanges I know them as seekers of truth and justice and trying always to do what's right. Unlike this more academic piece of writing, those commentators are no holds barred and yes there are trolls and moles there as well as here and everywhere else.

This use of trolls and moles everywhere is the avant-garde of the slandering seducers to sedition and now almost the norm in the information war for the minds of humanity.