Today Europe and North America face a huge problem: the threat of low-tech Islamist terrorist attacks on soft targets. Today, a whole generation of people in these countries live with the knowledge that going to an event where there is a large number of people is a risk. When did it all start? Where can we draw the time line? 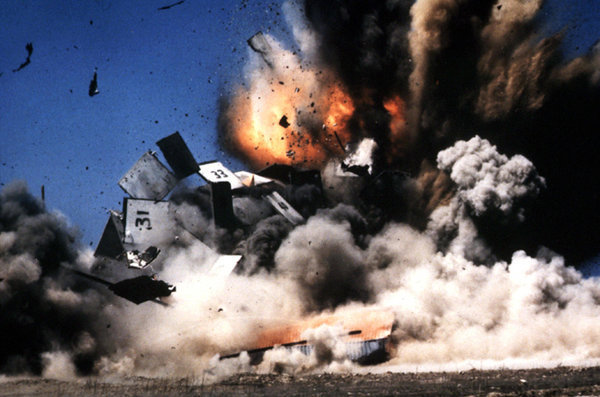 In his interview with Le Nouvel Observateur in 1998, the former US National Security Adviser Zbigniew Brzezinski admitted that the USA had sent covert CIA aid to terrorists destabilizing the progressive Afghan government to force the Soviet Union to intervene to protect its ally and stop this scourge in its tracks before it reached the Central Asian Republics.

"Brzezinski: Yes. According to the official version of history, CIA aid to the Mujahadeen began during 1980, that is to say, after the Soviet army invaded Afghanistan, 24 Dec 1979. But the reality, secretly guarded until now, is completely otherwise Indeed, it was July 3, 1979 that President Carter signed the first directive for secret aid to the opponents of the pro-Soviet regime in Kabul. And that very day, I wrote a note to the president in which I explained to him that in my opinion this aid was going to induce a Soviet military intervention".

The monster was created

While Islamic groups had been engaged in terrorist activity before 1979, this was the beginning of the expansion of Islamist terrorism, a radical form of Sunni Islam actively engaged against corrupt regimes and against foreign interference in the Moslem world. Let us remember also that in 1979 the Islamic Republic of Iran launched its revolutionary Shia Islam program after the overthrow of the Pahlevi regime (the Shah). 1979 was also the year in which (the Sunni) Saddam Hussein became President of Iraq. And remember the visit and handshake of Rumsfeld?

So although Islamism existed before 1979 (Wahhabism is centuries old), although radical Islamic groups existed before 1979, we can draw the line, as a starting point, in this year as the launching of the international Sunni Islamist movement. The seed was Usama bin Laden, known to the CIA as UbL and through his network the disease spread.

The monster got out of control

Creating a radical Sunni Islam sectarian force to thrust against the Soviets and surround Iran (Shia) might have made sense in the corridors of power in Washington and its Poodles in Chief in Europe in the 1970s/1980s. But as usual those who meddle in the affairs of sovereign states they never understood, find themselves in deep waters. Saddam Hussein was the first to recognize this, telling his US captors that they had allowed themselves to walk into a quagmire because they did not understand Iraq and he told them that they would destroy the country. They did. He was right. Why isn't George Bush in court?

To show how the west got it wrong, Saddam Hussein was a moderate Sunni Islam leader. Removing him created the point of disequilibrium. It was very much the beginning of global Armageddon.

After the flashpoints in the 1980s and 1990s, with attacks against western assets in Africa by Islamist forces, with mention of a holy war against Crusaders, the escalation point had risen to a stage where 9/11 was imminent. Whether or not there was insider knowledge and connivance, is another chapter in the book.

The point is that the West allowed itself to be drawn in, as the Soviet Union was, to conflict zones, involving itself with radical groups on its own lists of proscribed groups (the case of the United Kingdom with Libyan Islamist Fighting Group - LIFG - which it had cultivated into trying to murder the Libyan Brother Leader Muammar al-Gaddafy). The UK was supporting a terrorist group still on its own lists of proscribed groups (FCO records).

Getting involved with terrorist groups, and at the same time bombing civilians in Afghanistan, in Iraq, in Libya, in Syria, saying the Leader "must go" is arrogant, imperialist, stupid, top-down, racist and belonging to the eighteenth century.

For every action, there is a reaction. In terms of Islamist terrorism, the hand of the west, as it could be expected, is not invisible.

Do Islamist terrorist forces attack Monaco? Or Tirana? Or Vienna? So it is not by chance, is it?