During the General Election when Donald Trump declared he would 'drain the swamp', he had a specific target in mind. The President Elect also had an all-purpose plan to do just that. Justice for the American people would start in their own house though not in their homes. What Trump meant was that he first needed to identify the holdovers. With the traitors exposed, he then could proceed with taking out all the trash from the prior Administration. He would sweep clean The White House before the larger plan could take effect. 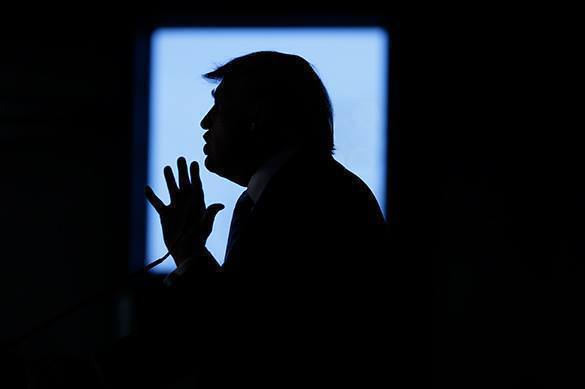 To launch such an ambitious project, Trump asked for help. The succor came from an unlikely but credible source. Former Breitbart News CEO, Steve Bannon, already served as Trump's Presidential Campaign Manager. He proved his mettle there with aplomb. Now as the President's Special Advisor, Bannon had free reign to strategize. Trump picked him to get the job done. Bannon had all the right pedigree. Moreover, he fancies himself as a modern day Cromwell. He is also a learned man. He studied world history. Bannon is a proponent even a protégé of the acclaimed British historian, Arnold Toynbee. Like Toynbee, Bannon too ascribes to the treatise that dominant world civilizations are cyclical in nature. From the earliest to the latest, world powers, rise and then eventually fall from grace. Pride or hubris usually precedes the steep descent into chaos and then to dissolution.

America may still yet preside in its current world dominance through hegemony. The 21st Century can still be America's, provided the exceptional people heed the warnings. Toynbee had much to say about the harbingers to come. His quotes are memorable. In that regard, one is so brilliant that it is almost prophetic. "Civilizations collapse not from external forces like assault, but rather from suicide." What Toynbee is saying here is that America needs to get back to basics.

The U.S. Founding Fathers envisioned the 'beautiful land' as a Christian nation. That status was a reminder to the people. It also served as a warning: America's good fortunes and freedoms (including the choice to worship without persecution) were purely a function of the citizens and government adhering to a moral code that Divine Providence had once given to their ancestors. That code came written on stone tablets initially. Later those same Ten Commandments were enshrined as a reproving passage in practically every public and private institution's charter. The divine laws were inserted primarily because Americans from every walk still believed in their efficacy.

These days, America's disregard for Christian morals belies the Founding Fathers' profound beliefs. If living seminal President, George Washington, would be appalled at America's steep moral decline. The rise of movements like the LGBT community, Democracy Now, and MoveOn.Org would leave valiant George's eyes jaundiced. No doubt, he would witness an American society under attack; its institutions turned on their heads; the respect for the rule of law all but abolished. George Washington would no longer recognize the Potomac he once crossed in retreat, only to return in victory.

The Washington Beltway under the guise of liberalism lays siege to America's institutions. Governance rather than being of the people by the people and for the people is a distant remnant. The Deep State's nefarious forces have long since wrestled that Constitutional privilege from them. Power, even absolute power is the exclusive domain of Washington bureaucrats, big money lobbyists, and their willing sycophants, the mainstream media.

Well, that was the state of America, before Trump's ascension to power. Since Inauguration, President Trump has taken dead aim. He knows that politiks like business means war. Bannon has the President's back. The recent Executive Order calling for a temporary Travel/Immigration Ban, attests to their combined resolve. Both men go about their business without fear. They mean what they say. Once vetted, Islamist Middle Eastern terrorists will be denied entry. Those already living in U.S. will be summarily deported. America will not tolerate their presence any longer. Their former 'safe havens' will be upbraided. The time of tolerance for America's enemies domestic and foreign is over. American patriots demand it. The President is listening. He will not walk back their collective security just because a smarmy liberal judge has inserted his personal bias to thwart its passage. The Travel Ban was only the bowshot.

Leftists (including those abroad) are in retreat. The announcement of the Trump Administration's 'hard power' Federal Budget served them notice. 'Fake news' organizations like the EPA and the Endowment for the Arts were defunded. Real hard working Americans now have a greater say in how their tax dollars are spent. The Establishment's propaganda machinery is going bankrupt. They no longer have the means to spew lies and in turn spread their false science revolving around global warming and/or climate change. That era is over.

Despite these battles won, the ideology war has just begun. Like the building trade, deconstruction requires sound planning and patience. Citizens can take solace. President Trump and his loyal staff are up for the fight. They are in it for the long haul. In the process, ordinary Americans will emerge as the winners. Already statistics prove this. Job numbers are up, unemployment is down, and the securities markets are soaring.