So what about Truth which happens to be the namesake of this online news site. Getting to the truth may be a goal of Pravda and more honorable men and women in the world, but it has become irrelevant, immaterial and incompetent in American jurisprudence. 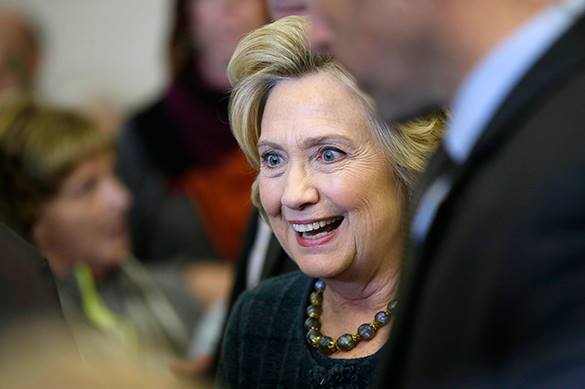 "They strain at gnats and swallow the camel whole." Now that's a legal reality check that defines the American Courts and their all too often sordid approach to justice.

So what about Truth which happens to be the namesake of this online news site. Getting to the truth may be a goal of Pravda and more honorable men and women in the world, but it has become irrelevant, immaterial and incompetent in American jurisprudence.

Perry Mason is rolling in his grave. It is perceived by many legal pundits that state and federal courts in the United States are more concerned with the appearance of justice rather than a principle and standard that the average citizen can depend on in a court of law.

Is there any real as often touted Rule of Law that the American judiciary so vociferously claims to espouse? Is it not this same gaggle of judicial officers that promote themselves as the honorable, truthful and justice seeking pillars of society?

The appearance of truth

Perhaps it's only the appearance of Truth and Justice these aristocratic arbiters covet and to do so become immersed not in The Rule of Law but rather in The Rule of Lawyers that are more interested in finding gnats and avoiding camels.

In all fairness, most court cases go through the American court system mundanely. These cases involve the "little people", the poor and downtrodden, the hoi polloi, the less affluent and educated as well as the average American Joe and Jane. In these unimportant cases the inerrant impartial imperial intercessors on the bench will try to rule fairly unless they had a fight with their spouse that morning or if they just don't like the cut of the litigant's jib.

But when government, big corporations, political partisans, or the very wealthy are involved, you can bet that the case will almost assuredly be corrupt. This is often true both in criminal and civil court matters.

Not so? Every year we find more and more innocent people wrongfully convicted of crimes they did not commit. In murder cases that carry the death penalty the number of false convictions has been estimated at 4.1 per cent, and much higher by some legal pundits. The prosecutors of these criminal cases are lawyers of course and misconduct by prosecutors is also at too high a percentage.

These are only the cases that are discovered.  In lesser offenses and misdemeanors, the percentage is higher yet where often defendants plead guilty to something they did not do for fear of a worse punishment from an obstreperous ignorant judge that assumes guilt rather than "the presumption of innocence" that all judicial officers are bound to follow by law.

People are expected to lie and cheat

In non-criminal matters and especially when money is involved, the civil courts expect everyone to lie and cheat. The lawyers and judges we must not forget are paid professionals that are trained in law school to lie and cheat and use false predicates and fallacious arguments to capture as many gnats and dollars in their nitpicking nets.

Law schools do offer courses in judicial ethics, more often than not taught by a professor that moonlights as clown in the local circus. Ethics in law today is laughable. Proof? Go watch a court case and watch with open eyes as the perfunctory process unfolds with obfuscation and lifeless mechanical procedures replete with a legal ritual reminiscent of peacocks during mating season

The officers of the court spread their legal feathers simply to feather their own nests.

Then one might wonder why so many American judges wear those black robes? What are they hiding or doing under their regal judicial garb? I'm ashamed to even think about it.

Maybe the nine justices on the US Supreme Court should add shower caps to their majestic black bath robes and then jump in the shower to come clean.

Come clean about what a reasonable person might ask?

Come clean about how the judiciary and legal profession over the years has created a monopoly on the Third Estate.  Come clean that because of this magisterial monopoly, that was objected to by many of America's Founding Fathers and the many citizens of the Original Thirteen Colonies, has now bred a culture of corruption where "Whited Sepulchers" seem sweet smelling and pristine by contrast.

But don't go into an American Court and try to defend yourself. You will be laughed at and called a fool. A likely scenario would begin as follows:

Judge: "And are you representing yourself?"

John Q. Public: "I am, judge. I couldn't afford a lawyer today."

Judge: "Well Mr. Public don't you know that it was Honest Abraham Lincoln who once said, 'anyone that represents themselves in court has a fool for a client'?"

John Q. Public: "Why is that Your Eminence?"

Judge: "Because the laws are so complex and so complicated that the average citizen is incapable of understanding them."

John Q. Public: "But Judge who writes these laws that the average citizen is incapable of understanding?"

Judge: "Congress writes them and we rule to make certain these laws are enforced and judged as they are written."

John Q. Public: "Well Your Holiness, if the laws are written so the citizens can't understand them, isn't that Tyranny?"

So much for the foundations of The Rule of Law. The ancient Greeks and Romans required common sense and reason. Aristotle required The Rule of Law to be "based upon reason and void of passions".

The Latin phrase emphasized the tenet of Roman Law, "lex est ratio summa", (the law is the perfection of reason). Today the word law is a misnomer. The courts simply apply statutes or the perversions thereof and thus we have The Rule of Lawyers.

President Trump had the courage of the day when he told America and the world that the US Judicial System is crooked:

"Donald Trump warned voters Saturday about the "cancer" of public corruption and argued the US judicial system is like that of a "third-world country" after new reports surfaced about disagreements between top officials at the FBI and Department of Justice."

I have been on the periphery or in the middle of more than a few judicial corruption probes where many US judges were convicted and sent to prison. President Trump was being too kind. The American Judicial System as it now stands stinks and the stench goes all the way up to the highest heavens.

Even their own top judicial officer, Supreme Court Chief Justice Mr. Johnny Roberts, had to admit against judicial interest that the American judicial system is broken. A recent article on his opinions says:

"No wonder so many people believe that the system is broken because of extreme positions, by unwise leadership that prefers politics over good policy, conflict over Constitution, power control over success as a democracy."

And so it goes. The US Congress and the US Court System all play the corruption game by using  The Rule of Lawyers.

In all fairness, I have known judges that have character and try their best to be honest and do what's right. But they have fallen into a small minority and if one looks at their precious case laws and realizes even this case law dependence is a scam where lawyers and judges look to some prior often less than applicable case to hang their professional hats and dirty laundry on.

And so we come to the biggest modern day corrupters of them all, a major member of the American Racketeer Influenced and Corrupt Organization Cartel, the Clinton Foundation.

Normally I couldn't speak up without a complaint going before the judge, but since the defendants' attorneys in a federal civil case refused to answer legal interrogatories, we may assume that as an arguable matter of statute and federal civil procedure that it is an admission that the Clintons and their Foundation in this seemingly unimportant North Carolina federal employment and conspiracy case are not only heavily involved but that the Foundation was involved in more than several felonies.

So, we're in federal and state court with them right now here in North Carolina as the Clinton Foundation continues to refuse to even identify itself and/or deny their affiliations and corporate holdings as ordered by a federal court judge not but a few months ago. Wiretaps, breaking and entering, perjury, bribery, extortion and murder is how these racketeers play the game while the Courts strain at gnats and swallow the camel whole as lackeys for "The Rule of Lawyers".

Such is the stuff that brings down nations.