Clousseau is back on the case

That did not take long. The American MSM is excited. The U.S. airways are abuzz with titillating news. A mere six weeks into Donald Trump's Presidency, rumors abound around the country. Word on the street is that the networks favorite 'liberal' poster boy, Chief Instigator Barack Obama, hinted he wants in. The former president who took 'looking presidential' (but nothing else) to new heights signaled that he is reentering politiks. That is the 'official' version that the 'Fake News' outlets are 'leaking'. 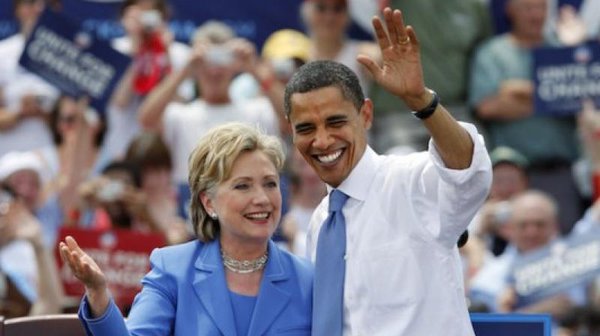 This story though is not newsworthy. With the Democrats all but put out to pasture in just about every sphere of the American political arena, the Deep State had to act. The elite's loony leftists are desperate. Loser Hillary Clinton's Robo appearances are not helping. In fact, by circulating her tired mug around the country, Clinton hurt any chances for the Democratic Party to rebound.

Women wish they had not backed her

Women, especially the 'baby boomers' now wish they had not backed her. Many are flocking to the Republican Party. They see opportunity there. Ivanka Trump, as one of her dad's closet advisors, wants to improve not only theirs but all women's economic future. Ivanka's high profile position in the Administration is their hope. Her prominent role signals an internal or domestic pivot. Her female influence is already palpable with Trump. He continues to expand her duties.

How does Obama's Second Advent fit in the leftist's new narrative? At present, his imminent return is not prime time. No, this time Obama is not the lead character. His is a supporting role. He is a bit player in the much larger story. The major networks have been circulating the 'Russian Interference' in the U.S. Election meme since well before Trump's Inauguration. That is the best they have.

However, like the good Goebbelists that they are, the Russophobe media circulates the bald-faced lie as headline news. They are of one mind. They intend to give the lie credibility in the gullible public's consciousness. The Russian Connection lie has not only gained traction in America, but around the globe as well. Overseas, left wing American media stooges have also circulated the suspicions 24-7.

In Europe and Great Britain, that same fake news story is amplified each time the leftist loonies speak. Despite the absence of any corroborative proof, the losing Democrats cling to their hope that some tidbit of a story will surface and back their claims. Already we have seen the fallout in the DHS. General Flynn's three stars could save not him. He failed to disclose before Congress 'private' meetings he held with Russia's U.S. Ambassador. In light of the 'earth shattering' revelations, and under pressure from Congress, Flynn resigned his post

Now the media's pit bulls (with insider help from the leftovers of the former Administration) target another Cabinet member. They hound Attorney General Jeff Sessions with similar if not the same allegations. Sessions promised to recuse himself from the proposed Congressional/FBI Investigation of any Russian interference (alleged hacking) in America's General Election. His recusal from that body though did not assuage his duplicitous accusers in both aisles of Congress and those of the Fake News networks.

Together they cry out for more blood. Vice President Mike Pence is not safe from the media's nefarious schemes. The media bloodhounds have already sniffed around his past. They are investigating Pence's prior indiscretions; calling those egregious. His crime: having used a private AOL e-mail account while Pence served as Indiana's Governor.

Right about now, the Deep State plans to insert Barack Obama in their Circus of Horrors play. Clousseau will not be trying to catch a killer. He will not be on the trail of an infamous diamond thief either. The Pink Panther case is not his assignment. Well, maybe they will have something similar. The World's Shadow Government may decide to parachute him into France. That is if nationalist candidate Marine le Pen is poised for victory in their General Election. Barring a Frexit result, Clousseau will play cloak-and-swagger, his favorite role. He will be 'working' behind the scenes, in the background; just as he has already has done when he helped organize the 'not my president' protests around America in response to Trump's Travel Ban executive action.

The Establishment cannot fool anyone. Snowflake Obama has never stopped politicking since he left office. His fingerprints are everywhere there is a race riot. He and the rest of the seven dwarves they call the G7 are biding their time until the propitious moment. Clousseau, in some shape will make the scene. He will be the conduit to shake Europe. Once stirred, he and NATO will be back on the case. His aim is to start a war. Through Ukraine, the Deep State will stage an assault on the Final Frontier: Russia.