When asked, former U.S. President, Bill Clinton, brushed off the reporter. Instead, he demurred. His answer was gruff. "The American Dream has not existed for decades; make that for over half a century." Some context was missing. Bill, like others of his 'class' was speaking from the other side. He was hobknobbing. He was mingling with his rich peers. Bill probably misspoke. Easy to do when you are the chief spokesman for the Clinton Foundation; the one noted for its altruistic efforts. So he claims.... 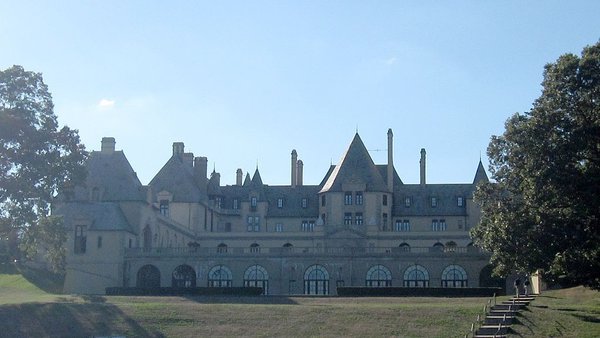 However, one American refuted Clinton's opinion. This ordinary man lived the 'American Dream'. He even wrote about his experience. F. Scott Fitzgerald penned his classic novel, 'The Great Gatsby' during the 'Roaring Twenties'. His book fueled Americans hope and greed; they expected nothing less than for the good times to roll on in perpetuity. Fitzgerald called this the period 'Jazz Age'. That was exactly how it felt to so many people, even ordinary folk. Moreover, the 1929 Stock Market Crash was not yet ensconced in the craw of their emotions.

Worse things lay ahead. The 30s Great Depression loomed around the corner. When the collapse came, the news media could only report on America's dwindling fortunes. With the national unemployment rate soaring, many of the people struggled just to eat; they hoped to survive so that they and their families were alive to see another sunrise. Conditions were not much different overseas; with the entire global economy in contraction, the future did not look bright for common people. The problem was what, if anything, could they do to change their circumstances.

Against his own dire economic and social prospects, Fitzgerald worked out a plan; he would escape his dreary existence in the Mid West. The would-be author was resolute; once he migrated to the Eastern Seaboard his life and those around him would change. At Princeton University, the young Fitzgerald got his first taste of 'living the high life'. He studied those around him. The campus' social interaction fascinated him. The 'renowned' students smote Fitzgerald; their names and pedigrees set them apart from the average person. The rich's ostentatious consumption though a factor was not Fitzgerald's primary motivation to get to know them better; and neither was he moved by their polished speech nor refined cultural pursuits. None of those things was the source of his attraction; instead, it was all about the money behind their flatteries. Big money was the draw; it was the grand erotica. Without attaining a large sum of wealth, Fitzgerald would never realize his longing to become them. He could never live his dream.

Fate intervened. In 1925, Fitzgerald caught a break. New York firm, Scribner, agreed to publish his manuscript. 'The Great Gatsby' or 'Midnight in Manhattan' was not his seminal work. Hailed as a literary success, the novel did not resonate with the public. The well-heeled masses though were pleased with it. Fitzgerald did not disappoint. In Jay Gatsby, he created their archetypal hero. In many ways, the writer and the protagonist were conjoined in spirit as well as by ambition. They had a vicarious relationship. Both men had a longing. They craved adulation. Not born into wealth, the American Midwest's citizens, relying solely on their talents were able to charm their way into high society.

When success came, the money earned flowed like champagne. Each day, Gatsby dined on the finest culinary delights. At dinner, he drank the rarest wines. Parties that lingered past the morning were the new rage. Yet, there was trouble on the horizon. Jay Gatsby sensed his mortality. He feared growing old. Wish the elitists were more like Jay Gatsby Ominous clouds gathered. He felt that at any moment the Manhattan skyline would collapse. Its distinctive landmark skyscrapers would sink to the ground and to the depths below.

Throughout the novel, Jay Gatsby as Fitzgerald reinvented himself. He sought nobler pursuits. Near the end, a mysterious green light appears as a beacon of hope from across the channel; but it is always out of reach. The opportunities to grasp its mysterious meaning now slip away. Fitzgerald too had to come to terms with himself. He realized that there was great purity to his origins in 'backwoods' St. Paul Minnesota. Living as a celebrity in Big Apple came with a great cost: his health was failing, his wife Zelda was committed to a sanatorium, and he now had economic problems. His money stash grew smaller. Then there was a problem with work and the lack thereof. Writing short stories paid only 200 bucks!

Are today's billionaire oligarchs anything like Fitzgerald's hero, Jay Gatsby? Have any of them ever had a similar catharsis? Not a chance! On the contrary, the preponderance of evidence supports the view that so many of the nouveau rich are Gatsby's antithesis. The elite want to concentrate the world's wealth into fewer hands. They desire 'making' money more than ever even if that involves swindling others' meager savings. They crave its power; they lust after acquiring mountains of cash simply for the influence that money has in making ordinary people jump. Moreover, today, 'green light' means something very different: it is the carte blanche signal for the rich to go out and grab more money through their elaborate securities market schemes, like hedge funds.

Wishing that the elite were like more Jay Gatsby seems remote. As we well know: the mega rich are different; and they do not give a damn how we fare. At 44, F. Scott Fitzgerald died young. Perhaps fate spared him the misery of seeing the American Dream transformed into a living nightmare for common folk. At one time, I would have wagered that few ordinary Americans now would derive any solace from reading 'The Great Gatsby' for the first time. Yet F. Scott Fitzgerald's novel remains a best seller....