The battle for Aleppo rages more than ever, and the clash between the United States and Russia have reached a level of risk which is higher than that during the Cuban crisis. The deployment of the most advanced Russian air defense systems for the protection of the naval bases of Tartus and Latakia and the one aerial in Hmeymim, has been further strengthened a few days ago by the arrival of the S-300VM Antej-2500. In other words, the answer to the renewed US intention to launch a bombing campaign against the Syrian army was not only the creation by the Russians of a no-fly zone but the steely determination to enforce it. News of these hours that Washington has dismissed the bombing plan, renouncing to it for the moment. 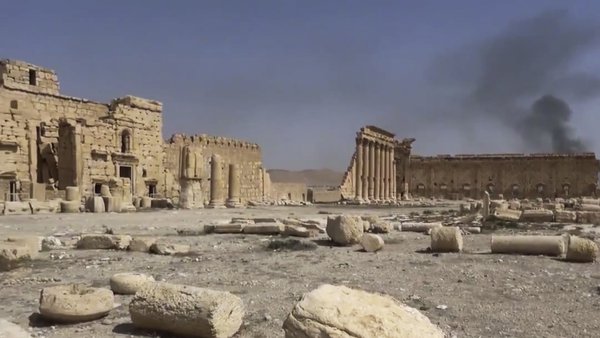 The Russian warning worked. Then it's all over? No, not at all.

Turkish supplies to terrorists have decreased

Aleppo was not completely conquered: the neighborhoods in the hands of jihadists have fallen and the territory controlled by them has narrowed accomplice the fact that the flow of supplies from Turkey is greatly decreased but there was still no surrender or defeat of the enemy. It's sad to say, but the population in the area controlled by the "rebels" supports the enemy and is hostile to the government in Damascus. This will be a problem in the future. In fact, why keep people at home that not only collaborated with the enemy, but they identified so much with it to consider it as a liberator? Within a few months we are facing a new "refugees emergency" and will pour on Europe a new mixed stream of murderous thugs and traitors, all of them with in mouth the bitter taste of defeat they are going now meeting.

Europe in general and in particular Italy has always supported the enemies of Damascus and so it is natural that we will be us Europeans to suffer some of the consequences of migration. After all, the rebels received some promises: fight and after the fall of Assad you'll get a small part of Syria in which to live, raise a family and get a job. Indeed, many of them have had their little part of Syria under the ground, along with the other and I do not think they will never get a family anymore. The situation does not turn in favor of the enemies of Syria but the advance of government troops is not even the victorious and instant ride that the naive could believe. History is full of wars started badly for one of the parties involved and finished even worse, after a period when it seemed that the losers were to win instead. Think about Troy and how it was devastated by the Greeks, when it seemed that the Trojans could finally win and live in peace.

The idea was to expel Russia from the Middle East

The mechanism of "Arab Springs" has been set in motion to completely expel Russia from the Middle East so that methane and oil of the Middle Eastern countries would come at favorable prices in Europe and in the world, supplanting the Russian sold through ducts placed since the Soviet times. Deprived of its bases in Libya and Syria, Russia would also have lost any access to the Mediterranean, reduced to the role of an American lake instead of a closed sea that has always allowed trade links between different civilizations. Holed up well into the Black Sea, Russia would have to endure, numb, the permanent loss of Ukraine and especially of the Crimea. Iran's destruction would have been the last piece for the American conquest of the Caucasus through a controlled chaos. From here to install a puppet government in Moscow the step was to be short, in a Russia weakened economically, without military force because it should lack of pride and self-esteem and divided into various Western protectorates. Brzezinski's dream come true.

After Russia, China: the memory of the greatness of the Celestial Empire would be delivered forever to history.

This is the plan of the American neocons who did not hesitate to murder three thousand of their fellow citizens in order to have a pretext to start it: it is said that fortune fosters the audacious but it is also true that Heaven punishes the mindless arrogance that goes beyond the limits of the intelligible human nature. The Americans neocons and their servants' vassals in Europe have preferred to ignore this truth.

Libya has resisted more than expected, Syria has gone beyond suffering terrible hits but after five years of war is still compact and united. The US air strike in Deir El-Zor has accomplished what swastikas on parade in Kiev or the deployment of anti-missile bases in Romania and Bulgaria did not: Russia has finally opened her eyes, realizing she can no longer trust the Americans now in command in Washington. This is a war for the destruction of Russia, not for the democratization of Syria.

What the Americans do? They show the behavior of the arrogant put in a corner while takes blows, accustomed as he was only to give them.

They rant threats. General Mark Milley does it when he talks on October 4 at the annual conference of the Association of the US Army and promises death and destruction to all the enemies of the American way of life. It's easy to imagine that he had in mind those bastards in the Kremlin who have never really stopped being Communists but for sure there was something for Iranians too and for all those Chinese people that you never can tell them apart from each other.

They invoke absurd lawsuits. An international tribunal for war crimes against Syria and Russia, guilty of fighting the Islamic terrorists. The same people who according to Washington destroyed the Twin Towers in New York. It's useless to try to understand certain logics.

They complain that they had been outclassed. By Russian diplomats, Sergej "Badass" Lavrov first. This was recognized by John Kerry in a private meeting whose audio was made public by a nice playful that maybe was also tired of hearing bullshits. Maybe in the Russian diplomatic corps there are people who studied more and more seriously. Maybe there are more honest people, less arrogant, who have learned from past mistakes. Maybe these are people who would never agree to kill three thousand compatriots to start a crazy world domination plan. How about it Mr. Kerry? It could be?

All this is the growl of a life-threatening system and short of breath, that sees in the its own defeat in its confrontation with Russia the ultimate reason of its end. The American economy is based on a total debt that can not be repaid, and that sooner or later will trigger a total economic crisis. Plunder the wealth of other nations can only postpone the surrender of economic accounts, certainly not prevent it.

On the other hand, Russia would disappear if she came out defeated from this confrontation. The Americans attack because they pursues a senseless dream of global domination, Russia reacts because she simply wants to survive, taking refuge in her traditional values which do not include Frankenstein foods, marriages between persons of the same sex and religion subservient to finance as in the Western world. The game is decided in Damascus: Russia borders in the south with Syria.